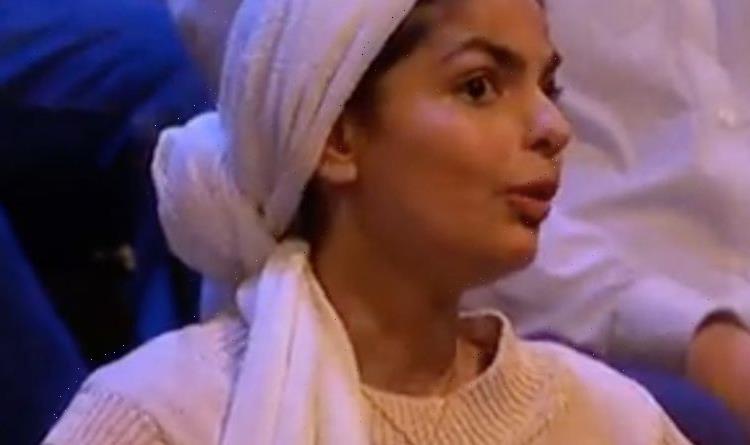 A young BBC Debate Night audience member has slammed COP26 leaders, asking “Why would we allow the people who have caused the climate crisis to have a stake in the future?”. The woman’s outburst came two days into the global summit where world leaders will seek to reach an agreement on how to best tackle the climate crisis. Measures to curb deforestation by 2030 and slash methane emissions have already been announced.

“I’m Pakistani, and my question is specifically for the oil industry and the finance.

“So my people have been blown up for oil, their limbs have been severed, and there have been heads detached from bodies for oil.

“I think using the word indigenous is very interesting when talking about carbon emissions because carbon does not exist on top of the UK and sits there.”

She went on: “Actually, it’s a global issue.

“So you’ve made it here, it affects me in Pakistan.

“My question for you is, why would I, why would we the collective allow the people who have caused climate crisis have a stake in the future?

“Why should we let the people who have stabbed us to be the surgeons?”

The US will announce measures to prevent millions of tonnes of methane from entering the atmosphere.

These aim to tackle methane leaking from oil and gas rigs across the US.

Many countries are cutting emissions of the gas by at least 30 percent by 2030.

However, some of the world’s top methane emitters including China, Russia, and India are not among them.

Wednesday marks finance day at COP26 global summit in Glasgow, with Chancellor Rishi Sunak set to lead delegates in debates on how to business world can help tackle the crisis.