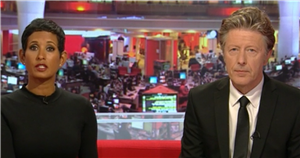 Television broadcaster BBC has announced a major TV schedule shake-up over the next 24 hours to mark the death of Queen Elizabeth II.

On Thursday afternoon, Buckingham Palace announced the death of Her Royal Highness, who had passed away "comfortably" at Balmoral Castle at the age of 96.

The UK has now entered a period of national mourning which will last until the day of her state funeral.

As a result, many of the nation's TV channels have cancelled their planned schedules, with BBC now prioritising rolling coverage and dedicated documentary's following Her Majesty's 70 year reign.

The changes to the TV schedule will continue into this evening.

Entertainment shows such as Doctors, EastEnders and Bargain Hunt have been moved onto BBC Two while the country mourns the loss of its longest reigning monarch.

The BBC have also confirmed that there will be no commercial breaks in their main channel coverage this evening.

The flagship channel first implemented their schedule changes on Thursday (September 8) following the announcement from the Palace that the Queen was under medical supervision at Balmoral after doctors became "concerned for her health".

Later that afternoon, with many members of her immediate family around her, Buckingham Palace released a statement confirming her passing.

You can also get email updates on the day’s biggest celeb stories straight to your inbox by signing up for our showbiz newsletter .

Keep up-to-date with your must-see showbiz stories, features, videos and pictures throughout the day by following us on Facebook at facebook.com/DailyStarShowbiz