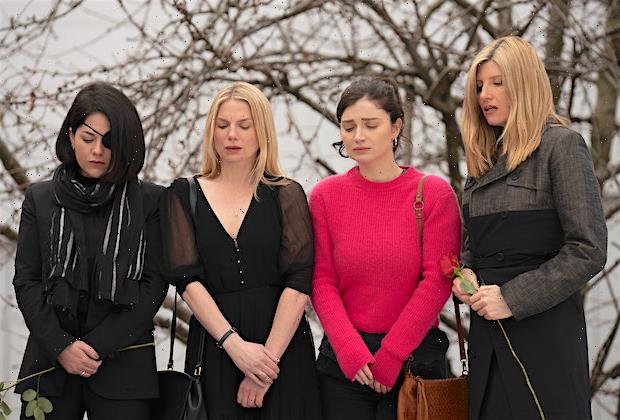 Apple TV+’s Bad Sisters will have a chance to get even worse: The streamer has renewed the dark comedy starring Sharon Horgan for a second season, TVLine has learned.

Horgan (Catastrophe) stars as Eva Garvey, the protective older sister of Grace (Anne-Marie Duff), whose abusive husband John Paul (Claes Bang) suddenly dies under mysterious circumstances. We learn through flashbacks that Eva and her other sisters all hated John Paul and secretly plotted to murder him, while after his death, a life insurance agent starts to suspect they’re responsible for the crime. Eva Birthistle, Sarah Greene, Eve Hewson and Brian Gleeson lead the supporting cast.

“If you’d have told me three years ago that I’d be making a series about five murderous sisters chasing a man around Ireland trying to kill him, I’d have said: ‘Yeah, that sounds about right,’” Horgan said in a statement. “The response to our show had been beyond what we could have hoped for. It gave us the opportunity to shine a light on stories that don’t always get such a global platform. I look forward to getting chilly in the Irish Sea one more time.”

Bad Sisters debuted on Apple TV+ in August with a 10-episode freshman season, which wrapped up last month. Horgan serves as writer and executive producer as well as star.

TVLine’s Streaming Scorecard has been updated to reflect the news. Were you hoping to spend more time with Apple’s Bad Sisters? Drop your thoughts on the renewal in the comments below.