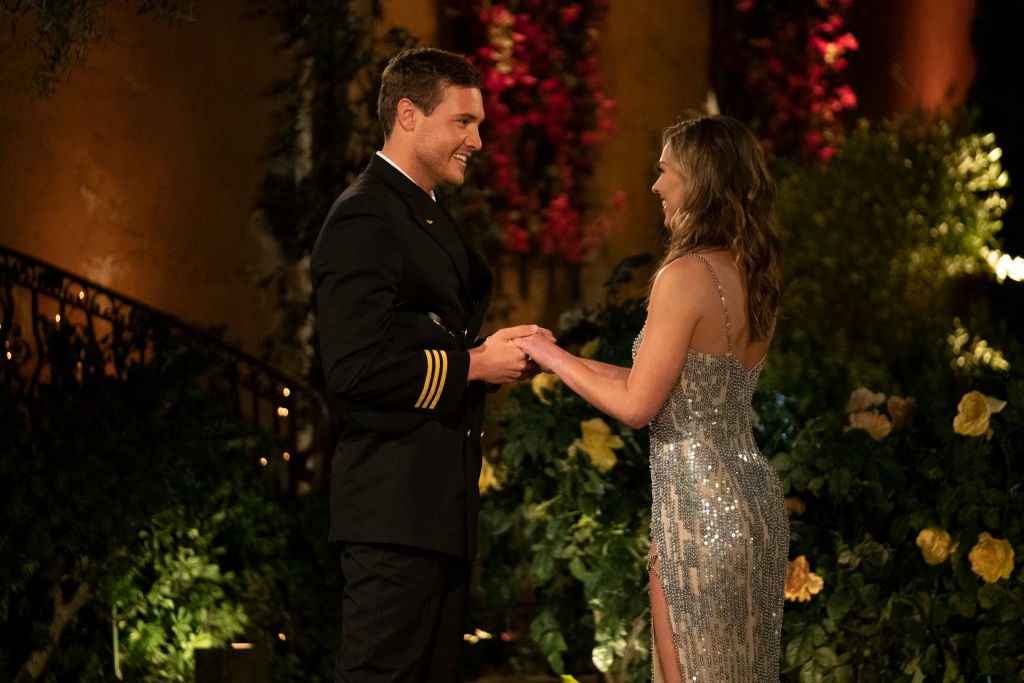 This season of The Bachelorette keeps getting more and more dramatic as Hannah Brown inches closer to (hopefully) finding her future husband. While fans have been anticipating the explosive moment with Luke Parker since the beginning, there have been a few other twists and turns that no one could have guessed. Jed Wyatt, one of the first men Hannah admitted falling in love with, allegedly had a girlfriend waiting for him at home when he went on the show. And Peter Weber, the fan-favorite pilot, is also in hot water after his ex came forward and slammed his character.

Fans have taken to Instagram to slam Wyatt for what his girlfriend said, but it seems they’re giving Weber the benefit of the doubt. Here’s what’s going on.

Peter Weber’s ex, Calee Lutes, says they were ‘crazy about each other’

Calee Lutes, Peter Weber’s ex-girlfriend, has officially told her story to the media about what allegedly occurred before Weber took off to take part in The Bachelorette. She told Entertainment Tonight that she and Weber met through a dating app in 2018 and dated long-distance with her in Georgia and him in California. “It was great, we were crazy about each other. Even though we lived on opposite sides of the country, we saw each other often — every week/every other week. It was as easy as a long-distance relationship could be,” she told the publication.

Not only were the two allegedly “crazy” for each other, Lutes notes they were getting extremely serious about where their relationship could be headed. “He wanted me to move out to L.A. to be with him, and he wanted us to get an apartment together. I was open to moving out there for a year or so, to give our relationship a fair chance, but he told me he didn’t want me out there temporarily … he wanted me out there ‘forever,’” she added.

Lutes thinks Weber went on the show for fame

Unfortunately, while Lutes claims she and Weber discussed living together, having kids, and staying with each other forever, she told Entertainment Tonight that the relationship ended extremely abruptly. According to Lutes, Weber FaceTimed her just a few days after Christmas to end the relationship. “I didn’t understand why it was so urgent to end things so suddenly. I thought there was another girl, so I looked at his recent followers on Instagram, and noticed that a Bachelorette producer had recently followed him,” she said.

As for why Weber would go on the show at all, Lutes told ET that she believes he wasn’t actually looking for love. “He definitely didn’t go on the show for the right reasons. I believe he went on it for the chance at fame, and he got what he wanted,” she added.

Could it be true that yet another one of the men who was vying for Hannah Brown’s heart could be a smooth-talking player wishing to attain fame? While the truth always comes out eventually, fans still seem to adore Weber and are showing their support for him on Instagram.

As one fan commented on this Instagram photo, “Y’all they dated for 5 months. I mean they were broken up for almost as long as they dated before he went on the show.” And another added, “He dumped her months before the show. It was most likely not because of the show. Give me a damn break.” Yet another posted, “A spiteful ex that just blew his chance at the Bachelor even though he ended things months before filming started and y’all are believing it?”

Fans would absolutely adore seeing Weber as the next Bachelor star even with the drama, so it’s clear his ex-girlfriend didn’t have as much impact as Jed Wyatt’s. We’ll have to see what’s next for Weber in the future.