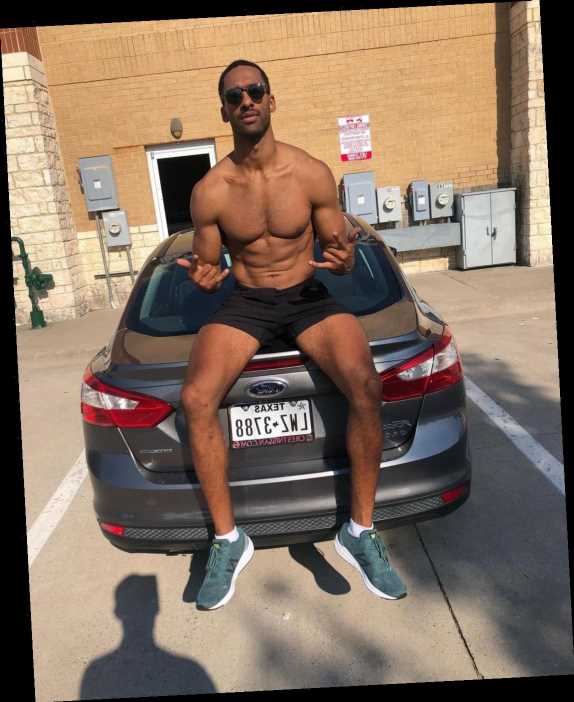 No shirt, no problem! Matt James, a 29-year-old real estate broker, will make his debut as the season 25 Bachelor on Jan. 4. Originally slated to be a contestant on Clare Crawley’s season of The Bachelorette, he quickly charmed producers who “all agreed he would make a perfect Bachelor,” said president of ABC Entertainment Karey Burke. We couldn’t agree more!

Put a Ring (Light) On It Speaking to Good Morning America in July after his casting was announced, James appeared to be dressed in a business casual ‘fit — but out of the camera frame, he cheekily went pantsless, which his close pal and former Bachelorette contestant Tyler Cameron thankfully captured on Instagram. James and Cameron first met in college at Wake Forest University, and they’ve been BFFs ever since. The pair, who are roommates in New York City, also quarantined together at the start of the coronavirus (COVID-19) pandemic in Florida with a few friends, providing some of the most, uh, engaging (read: shirtless) TikTok content along the way.

The social media star literally made waves with creative videos like this one, in which he created the illusion of surfing using a skateboard and a tarp. This one’s for the horse girls! James proved that his athletic abilities go beyond his brief stint as a professional wide receiver in the NFL, sharing a smiling shot of himself horseback riding on Instagram. Looking good shirtless is par for the course for James at this point. All in favor of shifting golf course dress code to allow for more of this, say “Aye.”

In addition to his sporty background, James also has a degree in economics and worked for PNC Bank before becoming a research analyst at a commercial real estate company. This is also what we assume every contestant on his season did upon finding out she made the cut. Get to know the 32 women who’ll be competing for James’ heart here.

Is this video in slow motion, or is that just my heart stopping?

Put Your Hands Together As the first Black Bachelor, James admitted that he “feel[s] a load of responsibility” in a PEOPLE sneak peek of the first episode. Speaking about his historic casting, he explained further, “I feel like my experience isn’t everyone’s experience. I can only go and speak on things that I’ve experienced and live out my truths and do the best I can to represent who I am and how I was raised.” From popping champagne in the Hamptons to toasting the possibility of new love on TV, James has come a long way in four years.

Long before TikTok and Instagram Reels came around, James was already showing off his moves — barefoot and shirtless in the snow, no less!