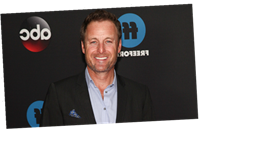 The Bachelor host Chris Harrison has apologized for comments he made during a recent interview with former Bachelorette Rachel Lindsay, on Extra.

“To my Bachelor Nation family — I will always own a mistake when I make one, so I am here to extend a sincere apology,” Harrison said in a tweet Wednesday night. “I have this incredible platform to speak about love, and yesterday I took a stance on topics about which I should have been better informed. While I do not speak for Rachael Kirkconnell, my intentions were simply to ask for grace in offering her an opportunity to speak on her own behalf. What I now realize I have done is cause harm by wrongly speaking in a manner that perpetuates racism and for that I am so deeply sorry.”

In the interview, Harrison and Lindsay were discussing photos that recently emerged of Rachael Kirkconnell, the current frontrunner of this season’s The Bachelor. The photos, for which Kirkconnell has come under scrutiny, showed the 24-year-old attending an antebellum plantation-themed fraternity formal in 2018. The photos drew a reaction on social media, due to the painful and racist history of the Antebellum South ahead of the Civil War.

Harrison defended Kirkconnell’s reputation, saying the photos were taken a long time ago and he also spoke out against cancel culture.

“I haven’t talked to Rachael about it,” Harrison told Lindsay. “We all need to have a little grace, a little understanding, a little compassion. Because I have seen some stuff online — this judge, jury, executioner thing where people are just tearing this girl’s life apart and diving into, like, her parents, her parents’ voting record. It’s unbelievably alarming to watch this. I haven’t heard Rachael speak on this yet. Until I actually hear this woman have a chance to speak, who am I to say any of this? I saw a picture of her at a sorority party five years ago and that’s it.”

“Well, the picture was from 2018 at an old South/Antebellum party, so that’s not a good look,” Lindsay replied.

Harrison maintained he’s “not defending it,” but said people aren’t looking at the party “under the same lens” now.

“It’s not a good look ever,” Lindsay said, before emphasizing the slavery component in regards to being Black. “She’s celebrating the old South. If I went to that party, what would I represent?”