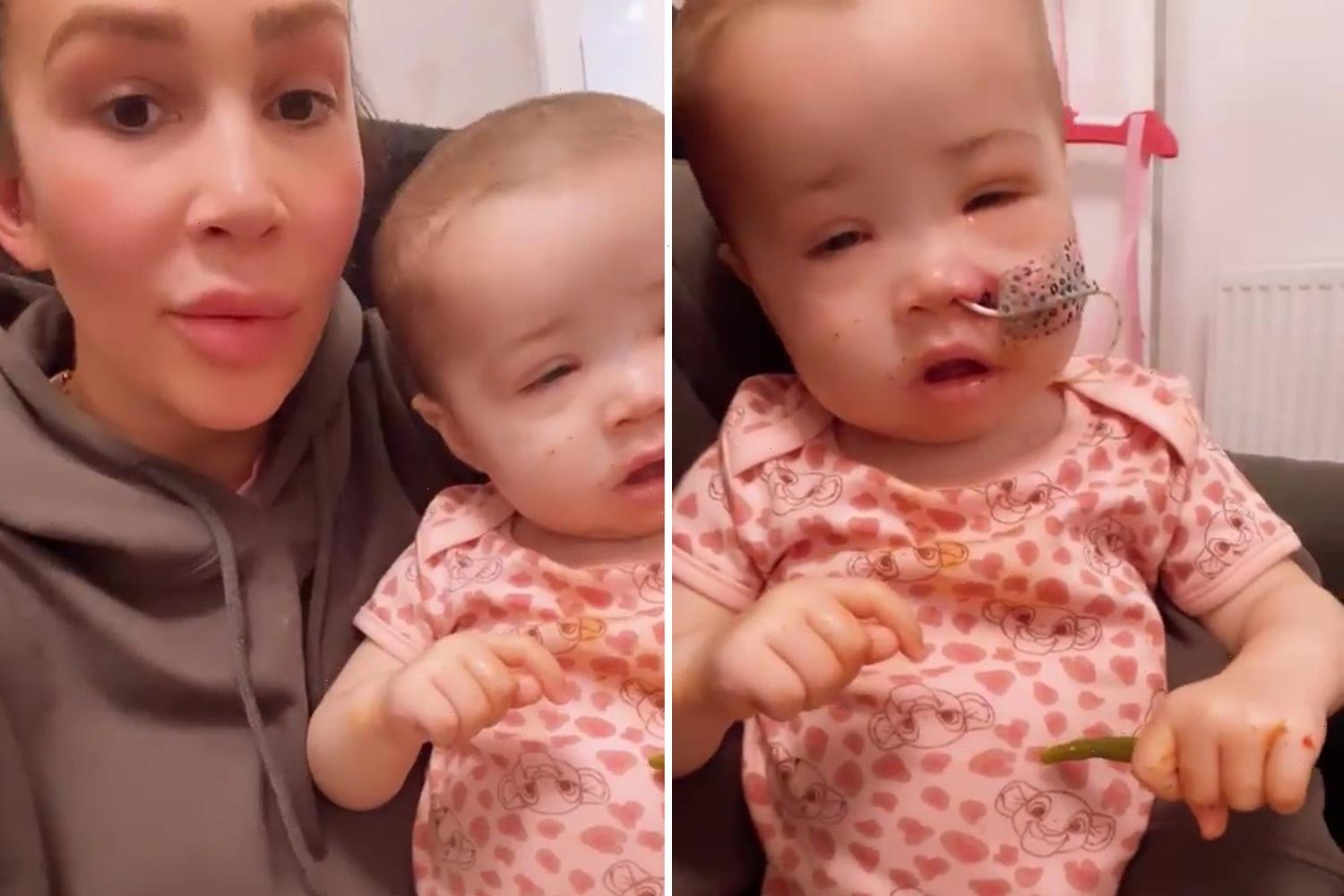 Proud mum Safiyaa shared a video of her eight-month-old fighter sharing her dinner with her. 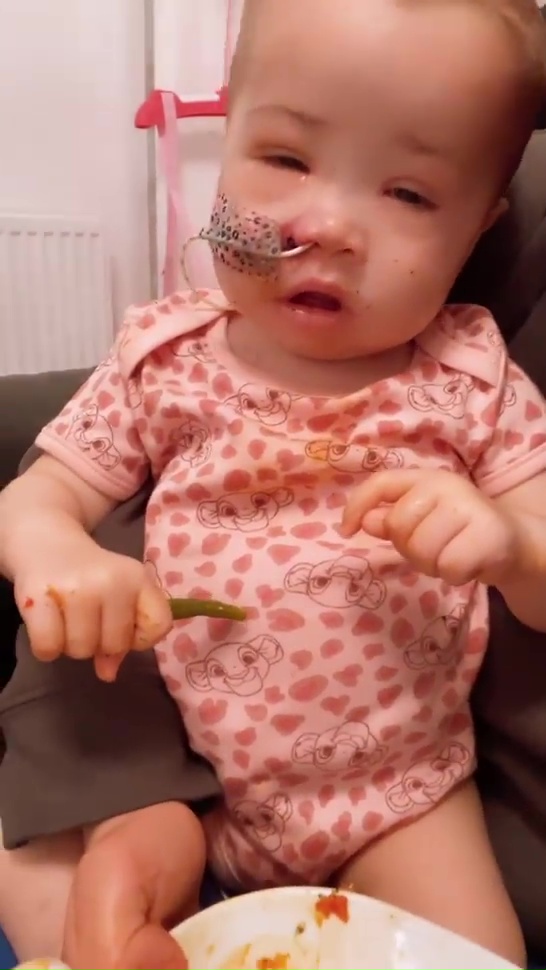 She told her followers:  “We have Azaylia’s grandma here and she has just made some dinner for me and look who's eaten her greens?”

Alongside another video, Safiyaa wrote:  “She has just had so much fun with my dinner and it’s the first time she’s eaten in about two weeks. She amazes me.”

Ashley and Safiyya are determined for Azaylia to spend her final days surrounded by love, family, and fun after they were given the devastating news that her leukaemia is terminal at the end of last month.

The couple have both paid tribute to their support networks, with Safiyaa revealing her brother has been there every day for her. 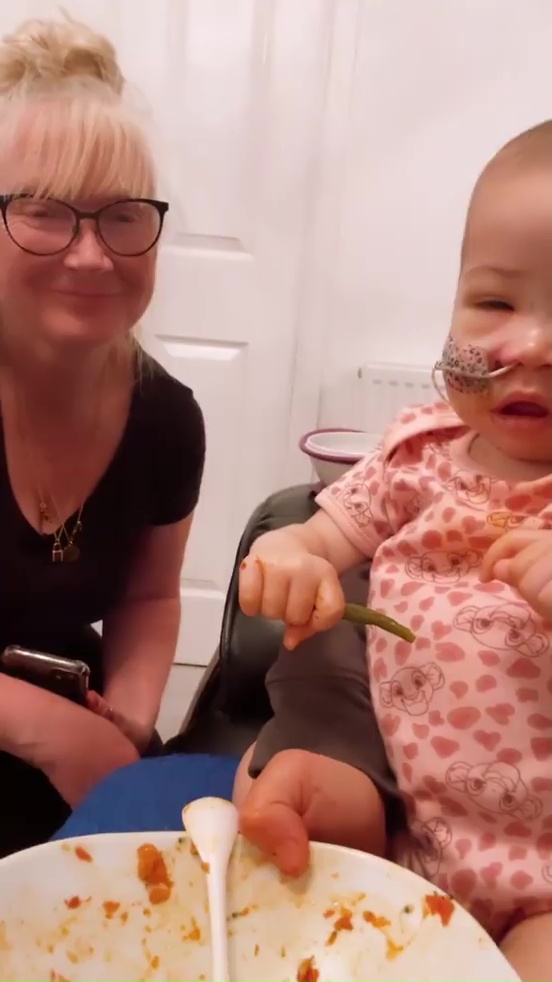 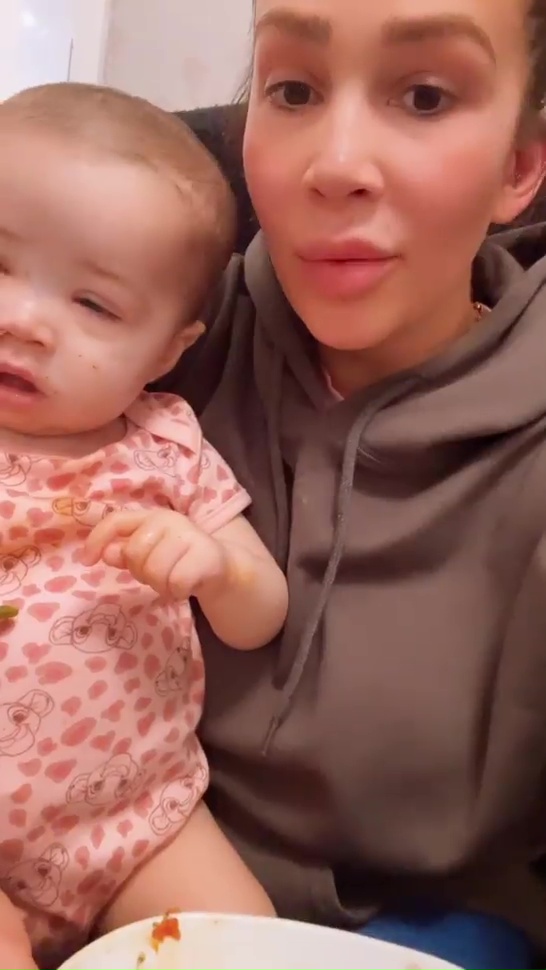 Ex On The Beach star Ashley thanked his mum Vicky and sister Alissia for their continued support.

He shared a sweet picture of them cradling Azaylia as they spent quality time together.

"These two people have been here right from the start," said Ashley. 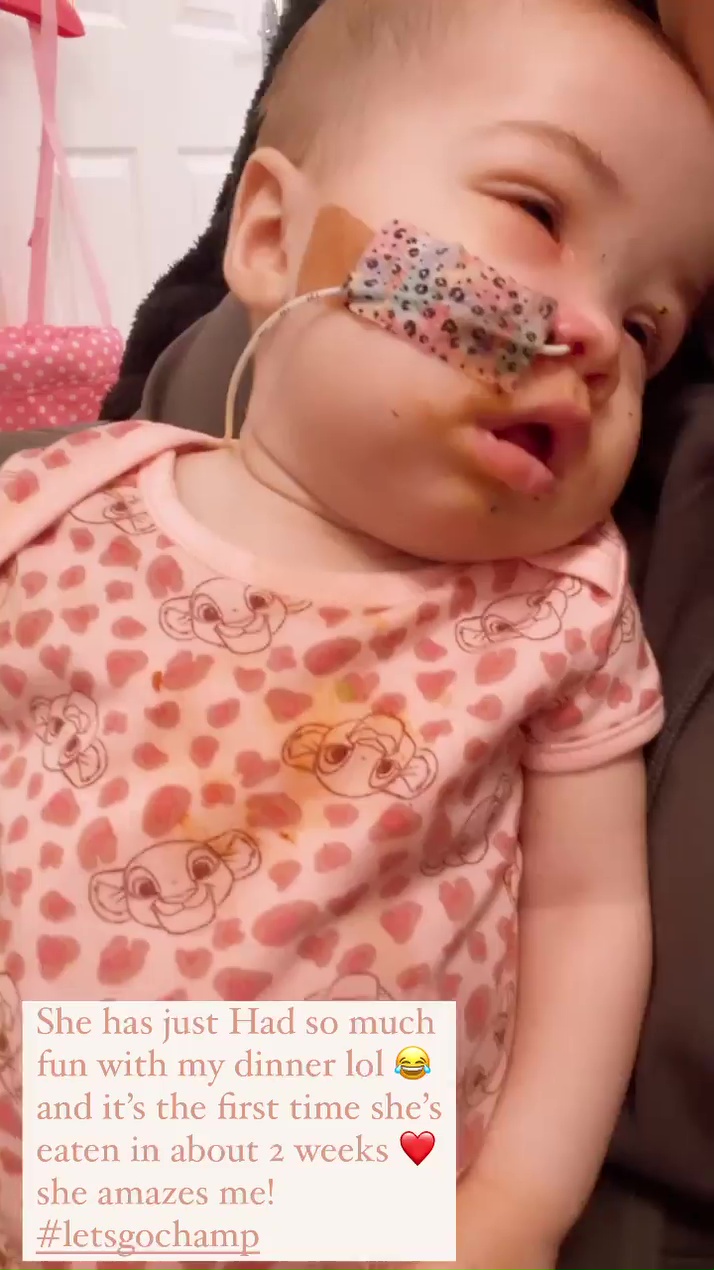 "Being a rock for me and my partner throughout this journey.

"Now visiting every day to make it more homely and help us out with the care of Azaylia.

"No task has been too big and the selflessness of these two people is incredible.

"My mum and my sister, Azaylia's grandma and auntie. 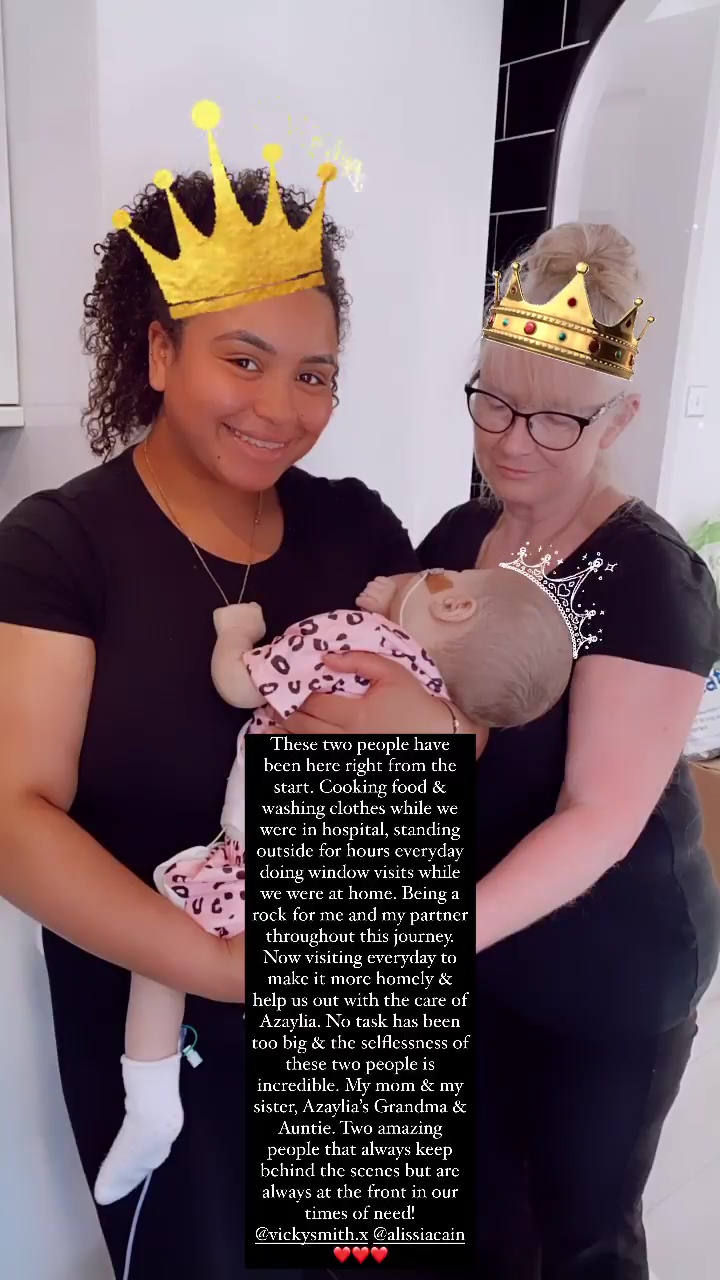 "Two amazing people that always keep behind the scenes but are always at the front in our times of need."

Yesterday, Safiyaa revealed that "struggling" Azaylia is now on oxygen at home after she was rushed to hospital again – where she had another blood transfusion.

She has also lost movement in half of her face due to tumours on her brain.

Last month, Ashley and Safiyya raised over £1 million to take Azaylia to Singapore in a last-ditch attempt to save her life – but were left devastated when they were told the specialists in the country could not help. 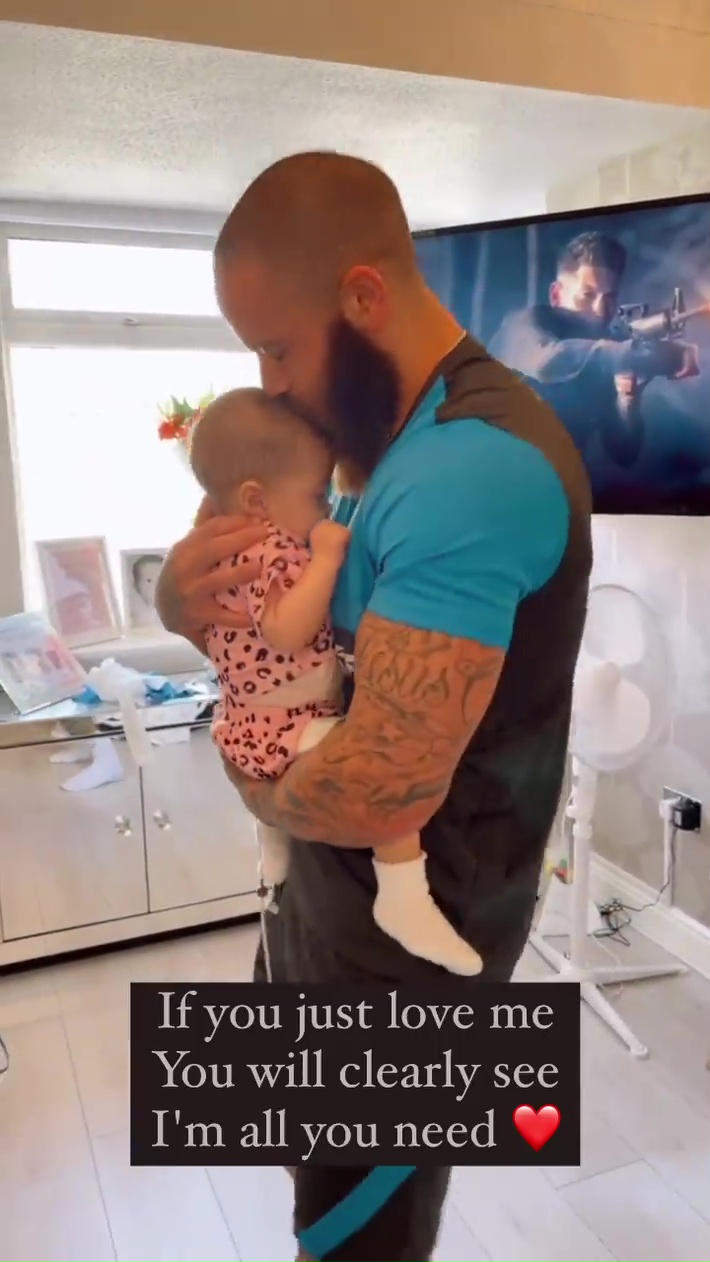 Doctors in the UK then discovered tumours throughout Azaylia's body, including her brain and spleen, and delivered the heartbreaking news that they'd run out of options to treat her.

They have had regular trips back into A&E to keep Azaylia comfortable, with the eight month old having blood transfusions after crying blood, and bleeding from her nose.

Safiyya has also revealed purple bruises all over Azaylia's body as the leukaemia prevents her blood from clotting.

Azaylia was born in August and diagnosed with the illness at just eight weeks old, with Ashley and Safiyya marking her "eight month birthday" at the weekend.

She has won the hearts of the nation throughout her ordeal, and has been nominated for a Pride of Britain award, and people across the UK also took to their doorsteps to "Clap for Azaylia" earlier this week.