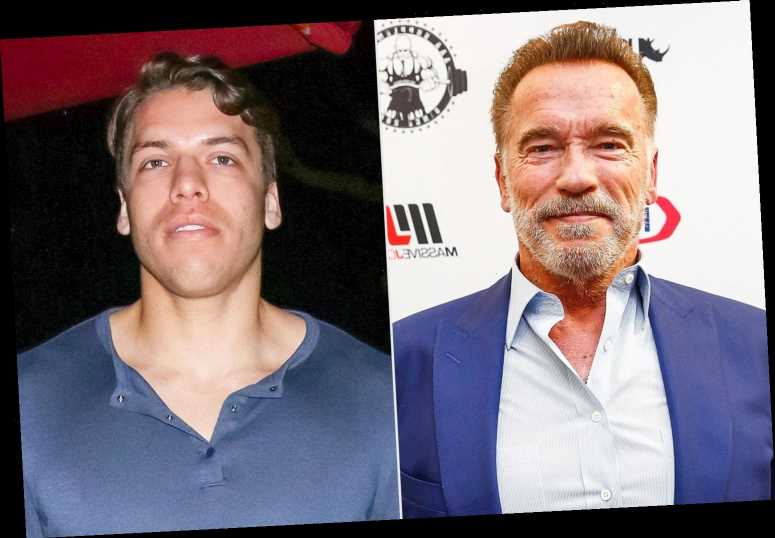 On Saturday, Arnold Schwarzenegger celebrated his son's 23rd birthday with a tribute on social media. "Happy birthday @projoe2! I love watching your progress with your training, your work, and in every part of your life," the proud father shared alongside a photoshopped photo of Baena.

"I can't wait to see what’s coming next. I love you!" said the actor, who is also dad to sons Patrick, 26, and Christopher, 23, as well as daughters Christina, 28, and 30-year-old Katherine Schwarzenegger Pratt.

Baena is Schwarzenegger’s son with Mildred Baena, who was his former housekeeper.

Happy birthday @projoe2! I love watching your progress with your training, your work, and in every part of your life. I can’t wait to see what’s coming next. I love you!

The birthday boy also shared a post to mark his special day, posting a photo of himself in front of balloons while thanking everyone for the birthday wishes.

"So thankful for all your birthday wishes!!! A new year around the world and I’m more ready than ever to work my hardest on everything I do. Also… Happy World Smile Day!!! Love you all," he wrote.

Last month, the father-son duo were spotted spending some time together in Los Angeles. The actor and Baena were photographed enjoying a bike ride for which Schwarzenegger wore a Terminator-inspired shirt.

Schwarzenegger's casual black T-shirt featured a special message reading, “We’ll Be Back,” a play on his 1984 film Terminator in which he played a killer robot and said the iconic words, “I’ll be back.”

In April, the actor — who celebrated his 73rd birthday with his family in August — stepped out for a bike ride with son Patrick and daughter Christina while wearing a similar Terminator-themed accessory.