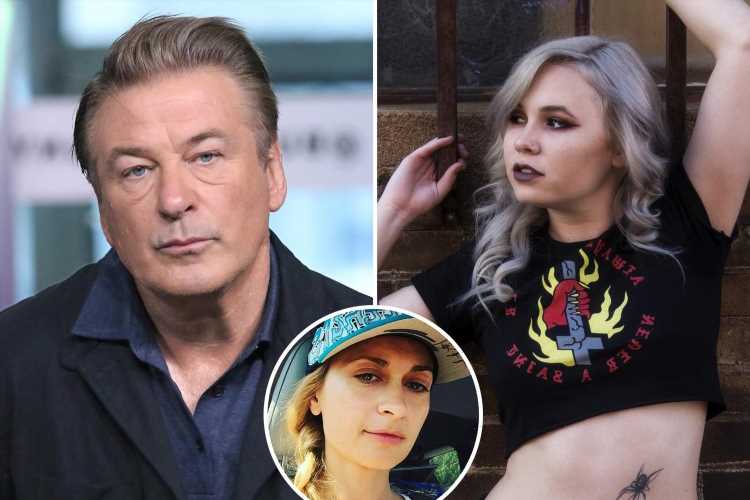 THE armorer who handled the "loaded gun" before the fatal shooting on Alec Baldwin's set has shut down her social media accounts. 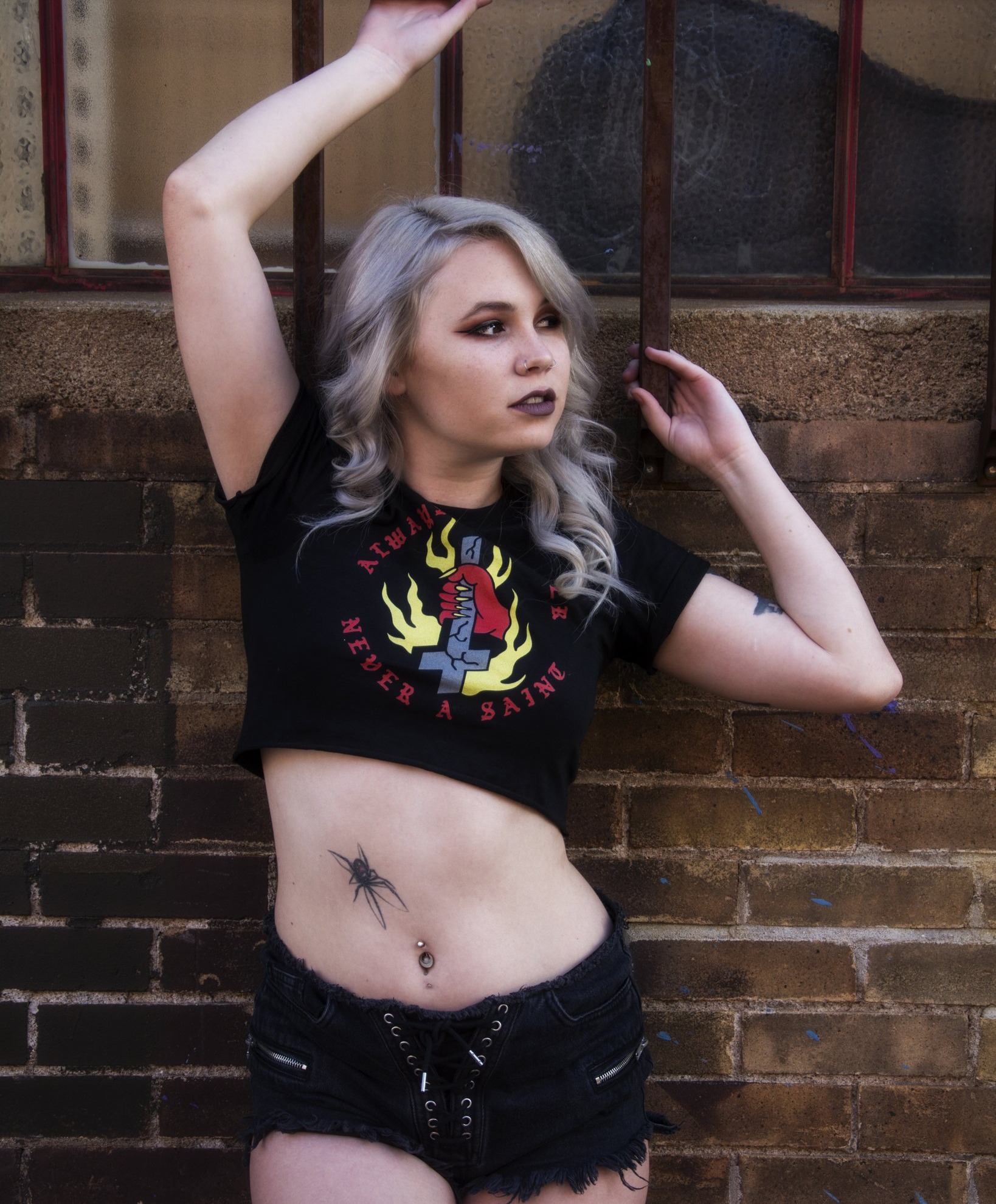 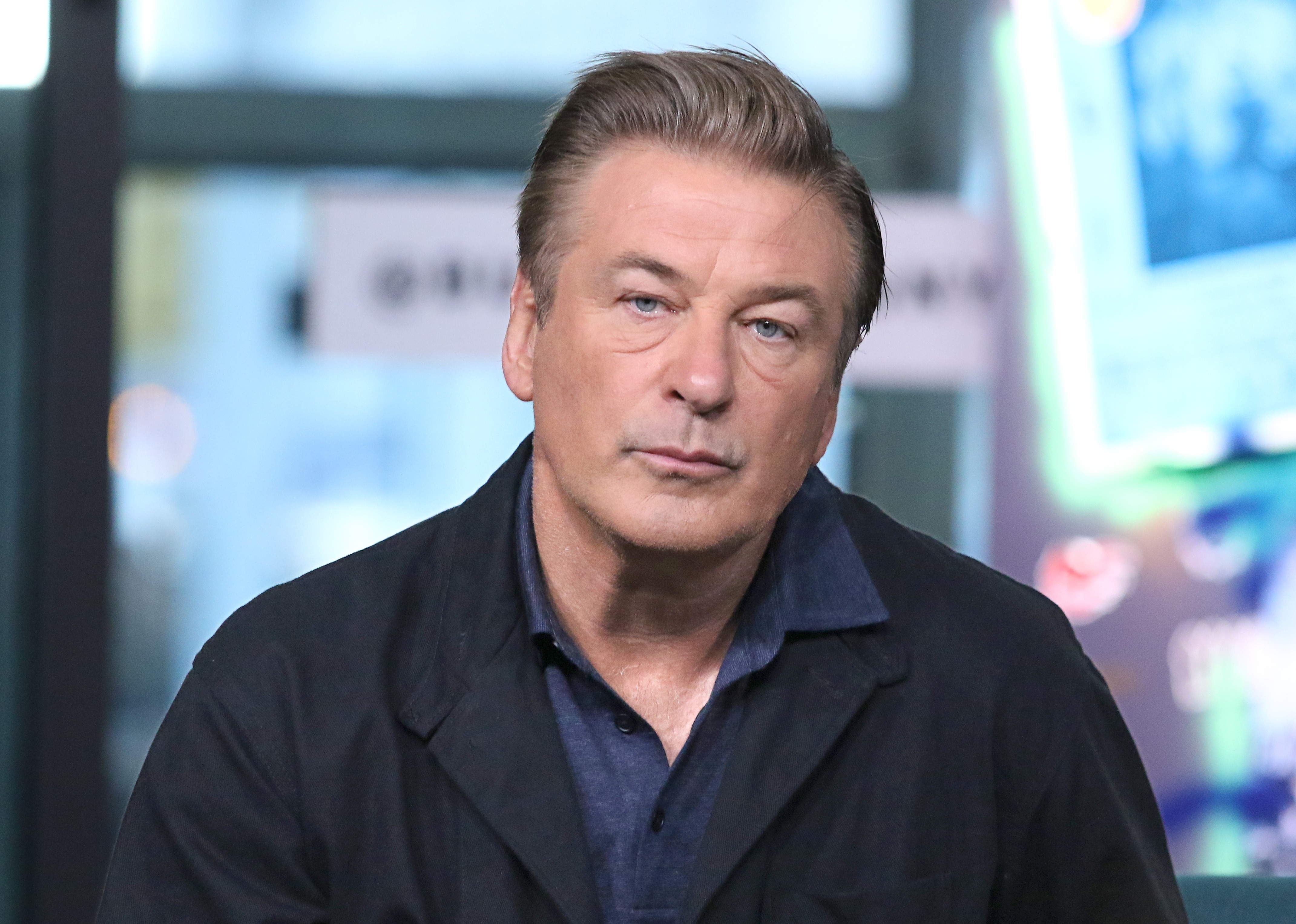 Sources have said that she cancelled her social media accounts, including one under the name "no_son_of_a_gun" on legal advice following the tragic shooting.

This follows reports that filming was halted on a set Hannah Gutierrez Reed was previously working on because she "gave a gun to a child."

Two production sources revealed that filming on set of her last movie was briefly stopped after she allegedly gave a gun to an 11-year-old without checking it properly.

“She was a bit careless with the guns, waving it around every now and again,” one source told The Daily Beast.

The source, who worked alongside Hannah Gutierrez-Reed on the upcoming Nicolas Cage film, The Old Way, continued: "There were a couple times she was loading the blanks and doing it in a fashion that we thought was unsafe.”

The armorer was described as being “inexperienced and green” by a Rust production source.

They explained that there were at least two previous incidents of guns being unsafely discharged by other crew members before the tragic incident on Thursday.

They insisted that she should have checked the weapons were safe before handing it to Baldwin.

Hannah previously told a podcast that she almost didn't take the job, her first as head armorer, because she wasn't sure if she was "ready" for it.

Speaking on Voice of the West podcast last month, she discussed working on The Old Way.

She said: "It was a really bada** way to start off a really long and cool career, I’m hoping. I just finished up working on The Old Way with Nicolas Cage, his very first Western.

"It was also my first time being head armorer as well. You know, I was really nervous about it at first, and I almost didn’t take the job because I wasn’t sure if I was ready, but, doing it, like, it went really smoothly."

This comes after Alec Baldwin was "inconsolable for hours' after fatal Rust shooting as actor "cancels other projects".

The actor, 63, is looking "to take some time to himself and re-center himself" after director of photography Halyna Hutchins was killed, and director Joel Souza was critically injured by the prop gun.

"This was pretty devastating," a source told PEOPLE.

"This is how he handles difficult times. Whenever something bad happens, in the short term, he removes himself from [the] public eye."

They added that Baldwin was "hysterical and absolutely inconsolable for hours" following the shooting.

"Everyone knows this was an accident, but he's absolutely devastated," they continued.

The gun Baldwin fired in the fatal shooting on the Rust movie set was handed to the actor loaded with a live round, according to a warrant from the ongoing police investigation.

The warrant says that an assistant director handed the gun to the actor and told him that it was "cold" before he fired it, fatally striking cinematographer Halyna Hutchins and injuring director Joel Souza on Thursday.

The warrant, obtained by the Associated Press, also says that the assistant director was not aware that the gun was loaded.

The gun that was fired was one of three laid on a cart by the film's armorer, Hannah Gutierrez-Reed.

Assistant director Dave Halls grabbed the gun from the cart, believing it was unloaded, and brought it inside to Alec, who was filming a scene, the warrant says.

It's not clear at this time how many rounds were fired.

'MY HEART IS BROKEN'

Baldwin broke his silence yesterday after accidentally shooting a cinematographer dead on set.

In a statement, Alec said: "There are no words to convey my shock and sadness regarding the tragic accident that took the life of Halyna Hutchins, a wife, mother and deeply admired colleague of ours.

"I'm fully cooperating with the police investigation to address how this tragedy occurred and I am in touch with her husband, offering my support to him and his family.

"My heart is broken for her husband, their son, and all who knew and loved Halyna."

Baldwin was quizzed by cops following the accident and was snapped sobbing outside a local police station in Santa Fe, New Mexico, according to local media reports.

One picture shows him distressed while chatting on the phone while another snapped him close to the curb with his hands on his knees.

The accident happened at around 1.50pm local time on Thursday.

In a statement first given to The Sun, Santa Fe County Sheriff Juan Rios revealed: “The sheriff’s office confirms that two individuals were shot on the set of Rust.

"Halyna Hutchins, 42, director of photography and Joel Souza, 48, director, were shot when a prop firearm was discharged by Alec Baldwin, 63, producer, and actor." 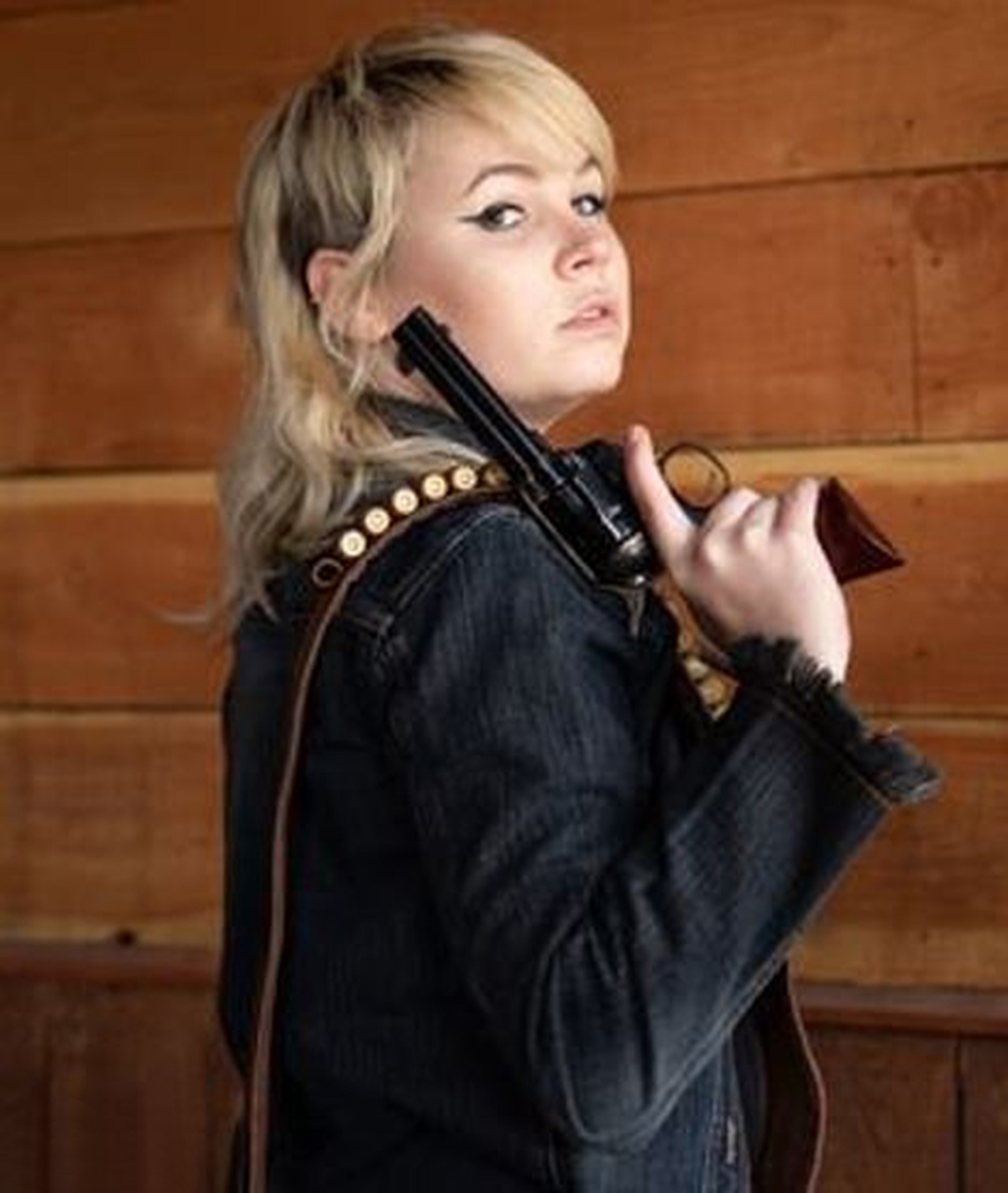 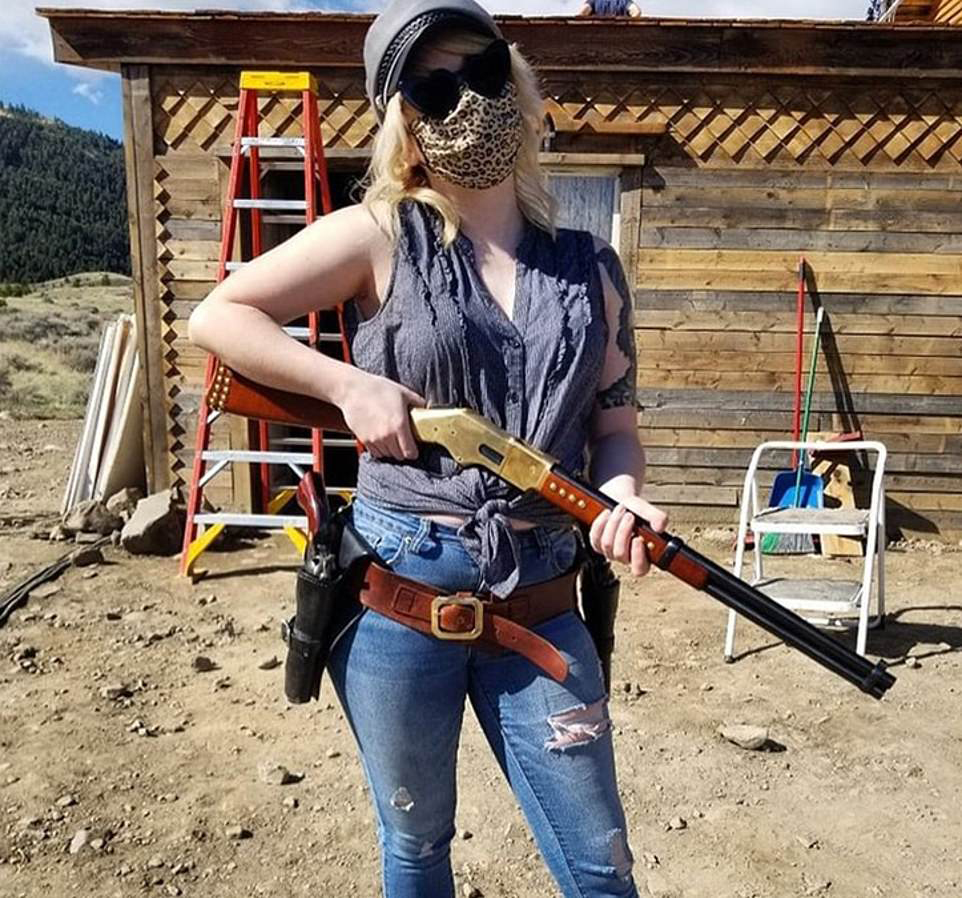 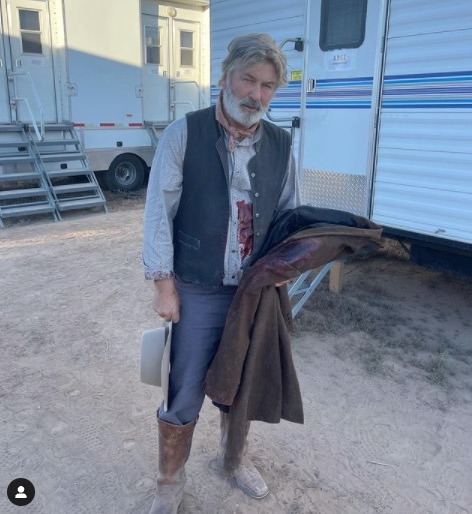 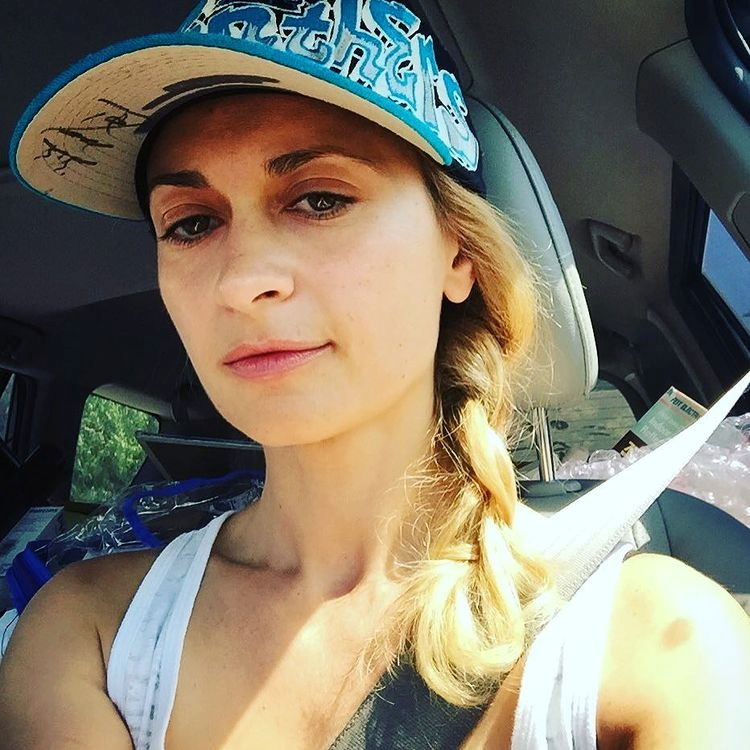