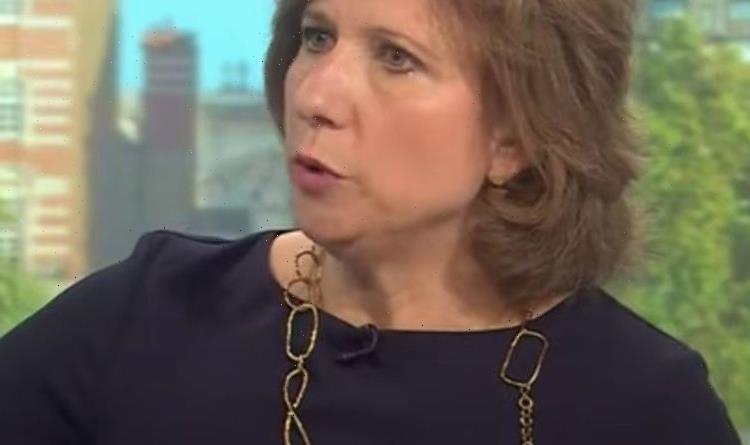 BBC presenter Jo Coburn has asked whether Tory MP Andrew Bowie is “out of touch” as she traded barbs with the politician over his party’s stance on Universal Credit. Number 10 confirmer the decision to remove the £20 weekly rise in Universal Credit benefit, which was brought in during the coronavirus pandemic, by October.

The BBC Politics presenter said: “Are you that out of touch, Andrew, with more people going into poverty?”

The MP said: “No, absolutely not.

“We’ve got more hours of free childcare available to everybody.

“We’re increasing the number of work coaches we have.”

Around 5.9 million people are receiving UC payments across the country.

The £20 weekly rise was brought in during the pandemic to help struggling families.

The Government has said the uplift will be removed by October as it was always intended to be a “temporary measure”.

Work and Pensions Secretary Therese Coffey has backed the cut to universal credit.

She told the BBC that removing the £20 uplift would only mean “two hours’ extra work every week” for claimants.

Labour called her remark “an insult to hard-working families”.

As PMQs took place in Parliament on Wednesday, 20 members and supporters of the Unite union chanted: “What do we want? Cancel the cuts! When do we want it? Now!”

Demonstrators held up signs saying “keep our families fed” and “a universal cut to Universal Credit is universally criminal”.

Kiran Khan, 26, used to be a Universal Credit claimant and called the decision to cut the increase “cruel”.

She told the PA news agency: “The current system obviously is not good enough in the first place. I feel like this £20 uplift is sort of like a sticking plaster on a system that is already not there to support people.

“I really hope they U-turn on this because it’s just so cruel that they are trying to do this during such terrible times for all of us.