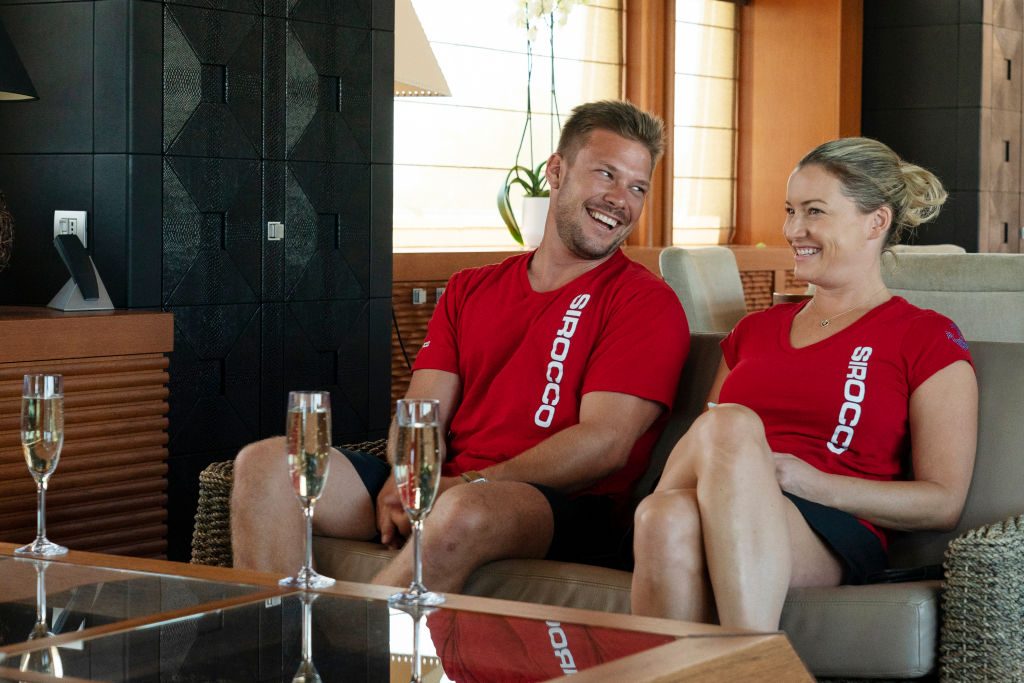 The truce between chief stew Hannah Ferrier and bosun João Franco from Below Deck Mediterranean may be over.

Franco and deckhand Colin Macy-O’Toole appeared on Watch What Happens Live with Andy Cohen and Franco made a comment about the chief stew. A viewer asked if deckhand Travis Michalzik had a chance to possibly date Ferrier.

Macy-O’Toole blushed and nodded that he could see Michalzik and Ferrier together. But then Franco said, “What is the old saying, ‘You don’t miss your chance, you miss your turn.’ But no, I’m kidding.” Kidding or not, Ferrier was not happy with the bosun’s comments and let him know on Twitter.

But they’ve come so far

What makes this slide backward so rough is the two were mortal enemies last season. After one night of drinking, Franco’s alter ego appeared and warred with Ferrier.

From there, (drunk or sober) the two clashed at every turn. When Franco started dating stew Brooke Laughton, the relationship strained Ferrier’s relationship with Laughton.

Ferrier and Franco even ended last season on a sour note and never appeared to make up. So when they returned this season not only being civil, but friendly to each other, viewers cheered. Franco says he watched his behavior last season in horror and made an effort to change.

After Franco made the comment about Ferrier and Michalzik, Ferrier tweeted about her annoyance. “Awwww. João slut shaming. What a surprise. Wish I could say it’s the only time you will see it this season. Stay tuned!!”

Franco tried to explain he was joking but no one was going for it. “I was kidding on WWHL, backed you up in more serious issues and this is how you respond? I don’t take what I said back. You were very respectful and never got involved. You were also there for me and you were a friend. Take a joke Hannah x.”

But Ferrier doubled down and wrote, “SLUT SHAMING IT NOT A F**KING JOKE.”

This stew backs her up too

This season of Below Deck Med features a very cohesive interior team. Ferrier has often been at odds with one of her stews, but this year she seems to have a tight and authentic bond with both Aesha Scott and Anastasia Surmava (who is now the chef).

Scott saw the tweets and backed Ferrier up. “You weren’t kidding. That ‘joke’ had to come from somewhere. I’ve been on the firing end of your slut shaming enough to know that!!”

Franco again tries to diffuse the situation. “Oh chill! Lighten up miss [kissy face emoji],” he wrote. “You hear the things that are said all round, all the time. I apologize if you took offense… banter, that’s all.”

But he probably should have just stopped there. I’ve slept with less people in the past year then you’ve declared your love for on insta so sit down,” Ferrier added. Plus a number of followers commented that his apology wasn’t a real apology. “Saying I apologize IF you took offense @hannahferrier_ is not an apology,” one person remarked.