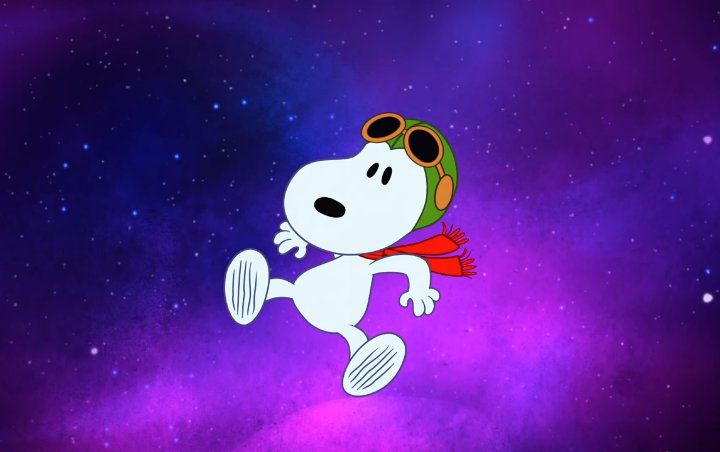 Announced in December, the new project follows ‘Snoopy as his dreams of being an astronaut become a reality when he and Woodstock tag along with the Peanuts gang on a field trip to NASA.’

AceShowbiz -Apple TV+ and DHX Media has treated fans with the first look at “Snoopy in Space“. Coming in the form of 55-second teaser, the video features Charlie Brown’s pet beagle Snoopy dreaming of being an astronaut.

It opens with Snoopy floating through the space 50 years since the first man walked on the moon. The pup is seen doing acrobatic moves while yelling his excitement. “Now it’s a dog’s turn,” the words flicker on the screen.

However, it turns out that it is just a dream. That doesn’t stop Snoopy from making his dream as an astronout as he enlists the help from the Woodstock. “It appears Snoopy is trying to blast off, Charlie,” Marcie says while looking at the sight. Sighing, Charlie responds, “Why can’t I have a normal dog?”

“Snoopy in Space” is set to follow “Snoopy as his dreams of being an astronaut become a reality when he and Woodstock tag along with the Peanuts gang on a field trip to NASA and are chosen for an elite mission into space. As Snoopy and Woodstock fulfill their dreams of astronaut training and space travel, Charlie Brown and the gang assist their friends from mission control.”

The teaser arrives to mark the 50th anniversary of the Apollo 11 moon landing back on July 20, 1969. Prior to this, Peanuts Worldwide and NASA signed the Space Act Agreement, which builds on a partnership that first began during the Apollo missions in the 1960s. NASA even named the Apollo 10 command and lunar modules Charlie Brown and Snoopy, respectively.

DHX announced the project with Apple back in December 2018. Working closely with its subsidiary Peanuts Worldwide, DHX Media said it would develop and produce original programming based on the Charles M. Schulz characters. Additionally, “Snoopy in Space” will not be the only “Charlie Brown” show that Apple has developed. In May, Apple TV launched the faux-documentary “Peanuts in Space: Secrets of Apollo 10”, on the Apple TV app.

“Snoopy in Space” is scheduled to arrive on Apple TV+ this fall, though the exact premiere date has yet to be announced.