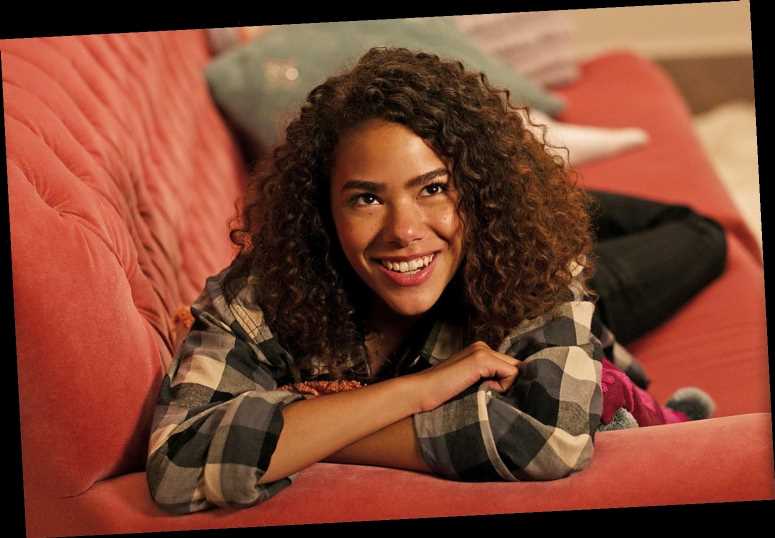 Antonia Gentry pulled from her real-life experiences as a biracial person for her role in Ginny & Georgia.

Gentry, 23, made a virtual appearance on The Ellen DeGeneres Show Friday, where she revealed that certain dialogue surrounding race issues and microaggressions were based on interactions the actress has had in her real life.

"There are moments where Ginny's friends, they have microaggressions that they put on her," she said. "Some of it comes from my own experiences."

Gentry pointed to several scenes in which her character's friends ask her "insensitive questions" about her ethnicity, hair and body, including "What are you?" and "I want to have mixed babies, but I don't want to deal with all of that hair."

"Those are things that were said to me by some of my peers growing up," Gentry said. "They didn't really realize how hurtful those comments were. To include them in the show I think is really important to bring up discussions about that." While Gentry's character Ginny has no problem standing up for herself in the Netflix series, the actress admitted that she wasn't always so strong — but filming the show helped her heal.

"When I was that age, I was confused. I didn't really address things in the moment," she said. "I didn't really understand why I felt so much like an outcast sometimes."

She continued: "Playing Ginny and playing those moments was very cathartic for me. I forgave myself, essentially, for not sticking up for myself. I forgave my friends for not being aware of what they were doing. It definitely brought me closure as an adult."

Ginny & Georgia follows the teenager and her young mom as they move to a new town and attempt to put down roots after years on the run.

The show premiered on Netflix last month, instantly becoming a hit and remaining in the streaming service's top 10 for several weeks — a stat Gentry jokingly credits her parents for.

"They are freaking out," she said on Ellen. "They are just over the moon talking about the show every single day. My mom has seen it 30 times, that's not an exaggeration."

"She has watched it nearly every single day," she added. "She's the number one fan, for sure."

Ginny & Georgia is streaming on Netflix.