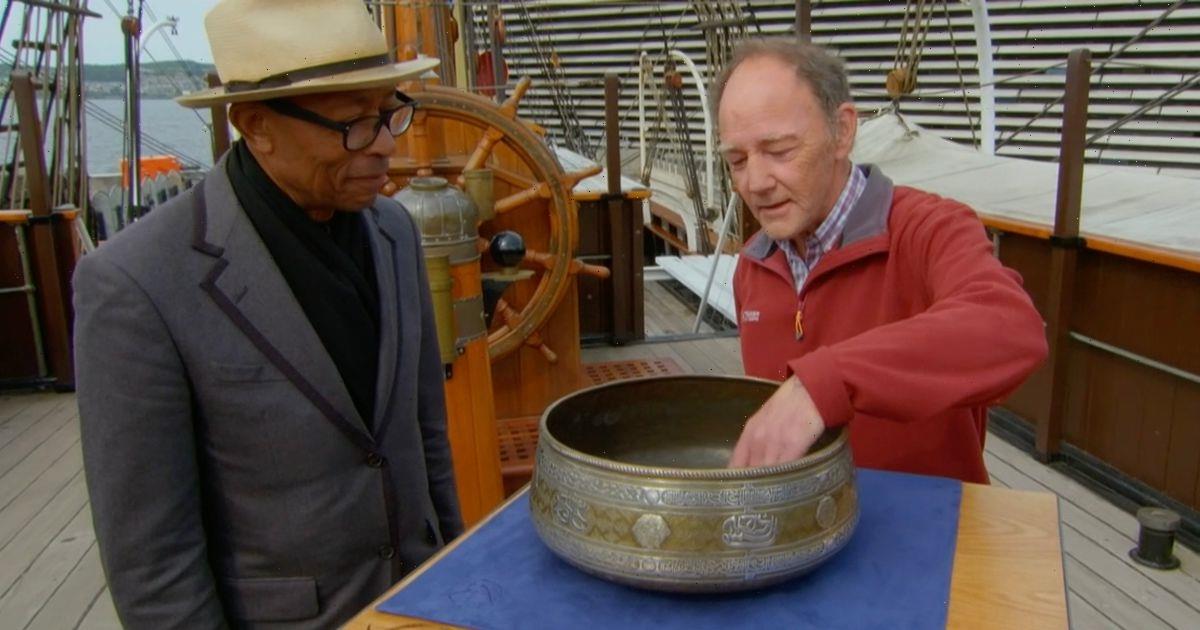 An Antiques Roadshow guest was overjoyed when he learned the staggering auction value of a £3 pot he bought at a car boot sale.

The man brought a large tri-metal container to V&A Dundee in Scotland, where expert Ronnie Archer-Morgan revealed the history and value of the bowl.

Appeared on Sunday's programme (June 13), the guest said he spent £3 from a car boot sale and used it as a "pocket dish" at home.

"You know when you go home and you empty your pockets?" he explained. "Well, my last dish was too small.

"[This one] is perfect, nothing falls out. You can throw it in there and it just stays in."

Ronnie then shared his insight of the metal piece to the guest and explained that the bowl was a Mamluk revival, in which the Mamluks were a warrior class of people in the Islamic world from the 9th century to about the 19th century.

Fascinated by the detailed works carved on the basin, the expert believed the metalware was either made in Syria or Egypt.

The bowl was in a grubby condition with dirt covering the markings until the guest polished it with care.

Ronnie said: "It's tri-metal actually, as you've got brass, silver and you've got little copper circles up here, it's a tour de force.

"Originally this sort of bowl would have been a food bowl back in the 15th century or the 14th century from which this style originated.

"But I like your use of it. I put pencils and objects in bowls and things all the time, but a piece like this one, it has a great value as well – greater than £3."

The man grinned from ear to ear and said: "So I've got a very classy pocket dish. Cool."

Ronnie added: "The classiest pocket dish that I've ever seen."