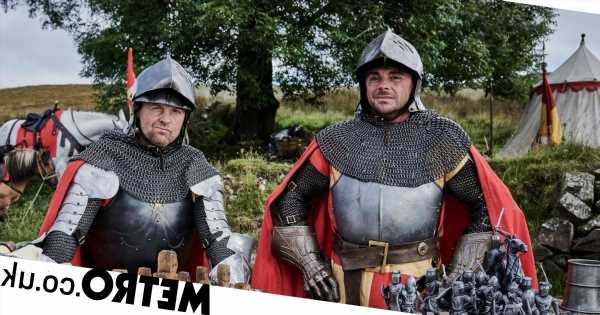 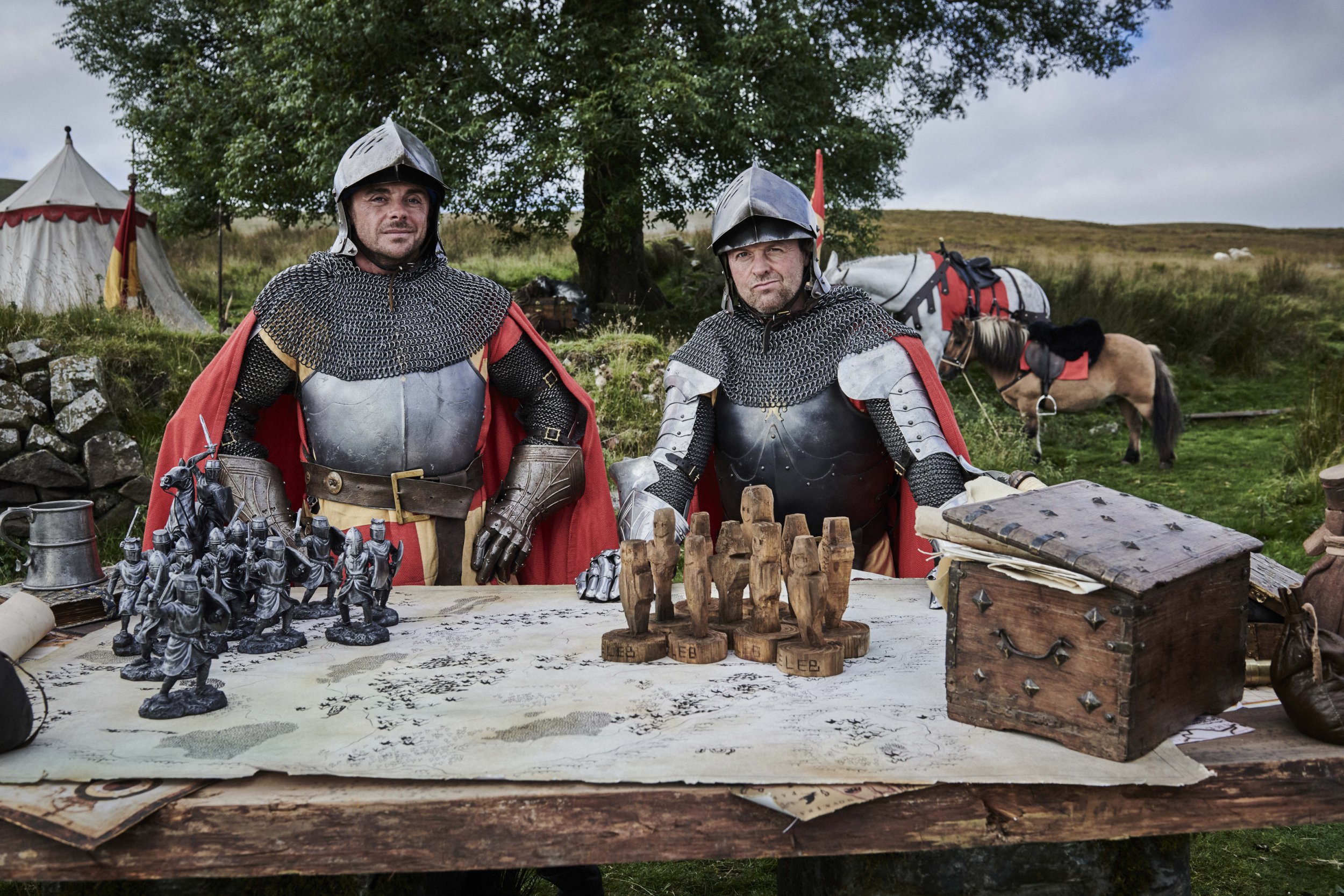 Ant and Dec are ready to welcome the next batch of stars into the I’m A Celebrity… Get Me Out Of Here! castle as they’re transformed into knights in shining armour ahead of the 2021 series.

Following the success of last year’s I’m A Celebrity at Gwrych Castle in Wales, the alternative destination chosen when it became apparent that Australia wasn’t on the cards, the ITV reality show is set to make a return to the spooky, medieval scene.

Rumours have been circulating like mad over which celebs are going to be entering the castle, with names floating around such as Maura Higgins, Frankie Bridge and Richard Madeley.

While the line-up is yet to be confirmed, one thing’s for sure – Ant McPartlin and Declan Donnelly are ready for battle, chain mail and all.

New pictures of the presenting duo show them getting into character, donning heavy-looking ensembles worthy of King Arthur’s Round Table.

In one photo, Dec – for once – towers over his co-host on an elegant white stallion, while Ant looks up at his friend from his small brown horse.

Another image shows them getting to grips with forest living, warming themselves up on a makeshift fire while hanging up their knights’ laundry and warming something up in a pot.

In the last picture, Ant and Dec have their game faces on, hinting at the shenanigans that the celebrities on the series can expect when they make their way to Gwrych Castle.

Ant and Dec stare pointedly at the camera while in front of them, figurines designed to look like warriors wait to be moved around a map.

Will the famous faces who enter the castle be similarly primed for war, or will they falter in the face of the gruesome challenges? We’ll just have to wait and see.

It was recently reported that Love Island star Maura has a high chance of being enlisted on the show after her split from Strictly Come Dancing professional Giovanni Pernice.

According to Ladbrokes bookies, she has 7/2 odds of joining the cast, with representative Jessica O’Reilly saying: ‘With her ex Giovanni making all the headlines on Strictly, a stint on I’m A Celebrity would be the perfect opportunity for Maura to create her own.’

I’m A Celebrity… Get Me Out Of Here! returns on ITV later this year.