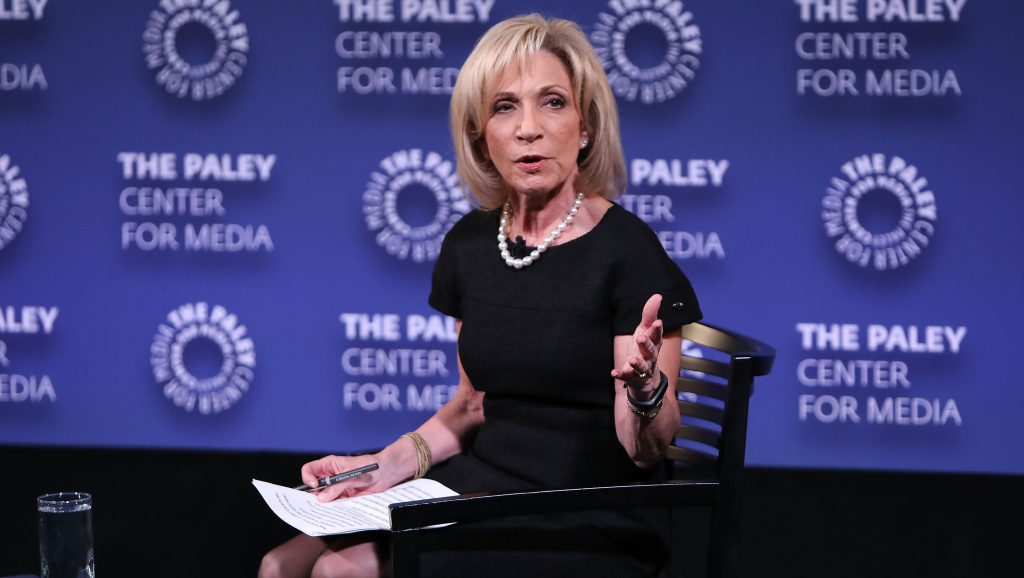 “Andrea Mitchell’s groundbreaking career has earned the respect of journalists around the world who aspire to match her standard of excellence,” NATAS president and CEO Adam Sharp said in announcing the honor today. “She is an icon. For more than 50 years, she has illuminated Americans’ understanding of domestic politics and international affairs, building esteem and trust with colleagues, world leaders, and most importantly, the viewers she informs. It is a privilege to present Andrea Mitchell with our Lifetime Achievement Emmy Award and to recognize her accomplished career as it steams into a sixth decade at NBC News.”

The honor will be presented September 24 during the News & Doc Emmys ceremony at Lincoln Center’s Alice Tully Hall.

Mitchell joined NBC News in 1978 as a general correspondent based in Washington, D.C. In
1979, she was named NBC News energy correspondent, reporting on the energy crisis and the Three Mile Island nuclear incident.

She also served as NBC News’ chief White House correspondent after covering Bill Clinton from the New Hampshire primary through the entire 1992 presidential campaign; she previously covered the White House during Ronald Reagan’s administration. She has covered every presidential election since.

In September 2005, Mitchell authored Talking Back, a memoir about her experiences as one of the first women to cover five presidents, Congress and foreign policy.