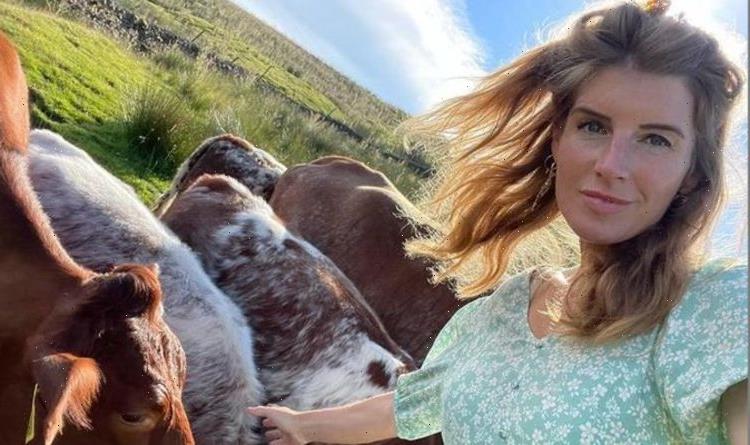 Amanda Owen is a former model who turned her attention to hill shepherding when she picked up a book about the topic by chance. Nowadays, she is known as The Yorkshire Shepherdess and stars in Our Yorkshire Farm on Channel 5. Amanda is shown to be a hands-on personality, looking after not only the land and livestock but her large family.

Amanda is married to Clive Owen who she has been married to for the past 21 years.

The couple lives and works on Ravenseat Farm in Upper Swaledale in Yorkshire.

They are tenants living at the beautiful rustic farmhouse which is owned by billionaire Robert Miller, the co-founder of DFS (Duty-Free Shops).

But they are not alone there as the couple have a whopping nine children together.

Their eldest daughter has already left home to study bio-medicine at the University of York.

Son Reuben has also recently started a new life for himself as he has begun an apprenticeship in mechanics.

But both of them are still around to help out with farming duties and the rest of the children from time to time.

How old is Our Yorkshire Farm’s Amanda Owen?

Amanda started her training to become a shepherdess when she was 21-years-old and now she is 46.

It was during her training that Amanda met her future husband Clive who is 20 years her senior.

Speaking about when they first met on Our Yorkshire Farm, Clive said: “This six-foot-something woman knocked on my door.

“I was very taken with her, you couldn’t not be.”

Amanda described the early days of their relationship as a “slow burn thing” but it turned out they were “like peas in a pod”.

Despite already having nine children, she hasn’t ruled out the possibility of having another.

She added: “I think I’m too old to have a tenth child. I don’t know, wait and see.

“There was never any family planning, so who knows?

Our Yorkshire Farm season four came to an end on Channel 5 earlier this year.

But there is no need to worry as the series has already been given a season five renewal.

There is no confirmed release date at this stage but it is said Our Yorkshire Farm will be returning later this year.

Our Yorkshire Farm is available to watch on Channel 5.