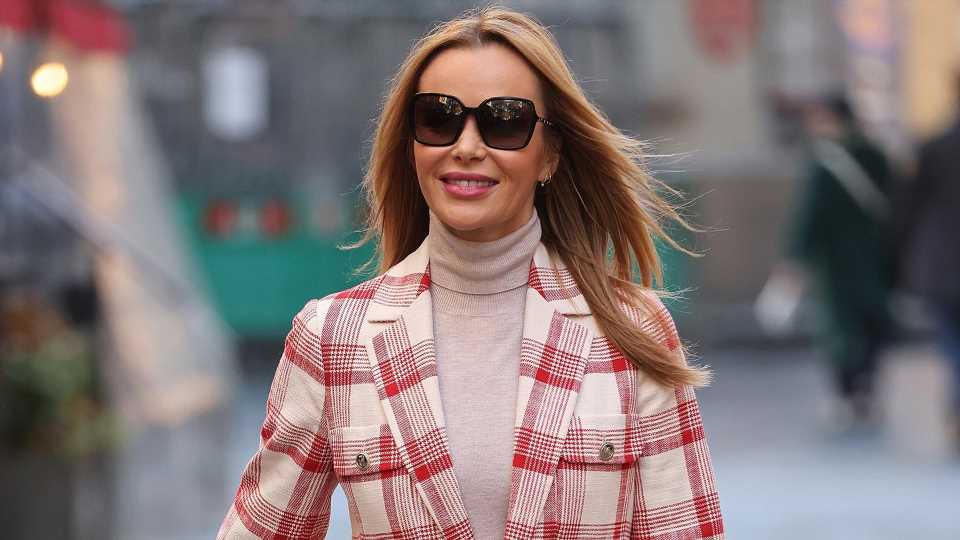 AMANDA Holden stunned in thigh-high boots and a mini-skirt as she left work in London today.

The 51-year-old mum-of-two turned heads in a striking pink and white plaid jacket and matching skirt. 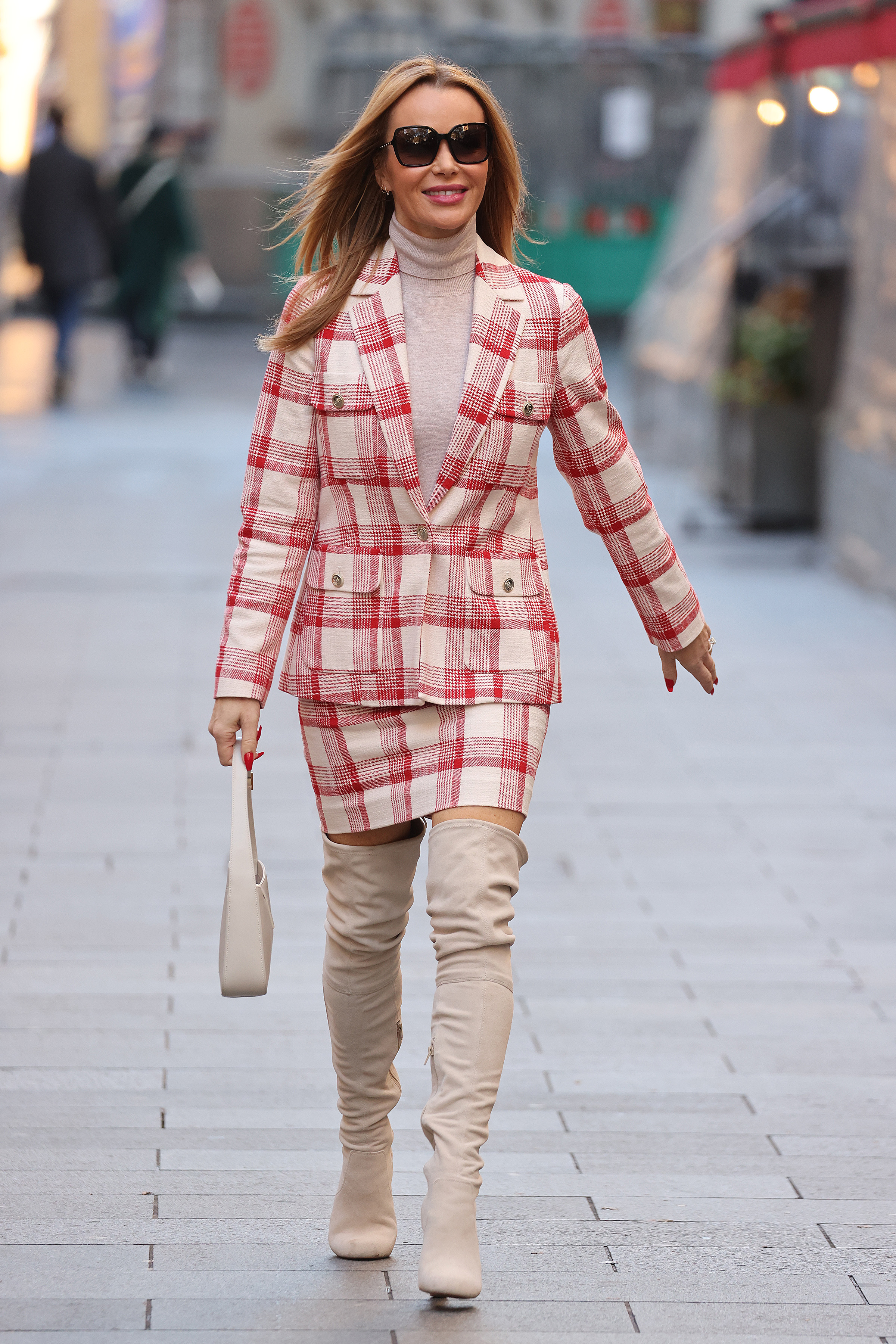 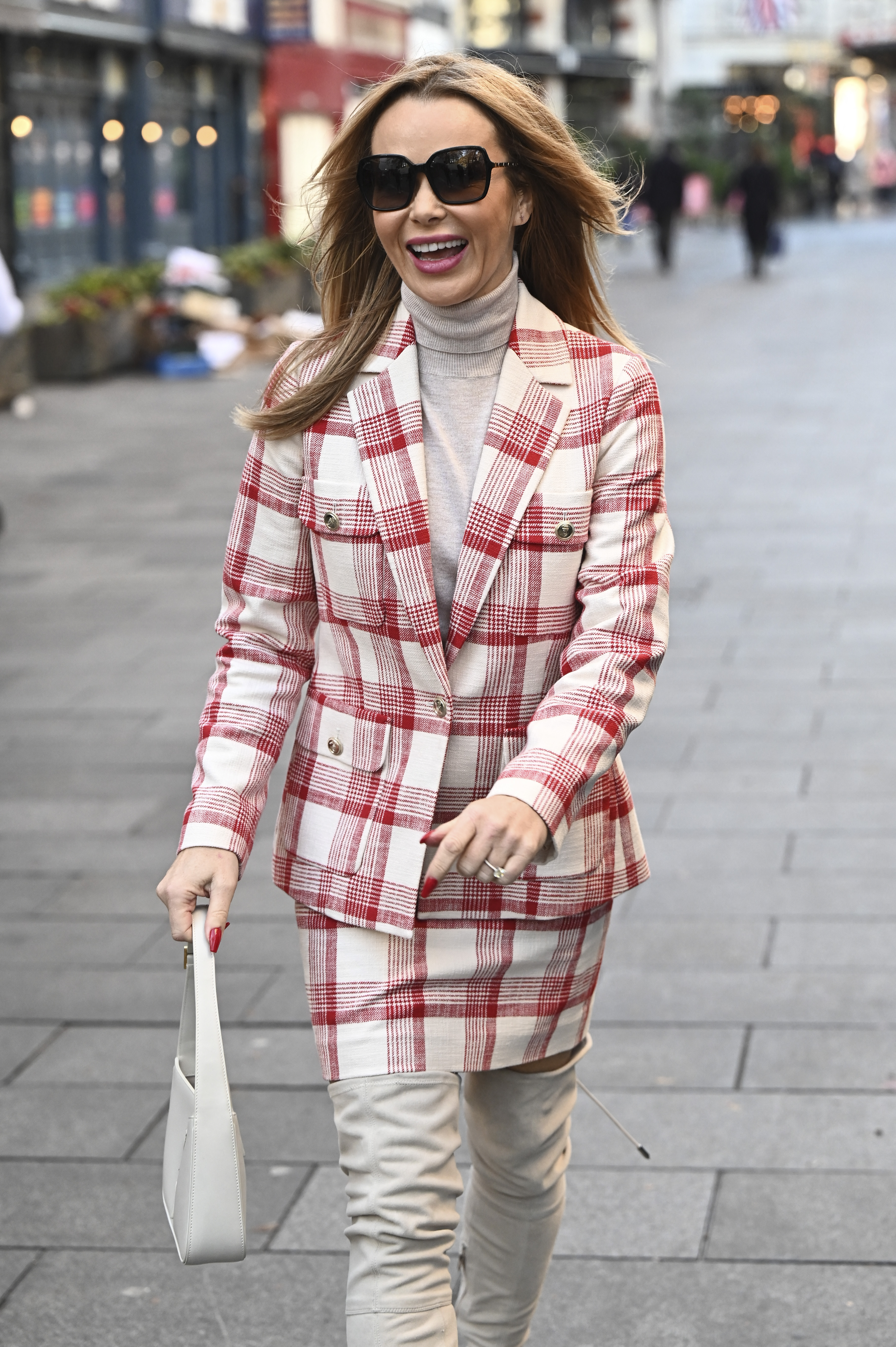 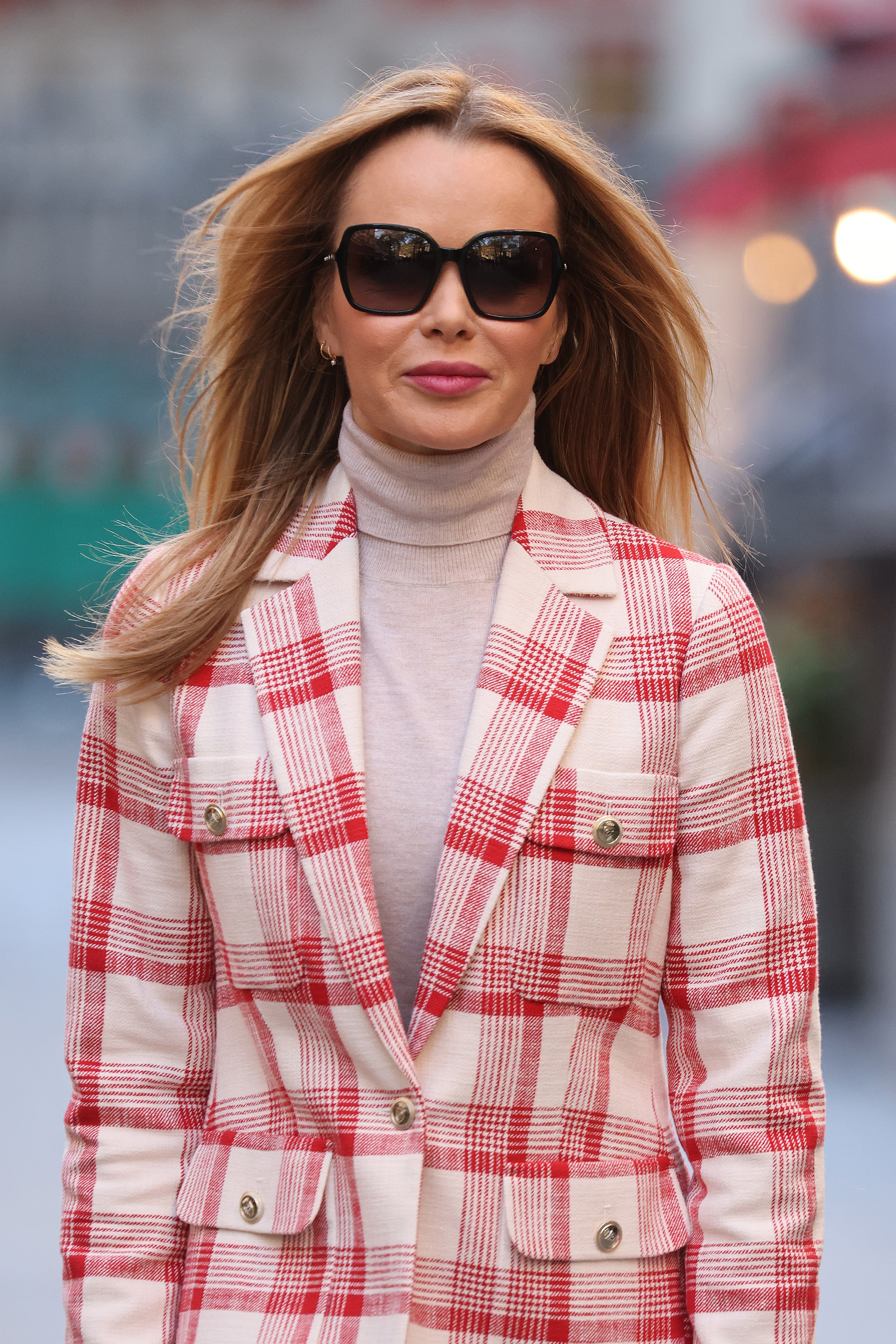 She partnered her outfit with cream boots and a matching bag and turtle neck.

Amanda sported large sunglasses and styled her hair in a straight do.

The star was snapped as she strolled out of work for the day at the Heart radio studios.

Her sighting comes after a fun weekend for the star, as she enjoyed a Thanksgiving dinner with her Britain’s Got Talent pals.

The show judges, including Simon Cowell and Alesha Dixon, got together with Simon’s wife Lauren Silverman for the celebrations. 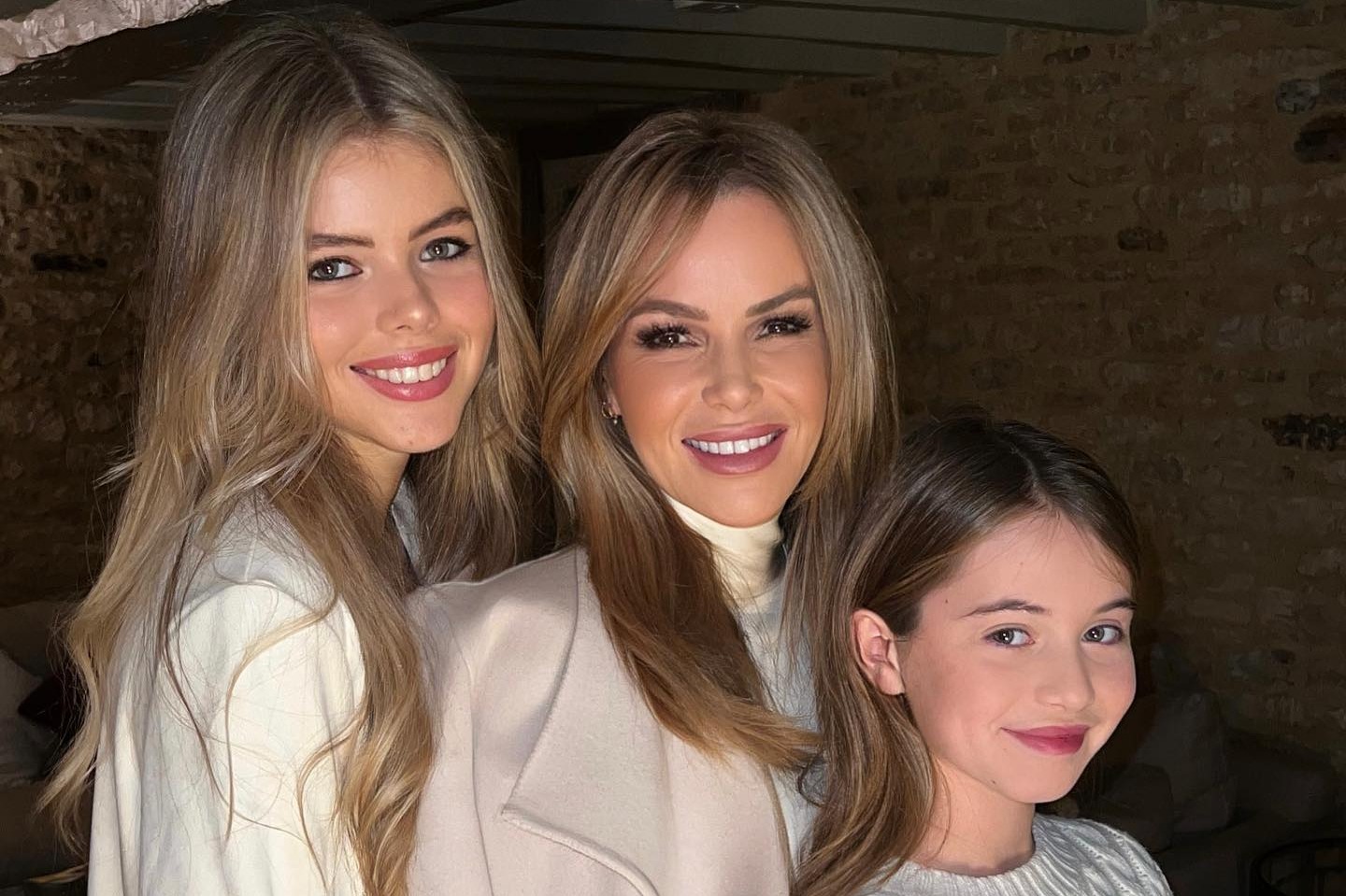 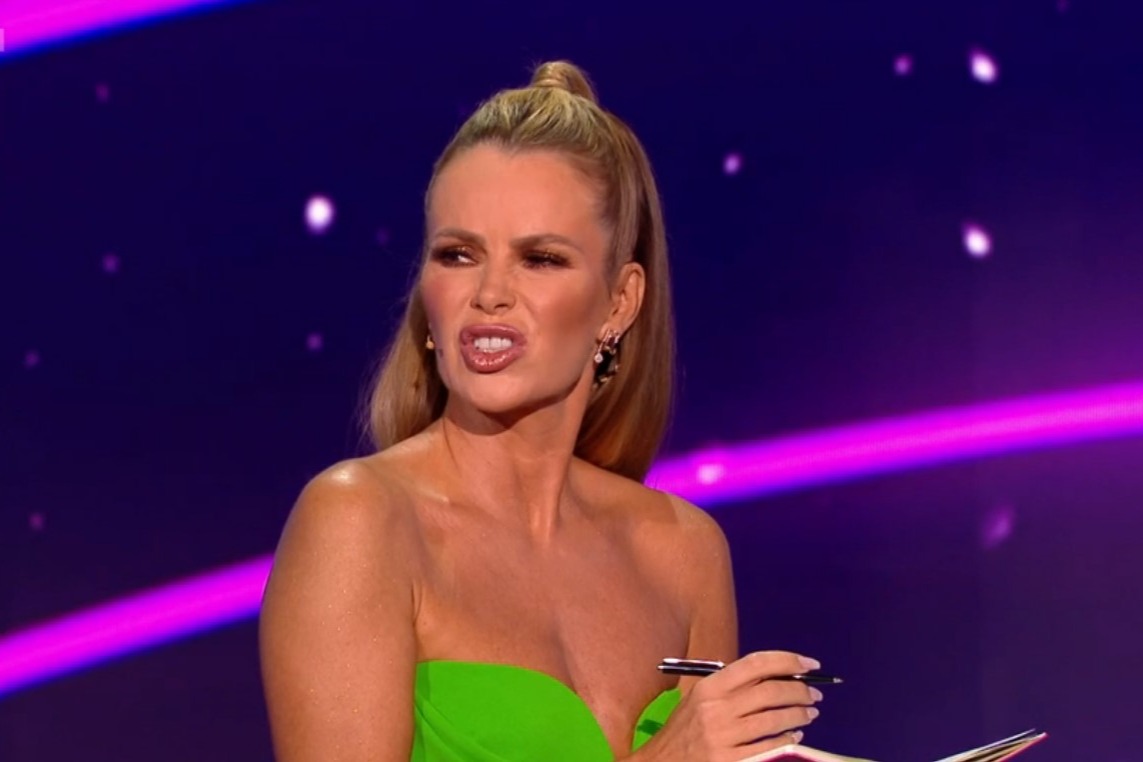 David Walliams, 51, sensationally quit the ITV programme earlier this week after it emerged he made foul-mouthed comments about contestants.

He was noticeably absent as the trio posed for pictures whilst celebrating thanksgiving together.

A number of their friends and families were also in attendance.

It's understood David will formally announce his departure from Britain's Got Talent in the coming weeks.

It comes after he was recently forced to apologise for foul-mouthed comments he made about BGT contestants in 2020.

He called one a “c***” three times and mocked another during breaks in filming.

David said in a statement earlier this month: “I would like to apologise to the people I made disrespectful comments about during breaks in filming for Britain’s Got Talent in 2020.

“These were private conversations and – like most conversations with friends – were never intended to be shared. Nevertheless, I am sorry.”

Head judge Simon, 63, and panellists Amanda and Alesha, 44, are expected to take their places again for the 16th series.