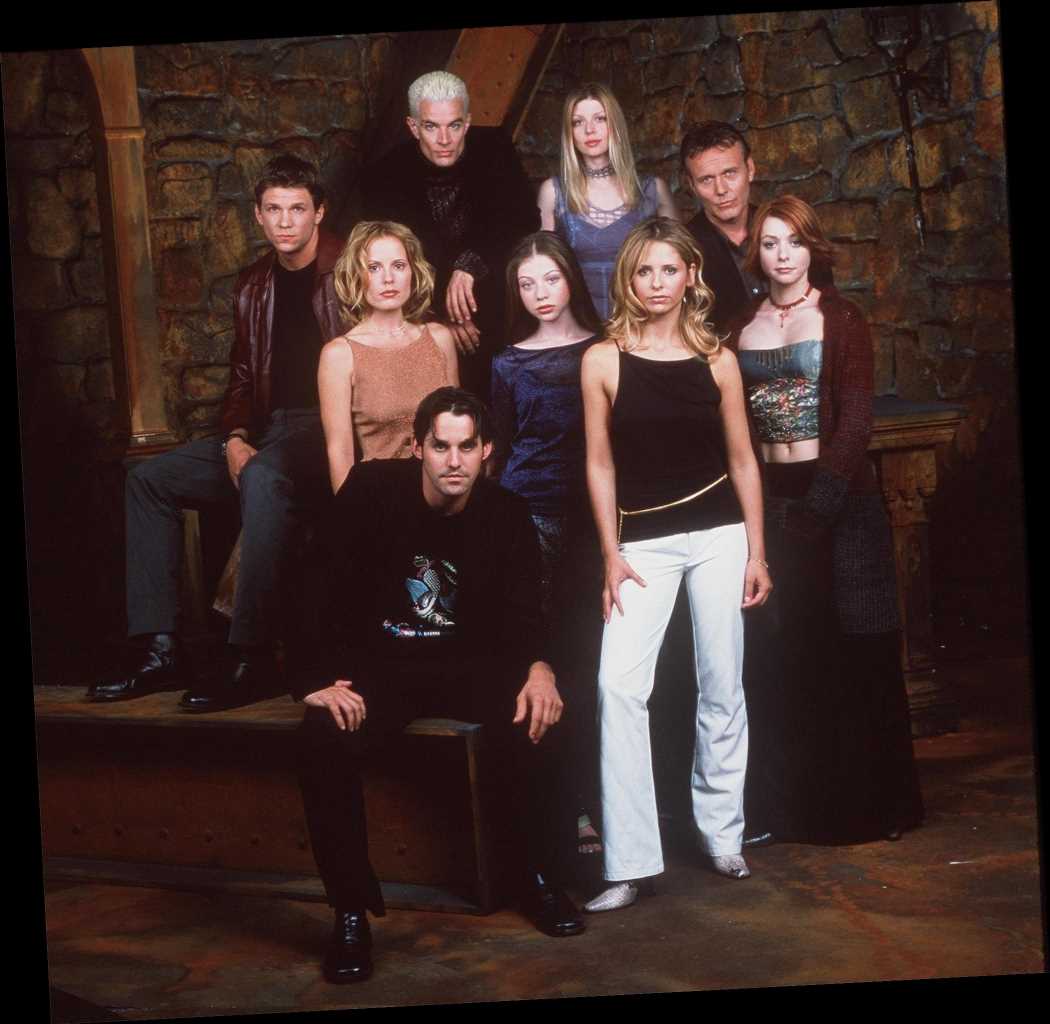 There really isn’t a shipping debate like the one Buffy the Vampire Slayer brings out in fans. Buffy Summers had two very passionate love affairs with Angel and Spike. Both were vampires, obviously, but both relationships were worlds apart. To this day, it’s one of the more lively conversations you can have with a Buffy fan. There are good points on both sides. And when the show ended in 2003, Buffy wasn’t with either.

But Alyson Hannigan, who played Willow Rosenberg, just threw an idea into the ring that could make any fan smile. 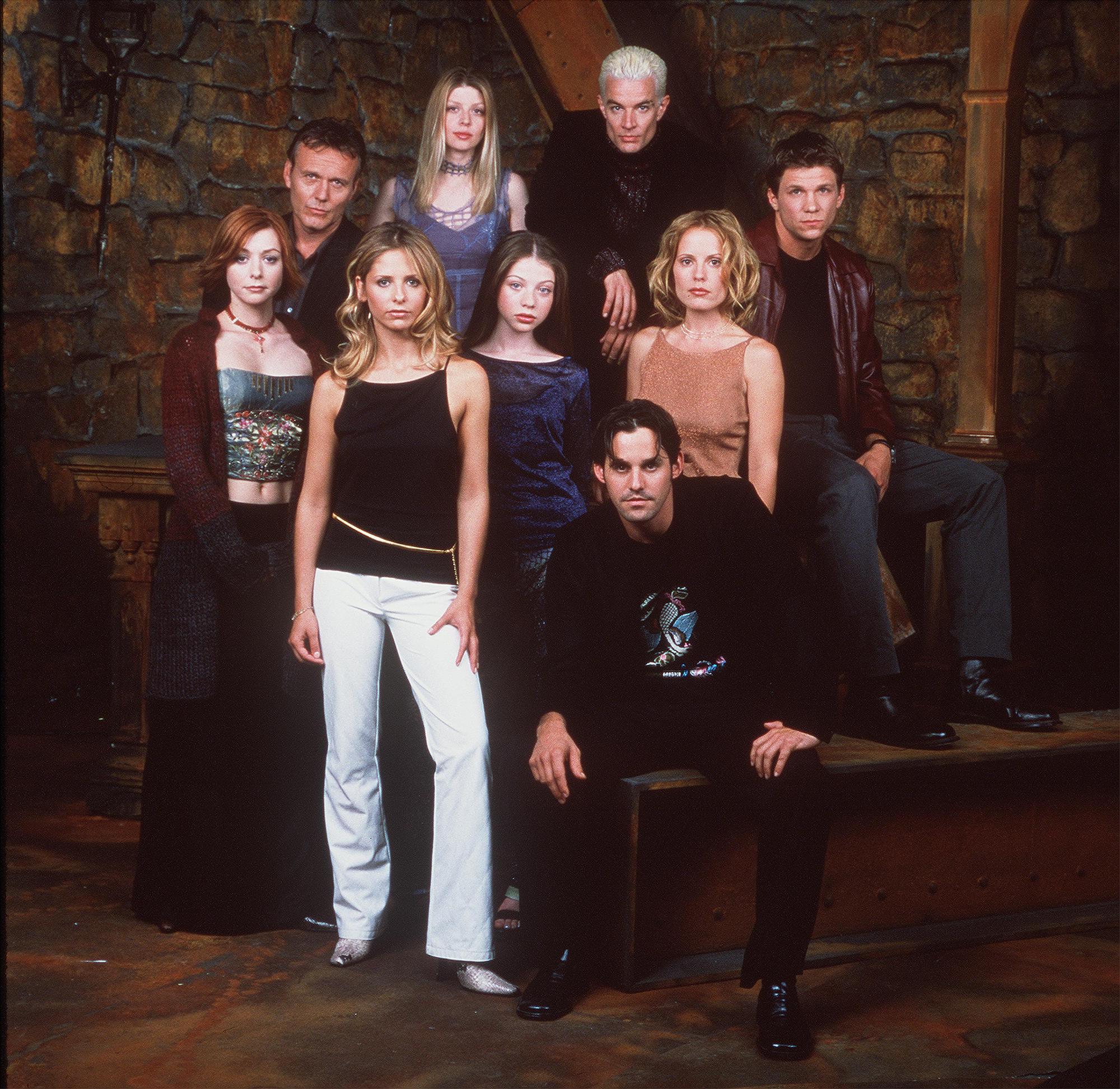 Even though it’s been over 17 years since Buffy the Vampire the Slayer came to an end on-air, fans are still talking about it. Angel had a soul when he met Buffy in Season 1, and they had a tension-filled relationship through the years. Then Spike came along and was a soulless bad boy from the start. He and Buffy hated each other at first, until they didn’t. And then he also got a soul, for her.

One of the more high-profile fans of the show, who’s talked about it before, is Stacey Abrams. Abrams has been in the news a lot more recently due to her part in helping to increase voter turnout in Georgia for the 2020 Presidential election, turning the state blue. This came after she created the Fair Fight Action organization and worked with many other activists to achieve that feat. She served in the Georgia House of Representatives from 2007 until 2017.

She is not new to the Buffy fandom, appearing on the Slayerfest ‘98 podcast in the past. And when one Twitter user pointed out that she’s Team Spike, she clarified her stance on Buffy’s love life on Nov. 9.

“To be fair, Angel was the right boyfriend for Buffy coming into her power. Spike was the right man to be with as she became the power,” Abrams expertly wrote.

Alyson Hannigan tweeted that Buffy and Willow should’ve been a thing, and it wouldn’t have hurt their friendship

That comment was certainly a chef’s kiss type of moment for many fans. And Hannigan, who played Willow Rosenberg on the show, agreed.

“I’ll vote yes to that!” she tweeted.

Willow was that shy, nerdy girl in Season 1 who came into her own in many ways through seven seasons. Not only does she become a wildly powerful witch — who turns to the dark side at one point — but she also comes out and has a beautiful relationship with Tara. One of the first on-screen lesbian couples on TV with a major impact.

That’s why it’s a bit of a big deal that Hannigan followed up with this tweet a few hours later.

“Actually Buffy should have dated Willow,” she wrote. She later clarified that this would be after Tara unfortunately died.

Bombshell! Not Angel, not Spike, not Willow and Kennedy (although many people wouldn’t be pro-Kennedy anyway), but Willow and Buffy.

Another user pointed out that it would have ruined their friendship if Buffy and Willow tried to hypothetically date, and Hannigan brushed it off.

“That’s what @AnthonySHead told me when @AlexisDenisof and I were thinking about dating 20 years ago! #stillfriends,” she wrote. Anthony Stewart Head played Giles, Buffy’s Watcher, and he was referring to Alexis Denisof. Denisof actually appeared on Buffy the Vampire Slayer and Angel as a newer Watcher, Wesley Wyndam-Pryce. Denisof and Hannigan have been married since 2003.

Willow did have an important relationship with Tara

While there was definitely more sexual tension between Buffy and Faith than there ever was between Buffy and Willow, it’s a fun moment for fans. Plus, who knows what could have happened a decade down the line?

But just like Buffy had her two, main love interests, so did Willow. Willow was in a really cute and loving relationship with Oz. He ended up being a werewolf and having to leave Sunnydale after his wolfy instincts made life too difficult for him to be with her. Willow then met Tara in college, and the two started a slow yet intense relationship with one another.

The WB reportedly didn’t allow kissing between the two women, even though Buffy had pretty obvious sex with men on the show. There is a scene in Season 5 where Willow and Tara are in bed together, which is considered the first scene of its kind for same-sex couples on TV, according to the New York Times.

During the Entertainment Weekly 20-year anniversary cover shoot in 2017, Hannigan reflected on what Willow and Tara’s relationship meant for them to depict two women in love.

It’s just been such a profound thing for people who were going through the same thing or just terrified of what they were going to have to go through and just to see somebody that they had been watching for so many years to get to not feel so alone, it’s like it’s such a gift to be able to be part of that.

Amber Benson, who played Tara, also talked about how they received letters from fans who were in the closet or who related to Willow and Tara’s story.

“I think there were a lot of young people who felt very isolated and to see two characters on a television show be accepted by a group of peers changed the game,” Benson said. “They already loved Willow but then to see that Willow became, even more, somebody that they could identify with it made it OK for them to be who they were.”