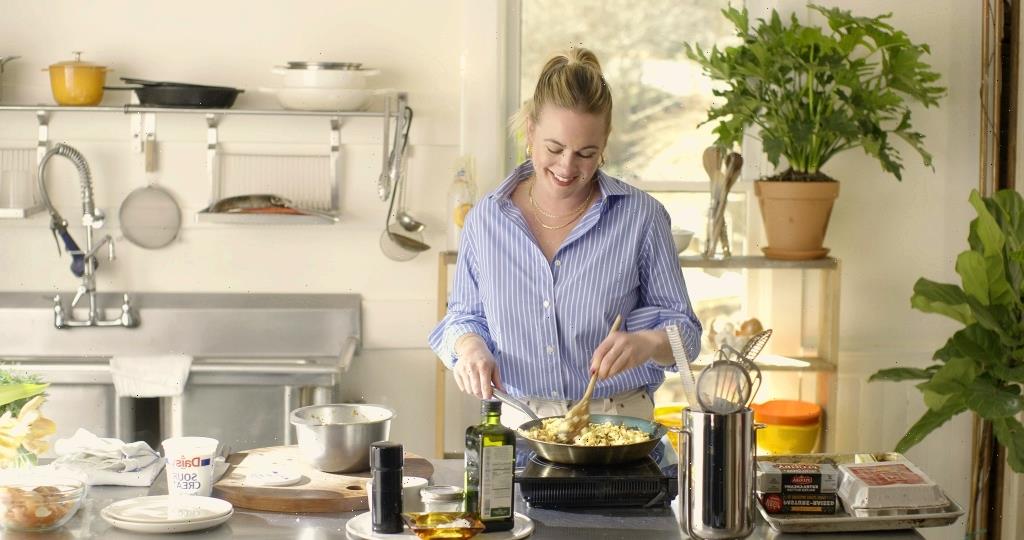 CNN announced that Alison Roman’s new project (More Than) A Cooking Show will join the network’s lineup this fall.

It’s the latest CNN+ series to get a new home in the Warner Bros. Discovery universe. Roman’s show had yet to debut when the subscription streaming service was shut down after one month last April.

The new CNN Original Series will be produced by Zero Point Zero Production.

According to CNN, Roman will embark “on a journey to learn about some of her favorite ingredients – where they come from, how to cook them, and why we should and must love eating them as much as she does.” She will share recipes and journey to New York and the Amalfi Coast.

In a statement, Roman said that they set out to “reimagine what a cooking show can be, to make something new and have the best time doing it.” Roman is executive producer of the show along with Chris Collins, Lydia Tenaglia and Shawn Cuddy for Zero Point Zero Production, and Amy Entelis, Lyle Gamm and Jon Adler for CNN Original Series.  Roman is the author of Nothing Fancy as well as Dining In. She also produces the YouTube series, Home Movies, and writes a newsletter, called a newsletter. She previously was a columnist for NYT Cooking and editor at Bon Appetit magazine. She worked as a pastry chef at Quince in San Francisco and Momofuku Milk Bar in New York, among other places. She is based in New York.

Other CNN+ series have been slated elsewhere. Who’s Talking To Chris Wallace? will debut on Friday on HBO Max, with a best of show scheduled for Sundays at 7 PM ET on CNN. Eva Longoria: Searching for Mexico will debut next year on the network, and the docuseries The Last Movie Stars debuted over the summer on HBO Max. CNN also is showing the two-part The Murdochs: Empire of Influence, with the first episode on Sunday. The project originally was on CNN+.