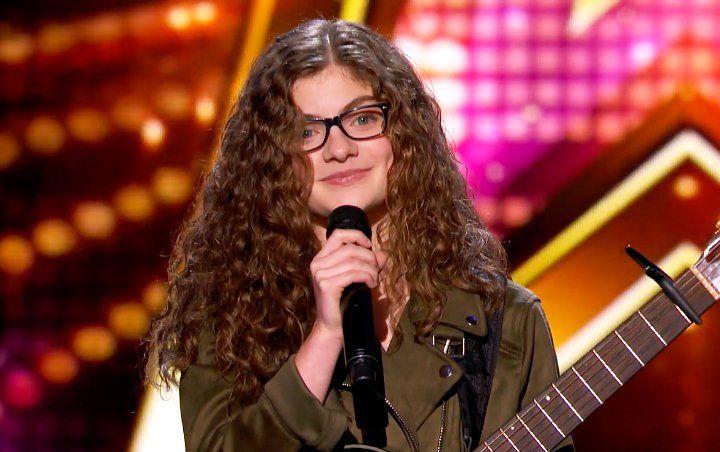 In the episode, acrobat group Messaoudi Brothers takes the stage just an hour after their plane landed, and even though they are forced to skip warming up session, they still kill it.

AceShowbiz -“America’s Got Talent” returned on Tuesday, July 16 in which eighteen acts performed to impress the judges, Simon Cowell, Julianne Hough, Howie Mandel, Gabrielle Union and guest judge Brad Paisley, so that they would send them to the next round. There were only seven of them who would move onto the next round.

The first performer that night was Lukas & Falco, a man and his dog. They performed a routine to “The Greatest Showman” soundtrack. All the judges were impressed and Simon even gave Falco and his pup a standing ovation.

Following it up was Andy Rowell who offered a rather bizarre karaoke routine. Later, comedian Jecko took the stage to perform his set. Unfortunately, he wasn’t much better from Andy and Simon even gave him a red X.

The Orange Magician, meanwhile, garnered a few laughs when he managed to change his outfits instanteously onstage. As for French beatbox group Berywam, they got mixed reviews from the judges. Gabrielle rose to her feet and the audience went wild, but some judges revealed that might not be their best performance.

Dylan returned to the stage to give another incredible rap performance which all the judges loved. Next up was The Emerald Belles. The 76 woman drill dance team’s performance was great, but Julianne noted that it had a bit of a “high school feel.” Howie echoed the same sentiment, but Simon loved the team and vowed to fight for the ladies.

Mentalist duo The Sentimentalists later invited Brad to assist with their act. It was such an epic performance that blew everyone’s mind. Howie, however, didn’t quite like it. After failing to impress Howie during the first auditions, aerialists Duo Togni decided to ask him to be part of their dangerous routine. Although he felt terrified, the experience changed his mind a bit.

Performing next was singer/guitarist Sophie Pecora. The 15-year-old sang another original song which featured powerful lyrics. It was so moving that Brad gave her his Golden Buzzer!

Matthew Richardson followed it up next, performing an acrobatic routine that he created for his late father, who died of pancreatic cancer. He earned a standing ovation for the emotional performance. Later, subway singer Damiyr wowed everyone after taking advice from Simon who told him to take a risk.

Chris Klafford was moved when the judges and audience gave him a standing ovation. Meanwhile, acrobat group Messaoudi Brothers took the stage just an hour after their plane landed. Even though they skipped warming up session, they still killed it. Concluding the night was Ndlovu Youth Choir, who performed a jaw-dropping performance.

Now it was time to announce which acts who would join Sophie Pecora in the live shows. Moving onto the next round were Emerald Belles, Messaoudi Brothers, Berywam, Lukas & Falco, Ndlovu Youth Choir and Chris Klafford. Congratulations!