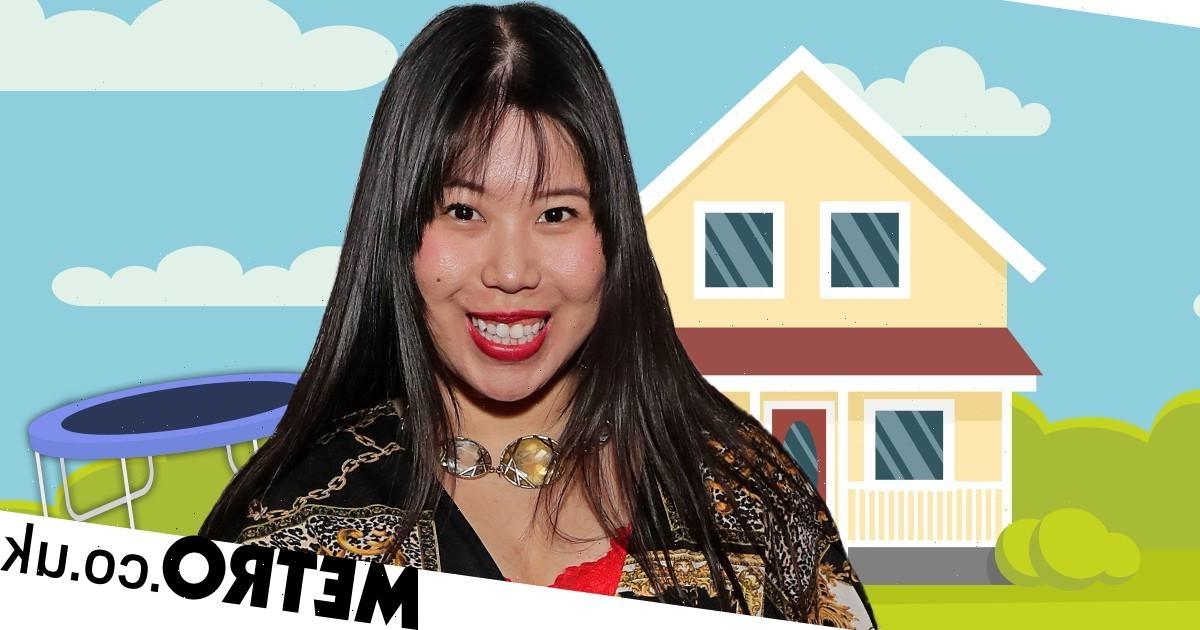 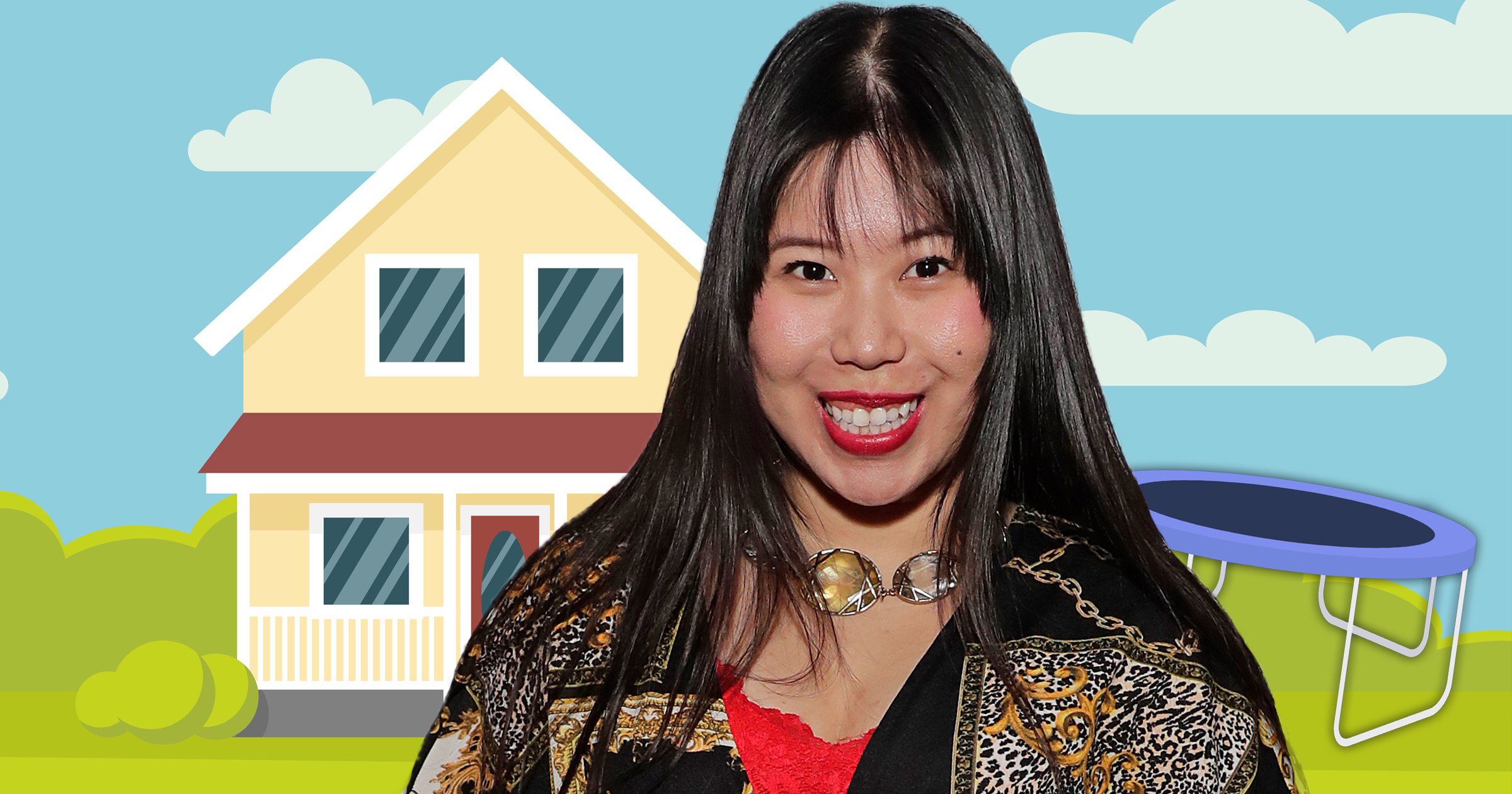 Actress Rae Lim has just bought her first home, and only found out it had a trampoline included when she moved in.

We chatted to her about how she’s settling in to her new flat.

Here’s what she had to say…

When did you buy your first home?

I bought my home a month ago but didn’t move in until a week ago, so it’s all still very new. I bought it in Camden.

What did you go for?

It’s a new-build, which I never thought I’d go for but the design is super-special and I love that there’s a ten-year warranty for the appliances.

It’s got this really cool, industrial feel, which was part of the design. It reminds me of a warehouse conversion in New York.

My favourite thing is the split-level design, though. I use the landing space to do all my self-tapes and I set up my work area here. It was the first thing I did when I moved. All my life is still in boxes, but the work area looks sexy.

Why did you choose Camden?

I wasn’t actually sure where I wanted to end up but I quite like being in the centre of things, and I’ve always loved Camden.

Apart from it being this music hub and the buzzing market there’s the gorgeous Regent’s Park Canal.

The best surprise was there’s a trampoline and a communal roof terrace. I even randomly created a reel with the trampoline and my cousin from Singapore went, ‘Hey, you’re trending on my reels’, and I was like, ‘How is that even possible?’

Have you added any special features?

I am zero-talented in DIY but I love interior design. I’ve weirdly gone for a mix of industrial and art deco-themed furniture, which doesn’t sound like it’ll work, but it really does.

That might just be because I love art deco so much that I was like, ‘I’ll make it fit.’

What do you love most?

Literally everything. The bathrooms don’t really need to be that big – they’re probably bigger than my old rental flat.

The service charge is also a bit of a killer, but we do have a lift and the property is always clean, so I guess there is that. Other than that, though, it’s my literal dream home.

What has buying done to your life?

The positives are that for the first time I feel a strong sense of financial security. That doesn’t come about much as an actor, as I’m sure you can imagine. I also walk with a pep in my step knowing that I’m paying for a property that’s in my name, so I really take pride in my home.

But also, I feel like I can’t take a break from work or anything now because of the mortgage, and the bills. And I was already a workaholic before I bought my home.

I don’t know if my advice will apply to anyone buying outside London but a few nuggets of wisdom – don’t settle for the first property you see, but don’t see so many that you overwhelm yourself with choices and then move too slow on the offer process because property goes really quickly.

Also, don’t let your agent bully you into making an offer on a place you don’t really love.

Have you had a moving in party for your flat yet?

I wish. I’m still having random bits of furniture delivered and I’d feel terrible asking my friends to come party with me and have to sit on random boxes.

What are you working on now?

I can’t tell you that. I’ve signed a gazillion NDAs. But I can say that I’m in the new season (Season 2) of  Avenue 5, which will be out in October. I’ve also worked on quite a few voice and MoCap projects this year, but I think those will be out much later.

My coolest voiceover role did come out earlier this year though, so if you’re a fan of Warhammer and you’ve played Total War III, then you’ll be pretty familiar with my scary dragonvoice. Heh.