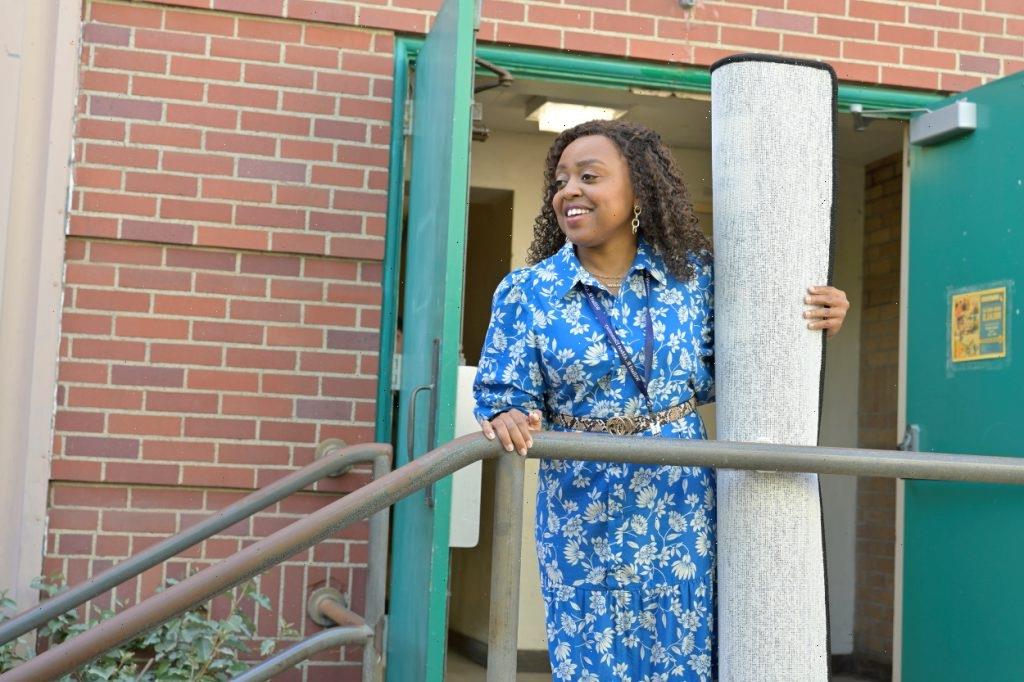 Comedian and actor Quinta Brunson has a huge hit on her hands with Abbott Elementary. The show debuted in December 2021 and quickly became one of the runaway success stories of the year. And just a few months later, legions of new fans are discovering the charming, hilarious show about a group of dedicated teachers who work at a Philadelphia public school. Brunson, the creator of the show, based many aspects of Abbott Elementary on her own life. And, as she has revealed in several recent interviews, she is proud to incorporate many aspects of Philadelphia into the series, even if she would never go back there to live.

Brunson was born in Philadelphia, Pennsylvania, in 1989. She first rose to prominence in 2014, when her series of viral videos started making the rounds.

After working at BuzzFeed and lending her talents to a variety of television projects, Brunson hit pay dirt with the series Abbott Elementary. As the show’s creator, executive producer, writer, and star, Brunson takes a lot of inspiration for the show from her own Philadelphia upbringing—and from her mother, who worked as a teacher in the city for more than 40 years.

In a January 2022 interview, Brunson opened up about her love for her hometown. “I miss Philly very much when I’m not here,” the comedian revealed.

She also praised the teachers she remembers from her childhood, admitting that much of Abbott Elementary is a tribute to those hardworking public servants and that the show’s title is an homage to her middle-school teacher, Ms. Abbott.

Why did Quinta Brunson say she wouldn’t want to live in Philadelphia again?

In a February 2022 interview, Brunson sat down for another interview, opening up about the honor that she received from the Philadelphia City Council for her work on Abbott Elementary. “I don’t have the words for it, totally unexpected,” Brunson said. She praised the work of the Philadelphia school system, calling upon the need for greater funding. In spite of Brunson’s obvious love for her hometown, and the joy she derives from visiting it, she doesn’t necessarily see herself living there anytime soon.

In a June 2021 interview with The Inquirer, the comedian admitted that the violence in the city gives her pause. “Even if I was in Philly, I wouldn’t be in Philly right now,” she said. “It’s something uniquely bad this summer and I think it’s a convergence of issues from the pandemic, and also social media; it’s just a lot of things that came together to make this year really hard as far as guns just being out of control and everywhere.”

How realistic is ‘Abbott Elementary’ to the city of Philadelphia?

Even though Brunson told Vulture that she was “shocked” by the positive reception to Abbott Elementary, admitting “Sitcoms in the past, you watch them slowly build up an audience, so I wasn’t prepared for this,” fans think that the combination of wit and warmth makes the show a surefire hit. Those fans might be surprised to learn that Abbott Elementary isn’t actually filmed in Philadelphia, and is primarily shot on a soundstage in Los Angeles, California.

In spite of that, the show infuses Philadelphia flavor throughout each episode, adding in references to local Philadelphia sports teams and restaurants, as well as having the teachers use slang that is authentic to the area. For viewers who have roots in Philadelphia, Abbott Elementary will be like a taste of home – and for those who are unfamiliar with the city, it will serve as a refreshing introduction to the city of brotherly love.