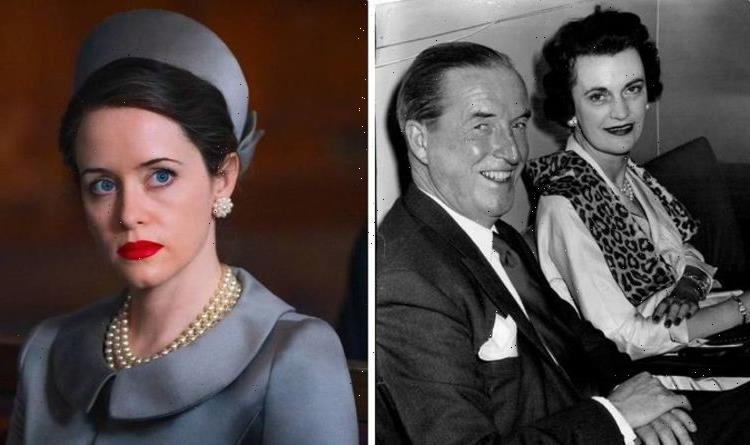 A Very British Scandal will premiere on Sunday 26 December at 9pm on BBC One. The drama is going to explore the highs and various lows of the infamous royal couple the Duke and Duchess of Argyll. Their high-profile marriage was thrust into the spotlight when they announced their divorce in 1963.

A Very British Scandal is a three-part drama about the marital downfall of Ian Douglas Campbell, Duke of Argyll (played by Paul Bettany) and his wife Margaret, Duchess of Argyll (Claire Foy).

Their relationship became tabloid fodder when in 1963, the Duke accused his wife of cheating on him with a total of 88 different men.

To back up his claims, the Duke produced a number of polaroids which showed the Duchess performing a sexual act on an unknown man.

He had stolen the photographs from her desk and decided to share them with the world.

The identity of the man was never revealed and simply become known as the “headless man” as he could only be seen from the neck down.

Over the years, there have been several high-profile names linked to being the potential lover of the Duchess.

Some of the names include a member of the royal family, Lord Beaverbrook’s heir Max Aitken, and the secretary of state for the Commonwealth at the time, Winston Churchill’s son-in-law Duncan Sandys.

It was later revealed many of the men the Duke had accused his wife of cheating on him with were gay.

However, she never revealed this fact as homosexuality was still deemed as a crime.

Lord Wheatley, the judge on the divorce case, said: “Her attitude to the sanctity of marriage was what moderns would call ‘enlightened’ but which in plain language was wholly immoral.”

He labelled the Duchess as a “completely promiscuous woman” involved in “disgusting sexual activities”.

There were several other matters highlighted in the very public divorce.

Some of which included accusations of drug-taking, secret recording, bribery, violence and forgery just to name a few.

All of this was documented on the front pages of newspapers and society columns.

But screenwriter Sarah Phelps wanted to create the series to focus on what the Duchess went through.

Phelps explained: “This is a story about a woman who refused to be slut shamed, who refused to go quietly and refused to do as she was told.
“She set fire to the expectation of her class, gender and her sex.

“She put the private lives of the wealthy, the landed and the titled all over the front pages, not the untouchable great and good but bare forked animals.”

A Very British Scandal starts at 9pm on Boxing Day on BBC One.