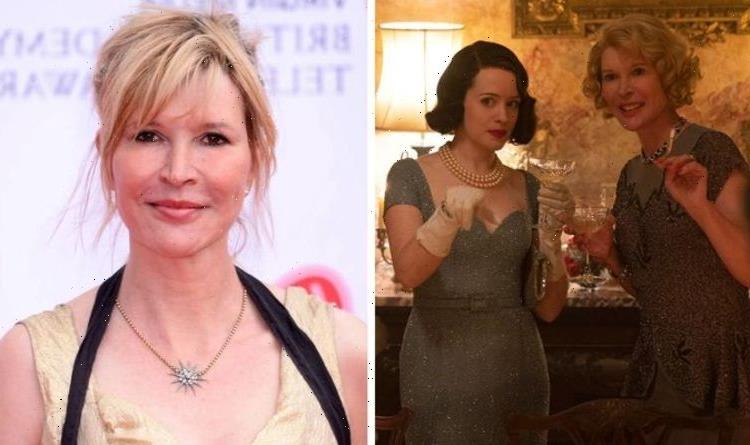 A Very British Scandal is a dramatisation of the Duke and Duchess of Argyll’s marital breakdown in the 1960s. The royal couple’s divorce became tabloid fodder with talks of affairs, violence and bribery mentioned in the court case. The BBC is bringing their break-up to life featuring a star-studded cast.

WARNING: This article contains spoilers from A Very British Scandal.

Starring as Ian Campbell, the Duke of Argyll in A Very British Scandal is Marvel actor Paul Bettany.

He portrays Vision in the Avengers films as well as the Disney+ series WandaVision.

Bettany appears in the drama alongside Margaret, the Duchess of Argyll, who is played by The Crown star Claire Foy.

She was Queen Elizabeth in the first two series of the Netflix drama and also featured in Wolf Hall and The Girl in the Spider’s Web.

Featured from the very first episode of A Very British Scandal is Maureen, Marchioness of Dufferin.

Prior to marrying Major Desmond Buchanan, Maureen was known as Maureen Constance Guinness.

Much like the Duke and Duchess of Argyll, the Marchioness was a real person, known to be an heiress and a socialite who became friends with Margaret.

She was one of three blonde sisters nicknamed the “Guinness Golden Girls” who were majorly popular in the 1920s.

Who is actress Julia Davis?

The Marchioness of Dufferin in A Very British Scandal is played by actress Julia Davis.

She is best known for writing and starring in the BBC Three comedy series Nighty Night.

Davis also directed and appeared in the sitcoms Hunderby and Camping.

But other fans may know the actress best for another classic comedy.

Dawn was married to Pete Sutcliffe (Adrian Scarborough) in the three seasons with much focus on their marital issues.

They continued to complain about their other half but in the end, they couldn’t stay away from one another.

Davis was also in a well-known Christmas film which fans viewers may have seen over the festive period.

The 55-year-old actress had a minor part in the romantic-comedy Love Actually.

She was Nancy the Caterer who Colin Frissell (Chris Marshall) attempted to flirt with but ended up insulting her cooking.

Davis has also been in Stath Lets Flats, Fighting with My Family, Phantom Thread and The Outlaws.

A Very British Scandal is available to watch on BBC iPlayer and BBC One.