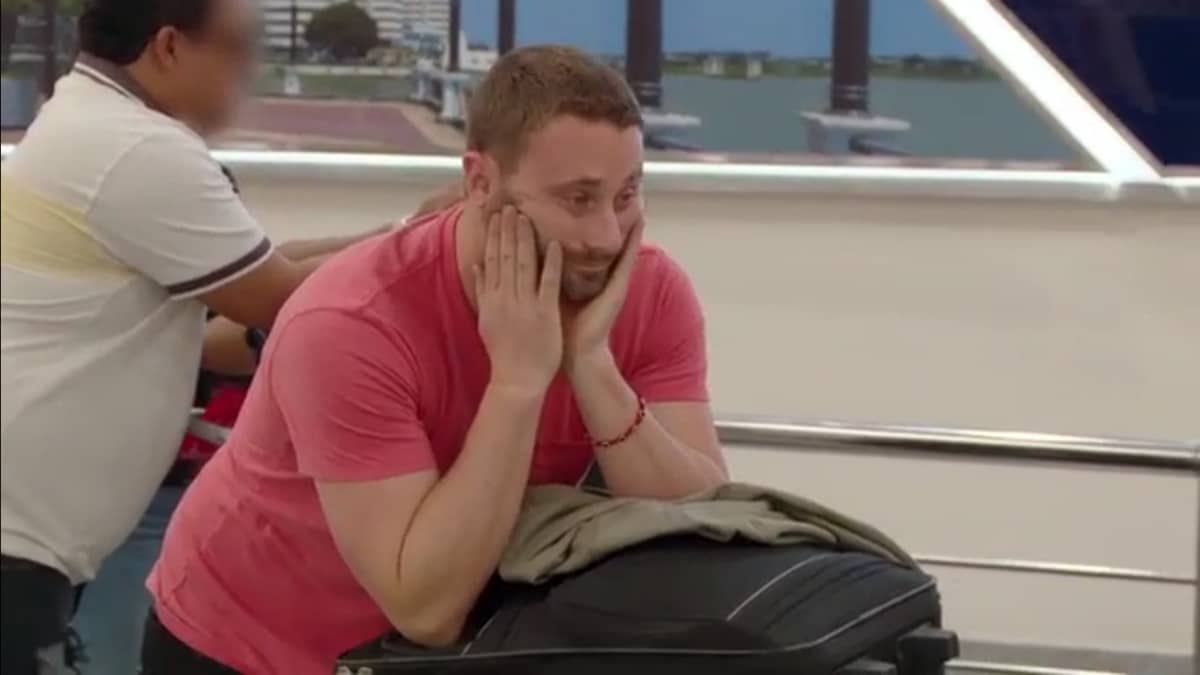 90 Day Fiance: The Other Way is in full swing as many of the Americans have already left home and are acclimating to their new surroundings. But will things be great for them in various other parts of the world?

Jenny has already made it to India, and her first days with Sumit are both sweet and stressful. Deavan is still trying to win over Jihoon’s parents, and Tiffany gets to South Africa just in time to pick Ronald up from the airport.

Corey is having a hard time leaving his family behind, and the not-so-warm welcome he gets from Evelin in Ecuador is only making things worse. As with the other 90 Day Fiance series, The Other Way will likely be full of conflict and drama so grab your popcorn and check out the best parts of the latest episode titled No Looking Back.

Ronald’s mom meets Tiffany and her son at the airport

This isn’t a Mother Debbie situation. Because Ronald is still receiving treatment in the wellness center (think rehab), his mother is the one who meets Tiffany at the airport in South Africa. She shows up with gifts for both newcomers, and it’s clear that she’s almost as excited to have Tiffany move there as Ronald is.

Corey is giving up everything to move to Ecuador with Evelin, but when he calls her to let her know that he’s sold his car and quit his job, she can’t even reassure him they’ll be together forever. Corey isn’t satisfied with her “won’t know until we try” attitude, but that doesn’t stop him from moving forward with his plans.

Devean is pregnant and moving to South Korea

Jihoon and Devean have only spent three weeks together physically, but that isn’t stopping her from uprooting life in Salt Lake City, Utah to move herself and her two kids to South Korea for Jihoon.

She found out she was pregnant at the end of Jihoon’s trip, which is weird because that would be super early to get two solid lines on a pregnancy test.

When Jenny gets to India, she and Sumit spend their first night together in the same bed for the entire night. Both of them are all grins the next day, but Sumit’s ear-to-ear smile makes it seem like he may have been a 30-year-old virgin up until that night.

After spending their first full night together, Sumit takes Jenny shopping so he can dress her like a proper Indian woman. The problem is, she’s American, and she doesn’t want to give up her entire identity to be with him in his home country.

While Sumit wants Jenny to fit in, she’s not excited about wearing traditional Indian garb, and no matter how hard he tries to convince her to wear a Sari, Jenny feels like those dresses are for older women. Even though she’s young at heart, someone needs to let Jenny know that at 60 years old, she IS one of those older women.

As Corey says goodbye to his family, who do not care enough about him to come to the airport, he admits he’s having second thoughts about moving to Ecuador. After all, Evelin has been very nonchalant about their relationship, and that has to make him worry.

It turns out he is right to feel hesitant about moving to Ecuador to be with Evelin because once Corey’s plane lands, his girlfriend is nowhere in sight. When he calls to see where she is, Evelin tells him she’s not at the airport and suggests he can take a bus to come to her.

That’s not the warm welcome Corey was hoping for after giving up his whole life for this woman. In fact, he seems pretty scared to take a bus to her fishing village since hearing stories about how thieves sometimes target buses and rob people on them.

Evelin doesn’t seem concerned at all for Corey’s comfort or his safety and essentially tells him to suck it up. As if he didn’t already have second thoughts about this move, the way she’s treating him upon arrival is enough to make anyone want to run screaming back to the family compound.

Devean has been described as Jihoon’s parents’ worst nightmare. After all, she is American and unwed but pregnant with their son’s child.

Now, Jihoon and his family are coming to America to meet up with Devean again, and she thinks the perfect place to entertain them is Las Vegas. Nothing could go wrong there while trying to gain approval from a set of conservative parents, right?

When she went to South Korea to meet Jihoon’s family, they commented that she was too quiet and didn’t seem to be enjoying herself. Nevermind that she was pregnant and likely exhausted while trying to impress Jihoon’s parents and acclimate to a whole new culture on the other side of the world.

Will this latest meetup earn Jihoon and Devean his parents’ blessing? Without it, she says she doesn’t feel comfortable uprooting her family to head to South Korea, though that hasn’t stopped her from telling her rambunctious daughter that Jihoon’s parents are her new grandparents before she meets them.

Is Tiffany the new Nicole Nafziger?

When Tiffany and Ronald’s mother are getting ready to pick him up from rehab, she refers to Ronald as “dad.” Now keep in mind that her son Daniel has never met this guy, but already, he is “dad?”

It took no time at all for 90 Day Fiance: The Other Way viewers to make comparisons to Nicole and Azan from Happily Ever After? Nicole was ridiculed for having May call Azan dad for some time now, and at least she met the guy.

Here, we have Tiffany referring to Ronald as Daniel’s dad, and the two have never seen each other in person. Clearly, I’m not the only person that was uncomfortable with that.

As the 90 Day Fiance: The Other Way couples settle in together, the drama will be getting even bigger. Will any of these couples stand the test of time and make it to their wedding day?