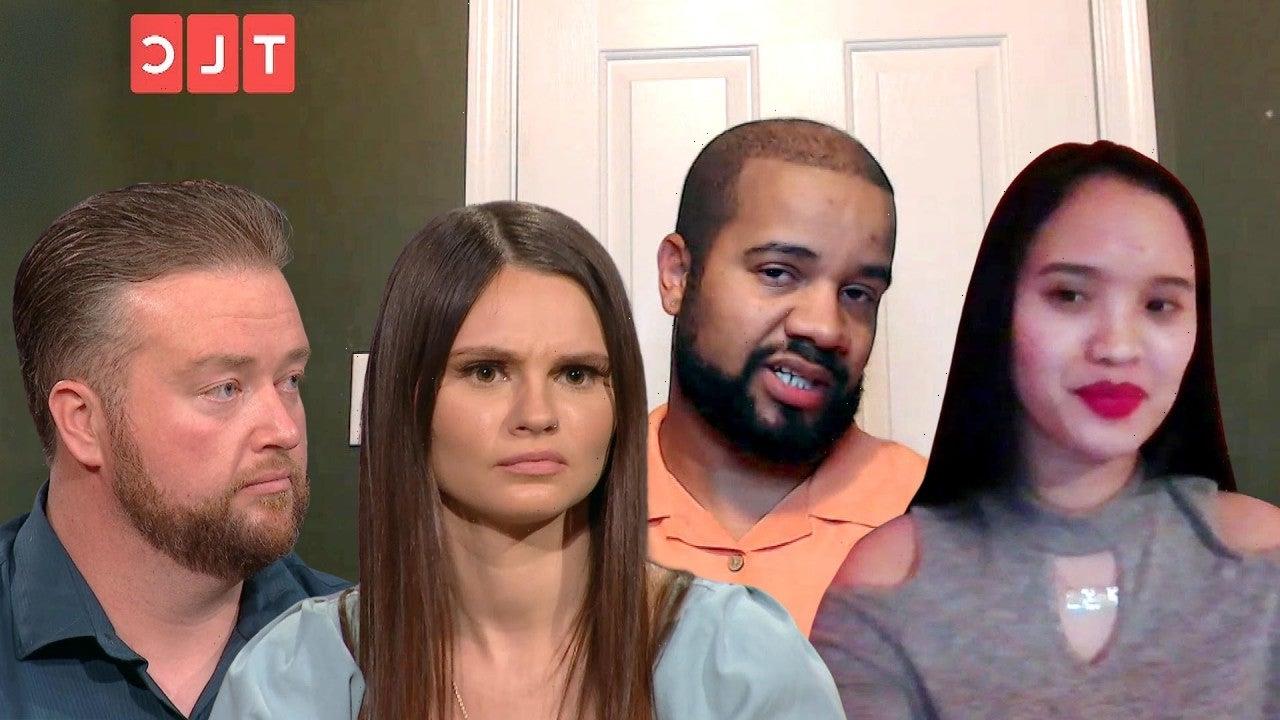 When it comes to Tarik and Hazel’s unconventional relationship on season 8 of 90 Day Fiancé, it’s complicated. In this exclusive clip from part two of this season’s tell-all special airing on Sunday on TLC, Tarik defends their polyamorous relationship to his very skeptical castmates.

This season featured Hazel, who hails from the Philippines, moving to Virginia to marry Tarik. Aside from adjusting to life in America, Hazel also came out as bisexual to her parents, and wanted to have a shared girlfriend with Tarik. Not surprisingly, the arrangement didn’t work out as smoothly as they had hoped. The couple had issues when Tarik continued to talk to their ex-girlfriend, Minty, who’s from Thailand, after Hazel specifically told him to cut off contact with her.

In this exclusive clip from the continuation of the tell-all, Tarik is defensive about his arrangement with Hazel when questioned about it.

“There are hundreds of thousands — if not millions — of married couples who do exactly what we’re doing,” he says. “The term is polyamory, let me finish, please. And it is absolutely possible that two married people can have a boyfriend or girlfriend of their choosing and still absolutely have a loving, moral, upstanding marriage like everyone else.”

But his fellow 90 Day Fiancé castmates don’t hide their judgment. Rebecca shakes her head, as both Julia and Yara give disapproving looks. Meanwhile, Zied notes, “I’m sorry, that’s not normal.”

However, his castmates become even more skeptical when Tarik acknowledges that he’s had this type of relationship once in his past, before he started dating Hazel.

“Oh, now we’re getting a real story,” host Shaun Robinson cracks as the rest of the cast laughs.

Still, Hazel insists she’s glad her husband has had past experience.

“I feel like when we have a girlfriend someday, he knows what to do, how to treat two girls, how to deal with two girls at one time, so that’s good that, you know, he has experience like that,” Hazel explains.

At this point, Rebecca can no longer help herself, interjecting a few disbelieving curse words.

Part two of this season’s 90 Day Fiancé tell-all airs Sunday at 8 p.m. ET/PT on TLC. To catch up on part one of the tell-all, watch the video below.