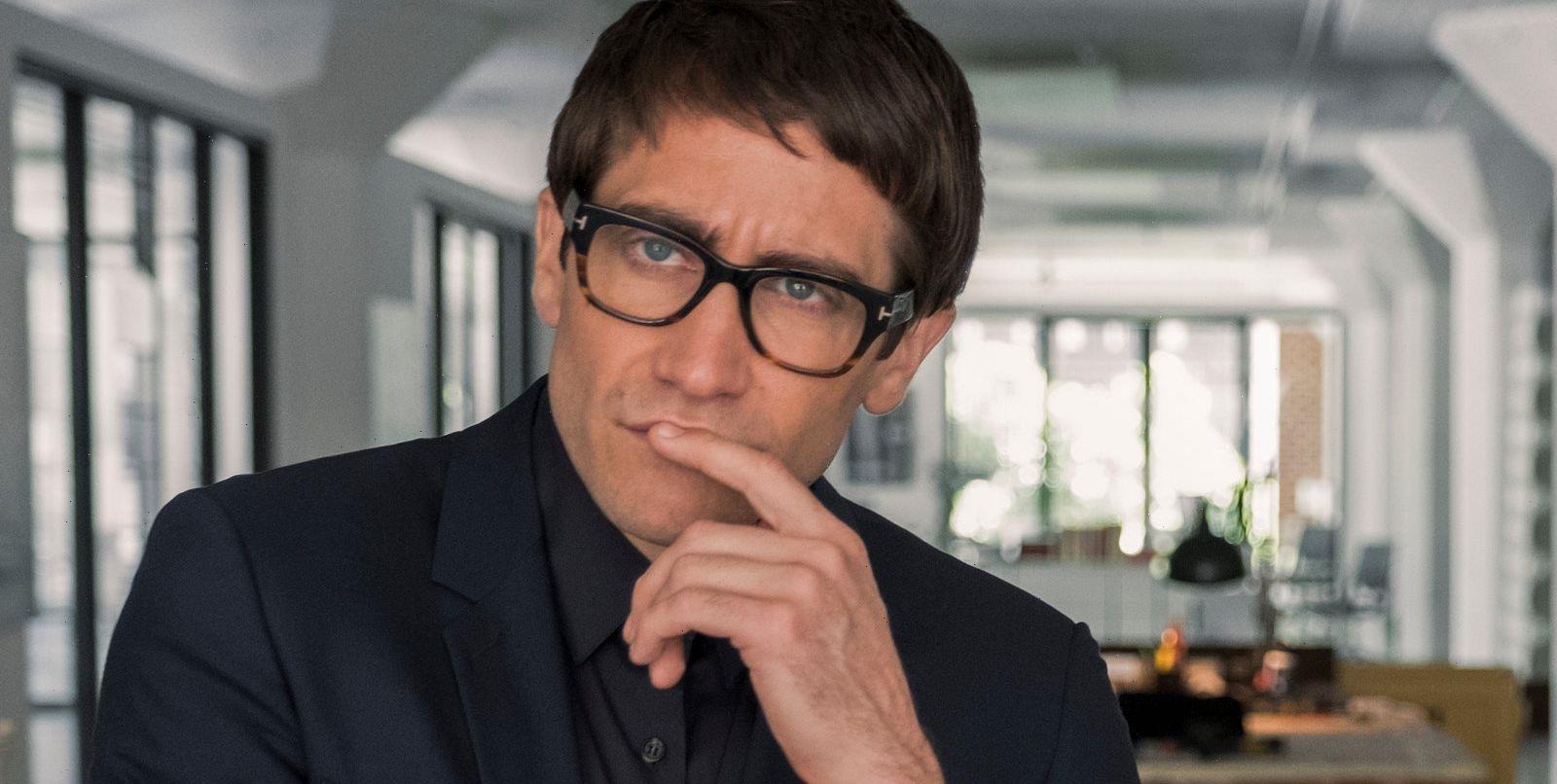 Is it just me, or is choosing a movie that everyone in your group wants to watch literally impossible?! As soon as someone asks, “so what should we stream tonight?” it’s a full-fledged debate that lasts so long and becomes so circuitous that eventually everyone just decides to scroll Instagram in peace. Half your crew always lobbies for a rom-com from the early aughts, and that one friend insists on a serial killer movie. You, being the most easygoing person on the planet, just want everyone to be happy. Which is why I’m here with this pro-tip: Next time, suggest a horror-comedy movie.

Yep, a movie that makes you laugh one minute and scream the next is a guaranteed crowd-pleaser. Films in this genre typically cover a broad range of emotions—from happiness to terror, with plenty of laughs in between. You get some gore, smartly subverted clichés, and, if I’m honest, sometimes just so-so acting chops. All part of the charm, my friend! So when you’re next struggling to decide on a movie, consider one of the best horror-comedy movies on this list. That new shark movie can wait.

Imagine you work at a flower shop, and one bloodthirsty plant suddenly comes alive during an eclipse. What’s worse— it only eats humans. What would you do? Find out what shop assistant Seymour does in one of the most iconic horror-romance-comedies ever made.

Based on the board game of the same name, this campy murder mystery follows seven strangers who receive an anonymous invitation to attend a party at a secluded New England mansion, where (they think) they’ll finally be able to confront whoever’s been blackmailing them. They’re all given pseudonyms and try to guess who’s the bad guy. It’s full of zingy one-liners, and in the true spirit of board games, features three different endings.

Full of cheesy suspense and expertly-timed jump scares, this cult-classic supernatural film follows Charley Brewster, a horror-obsessed kid who finds out his neighbor is a vampire responsible for disappearances all over town. It blends humor and horror expertly, taking the time-honored vampire trope to new heights. And it has a 92% rating on Rotten Tomatoes 😉

Rarely is the remake of such a classic movie ever any good, but in this case, we were pleasantly surprised. The latest rendition of this OG vampire film is unexpectedly thrilling, and is stacked with talent including the late Anton Yelchin, David Tennent, Imogen Poots, and Colin Farrell.

We all know the story of Hansel and Gretel, but Hansel & Gretel: Witch Hunters takes that dynamic duo to the next level in this dark spin on a classic fairytale. Join the two grown-up siblings as they fight witches, ghouls, and family drama in what’s billed as a continuation to the original German folklore.

Yes, it’s a plague movie about a hunter who accidentally shoots a man with a skin infection and runs away, but Cabin Fever is chock-full of chaotic plot lines that see everyone around him suddenly infected with the disease he could’ve helped contain. Written and directed by Eli Roth, this film is a horror, a comedy, and a cautionary tale all at once. And what’s great is that it doesn’t feel so realistic that you’ll think you’re watching current events.

Credited with being the first successful comedy horror movie ~ever~, Abbott and Costello Meet Frankenstein follows two goofball railway baggage handlers who unwittingly come across Dracula’s scheme to unlock the secrets of Frankenstein’s creation. Starring the old-time comedy duo Abbott and Costello, this monster-mash has these two facing off with Dracula, Frankenstein’s monster, and the Wolf Man. It’s full of crazy twists and turns that will give you whiplash and have you crying with laughter more than terror.

If the trailer starts with someone driving furiously, you know it’s going to be good. This dark horror comedy with Dylan Minette and Jack Black, based (obviously) on the R. L. Stine’s children’s horror book series of the same name, is about townies that try to defeat the monsters that suddenly descend on their homes. There are monsters, romance, suspense, Jack Black, and lots of laughs. What more could you ask for?

Imagine your mom was an ’80s scream queen. Then suddenly, you find yourself in the world of one of her horror films. Do you have what it takes (ahem, *common sense*) to make it out alive?

You’d be hard-pressed not to find something to laugh about in nearly every minute of Ghostbusters.

A young boy is in love with his hot babysitter (unheard of, I know). But she belongs to a satanic cult and wants to kill him (“blood of the innocent” and all that), so he has to outsmart her crew and escape. Dramatique.

Zach’s girlfriend Beth (played by Aubrey Plaza, so prepare for dead-pan at its finest) comes back from the dead but doesn’t realize she’s actually a zombie. Zom-rom-coms, ever heard of ’em?

Tucker and Dale vs. Evil

This movie is an OG in the comedy horror department. It got an 85% on Rotten Tomatoes which is pretty impressive for any film, let alone a buddy comedy (yeah, this one is def more LOLs than scares) starring two hillbillies.

Taking the familiar concept of nightmare in-laws to a whole new level, Samara has to outwit her new husband’s deranged family as part of their truly evil wedding night tradition.

A high school girl committed to chastity discovers something shocking about her body. Look up the very real vagina dentata myth before you watch.

Happy Death Day is a murder-y twist on Bill Murray’s classic Groundhog Day: a college girl keeps re-living the day she gets killed by a person wearing a creepy babydoll mask.

This spoof on the homemade, handheld-recorder Paranormal Activity-esque type of movie is more goofy than spooky but you’ll still cry from laughing so hard.

A demonic power takes over a good-for-nothing teen boy’s hand and wreaks havoc, killing his friends and stabbing people at random. You know, normal teenage stuff.

This Is the End

Seth Rogen: “Yo Franco, we should make a movie about the apocalypse in Hollywood and have all our famous comedian friends in it.” James Franco: “Dope idea, man. Let’s get Rihanna too ’cause it’s Rihanna.” And that’s how This Is the End came to be.

Beetlejuice invented funny-scary, and that is not up for debate. Also, young Alec Baldwin is the ghost hottie of all our dreams/nightmares. That is all.

A campy cult classic, this iconic slasher has inspired tons of comedy horror films in the years since its release. It’s packed with so many scary-movie tropes that you could notice something new each time you watch. (Like, did ya catch the Nightmare on Elm Street music in the beginning of the trailer?)

Jennifer (Megan Fox) is a high school cheerleader/hottie who gets possessed by a demon and starts to kill all the boys who never had a chance with her before. I know that doesn’t sound very funny…but it is! Amanda Seyfried co-stars, by the way.

If there were an award for cutest zombie movie, Warm Bodies would win. It’s the hilariously sweet story of a guy who becomes un-undead when he gets the hots for a human girl.

Ugh, don’t you hate when you accidentally summon a demonic force/goat because you weren’t hyped enough for Christmas?

Plot spoiler: Scary Movie is not ACTUALLY a scary movie. It’s a parody of scary movies. (Like Scream.) The spookiest thing about this series is that there are five (5!) of these movies.

If you’re ever in a bad mood, just think about the fact that we live in a world where Emma Stone, Woody Harrelson, Jesse Eisenberg, and Bill Murray appeared in a zombie movie together and the plot’s about a guy trying to track down the last Twinkie in America.

A Black family moves into a Beverly Hills neighborhood on the “most dangerous night of the year.” Shortly after meeting new neighbors, the Blacks learn from The President (George Lopez) that it’s time for the annual purge; any crime is legal for 12 hours. Carl Black (Mike Epps) must protect his family and new home at all costs as not-so-friendly neighbors try to send them packing (or, you know, try to kill them). Gary Owen, the late Charlie Murphy, Mike Tyson and Michael Blackson all star alongside Mike Epps in this hilarious purge parody.

Shaun of the Dead

Shaun of the Dead is the comedy horror film that will make you think twice before saying you feel like “such a zombie” when you need another coffee around 3 p.m.

What We Do in the Shadows

If you feel that The Twilight Saga falsely glamorizes vampires, then you should watch What We Do in the Shadows, a (fake) documentary about three blood-sucking roommates who live a surprisingly normal life together.

The Cabin in the Woods

There is actually a lot of debate around what genre to label The Cabin in the Woods. It’s definitely scary…but it’s also pretty funny and considered a deconstruction of the horror genre. Either way, Chris Hemsworth is in it, so it’s worth a watch.

If Mean Girls were a horror movie, you’d get Tragedy Girls, a slasher about two friends who are obsessed with murder and social media clout. Spoiler: They end up killing Josh Hutcherson, who you know you’ve been missing since Hunger Games.

This bloody Netflix film is one part ghost murder spree, two parts vicious satire of the vapid art world, featuring a sometimes naked Jake Gyllenhaal. When a dead madman’s scribblings are stolen from his apartment and sold as high art, his spirit gets revenge on…everyone? Someone gets their arm hacked off by a sculpture, so that’s the kind of movie you’re dealing with.

One of Eddie Murphy’s finest comedic works, this 1995 film follows Maximillian, a Caribbean vampire who is also the last vampire in the world, and his first encounter with New York’s Brooklyn borough. An unlikely love story unfolds between him and Angela Bassett’s character who is a police officer, among a slew of other shenanigans. Come for old New York, stay for Eddie Murphy playing three different characters.

Another Eddie Murphy classic, this movie follows a realtor couple and their two kids who are supposed to be going on a family vacation. Along the way, the family ends up checking out a super old mansion under the guise of potentially selling it, only to find a host of cursed, ghostly characters inhabiting the place.

Gremlins is for sure the cutest pick on this list. You know the story: A teen boy is given an adorable lil alien creature as a gift, as long as he can follow three simple rules—no bright lights, don’t get him wet, and never, ever feed him after midnight. You can guess how well that goes.