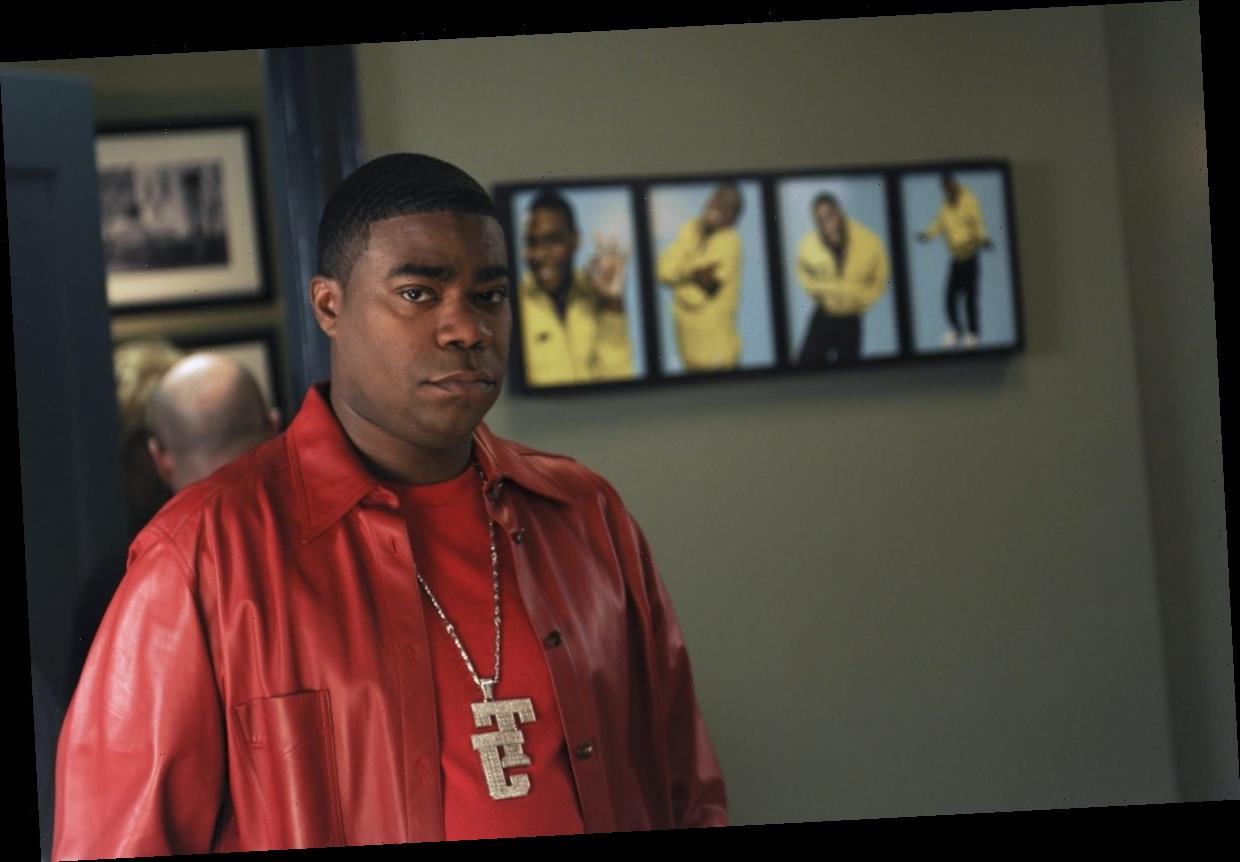 But the TV show also had a stellar lineup of hilarious supporting characters. None were as supportive, quite literally, as Tracy Jordan’s entourage, Grizz and Dot Com. Fans of 30 Rock may have noticed the group had amazing on-screen chemistry. And there’s a good reason for that: Morgan was friends with them in real life!

Who are the members of Tracy Jordan’s entourage?

On 30 Rock, Tracy Jordan (Morgan) is the flashy and unpredictable star of TGS. Rarely is he without his entourage, Grizz and Dot Com. Grizz (Grizz Chapman) is the more imposing of the two, standing nearly 7 feet tall. When Tracy gets overstimulated, it’s Grizz’s job to sit on him and calm him down. It’s also implied that, at one time, Grizz was Tracy’s financial manager as well as his talent manager. There is also some hazy romantic history between him and Liz Lemon (Fey).

Dot Com (Kevin Brown) is Tracy’s driver and cook, and often his voice of reason. He’s well educated and an intellectual, having graduated from Wesleyan University. Throughout the show, it’s revealed that he has aspirations of screenwriting and other entrepreneurial efforts. He has a book club and also leads a history club.

So what’s Morgan’s connection to Chapman and Brown?

Morgan met Chapman when he was a bouncer

Given his size, it’s no surprise that Chapman once worked as a bouncer at a strip club. That’s where he met Morgan, and the two became good friends. He also worked as a bodyguard and then took acting classes to hone his craft. Though he was friends with Morgan, he worked hard to land the part on 30 Rock.

“I worked hard to get the part, and a lot of people think that because Tracy and me are friends, I automatically got the part,” Chapman told Comic Book Resources in 2012. “What I can say is that Tracy was an integral part in me keeping my job because there were four members of the entourage originally, but NBC came to Tina Fey and Tracy and said they couldn’t pay for all four. So Tracy said we’re gonna keep just two guys, which included me. I made the cut. I worked hard to get there. I worked really hard.”

Brown is a standup comedy veteran. In the late ’80s, he and his brother opened a comedy club in Harlem called Uptown Comedy Club. They later created and produced a sketch comedy TV show of the same name. It was filmed live at the club and featured a mixture of standup comedy, sketch comedy, and hip hop performances. The show gained national success, and Brown managed several now-famous comedians, including JB Smoove, Flex Alexander, and Morgan.

But, like Chapman, Morgan wasn’t the reason he got the part on 30 Rock. In a Reddit AMA, Brown explained, “A lot of people thought Tracy Morgan put me on the show because we were long time friends, but he didn’t know I was going to be on the show until we were actually shooting the pilot.”

How did ’30 Rock’ change their lives?

In an interview with CNN, Chapman and Brown revealed how being on 30 Rock changed their lives.

“As an actor, it’s one of those things where there are trained actors who have been working at this craft for decades, and they’ll never get the exposure I got,” Brown said. “It definitely changed everything for me.”