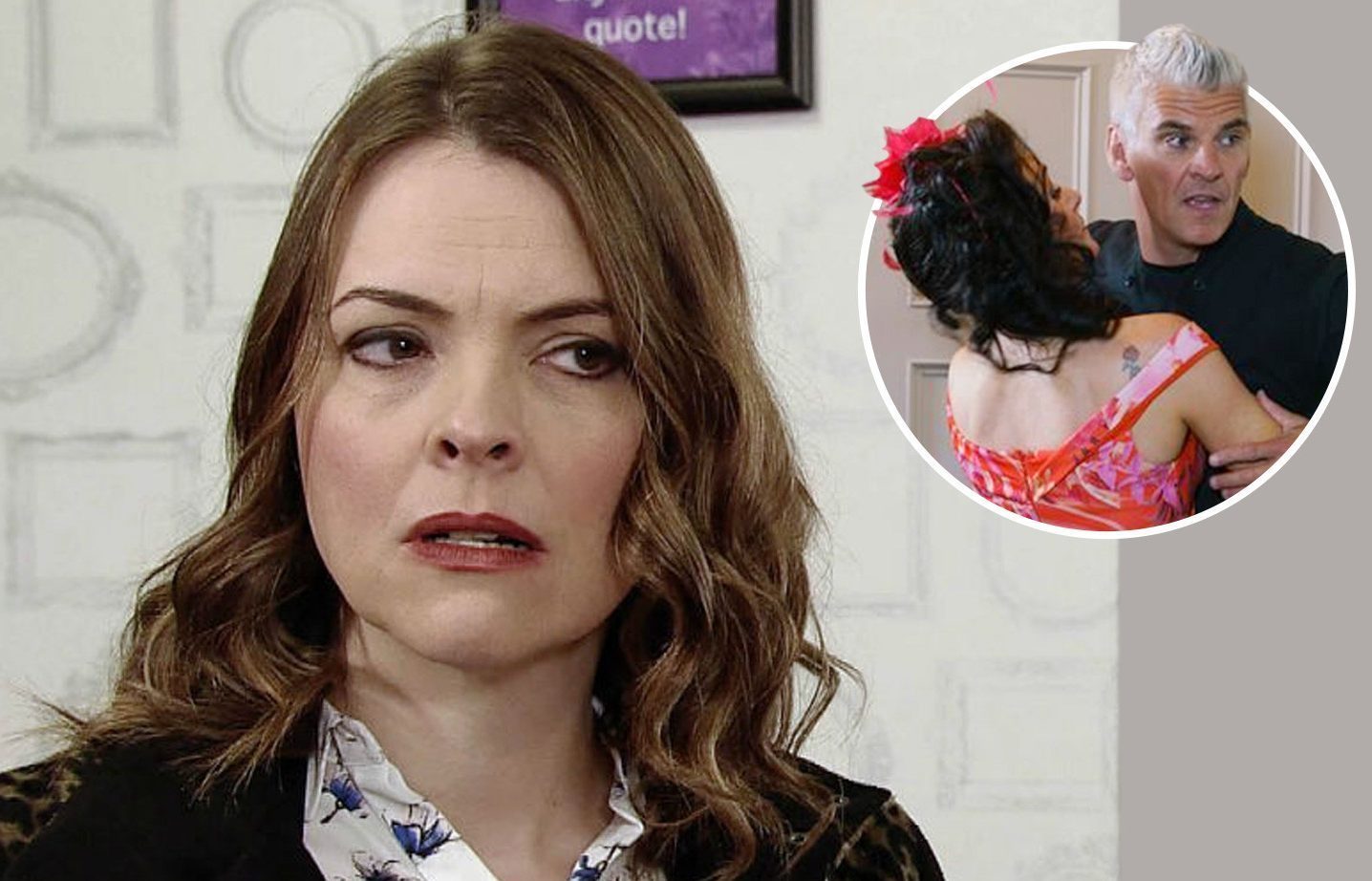 Secrets and lies are being uncovered and revealed in Coronation Street next week.

As Robert continues to weave himself a tangled web, Vicky has a scare with the baby while Seb makes a horrific discovery about Alina and Jan. Here's everything you need to know… 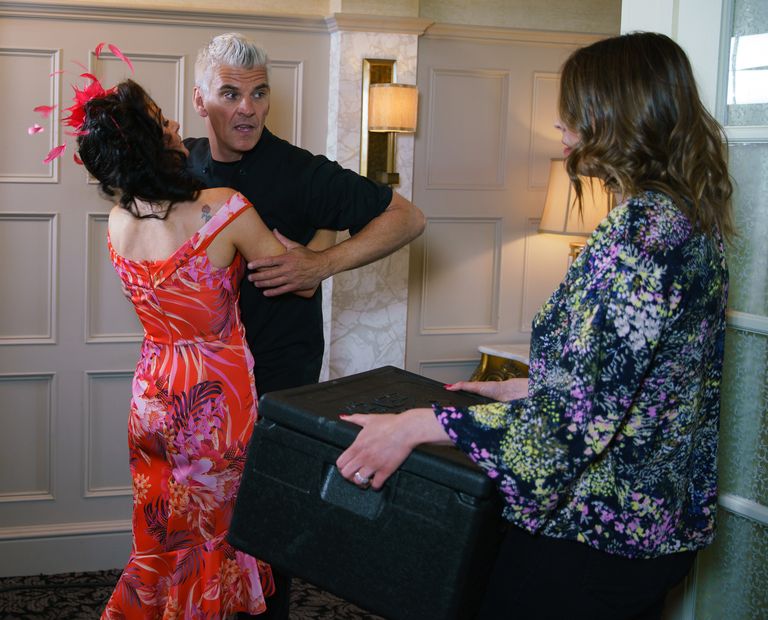 Seb is horrified when he finds Alina living in squalor. He then overhears Rachel tell her that if she doesn’t behave, things will get worse for her and her family.

Alina tells Seb she’s grateful to Rachel for her job and home.

Seb is horrified to discover Rachel and her husband are people traffickers.

Vicky turns up at the Bistro and tells Robert she’s tired of playing second fiddle.

Robert is horrified when Vicky doubles up in pain and rushes to the hospital with her.

Michelle is bemused when she arrives at the Bistro and pans are bubbling away but there’s no sign of Robert.

Vicky is told she’s suffering from gallstones and the baby is fine. Robert promises to make Vicky his priority.

Paula tells Sophie she’s genuinely sorry for putting her family in danger and really does love her. Will Sophie forgive her?

Jenny is annoyed at Kate being hungover again and suggests to Johnny that she needs a job.

Gemma moves back into No.5 and urges her mum to make an effort. 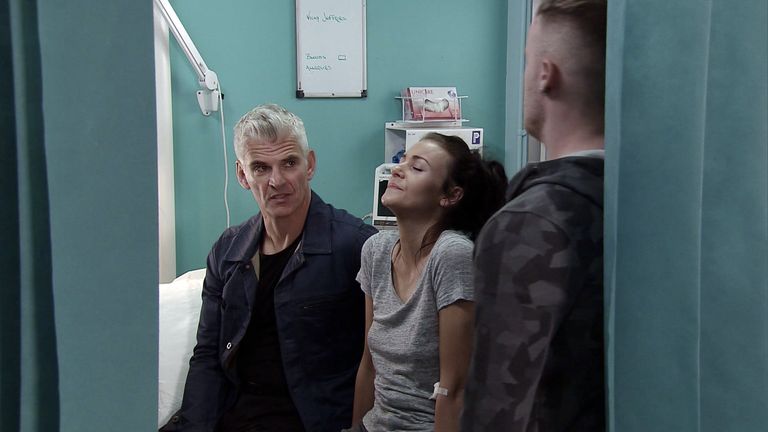 Robert tries to convince Vicky not to go to Tyler’s awards ceremony because she should look after her health. The real reason is because it’s an event Michelle has been asked to cater for.

As they serve the canapes, Robert spots Vicky and encourages her to go home for the sake of the baby.

He steers her out of the hotel where he gives her a protective hug which Tracy witnesses.

Kate meets up with Imogen and decides to travel the world with her but Jenny is annoyed when Kate asks Johnny for £3k to fund the trip.

Seb calls at the nail salon and tells Rachel the game is up and that he’s watching her.

Rachel calls her husband and tells him to deal with Seb.

Abi starts a job at a new garage but immediately gets fired when she drops a bonnet on the owner’s hand.

Robert promises Vicky he’ll spend the occasional night with her when she tells him she’s lonely. He lies to Michelle and says he’s been offered a mentoring role with Young Offenders, but it will mean the occasional overnight stay.

Jenny reveals plans to convert the pub into a B&B.

Kevin offers Abi her job back at Webster’s Autos, if she can keep her fists to herself. 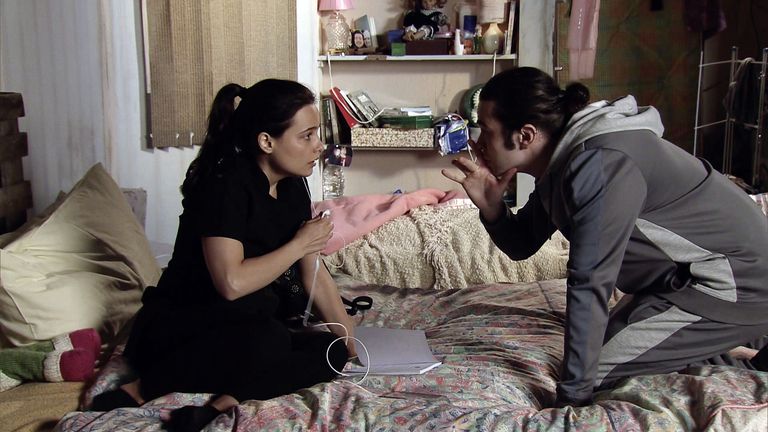 Rachel tells Jan they are expecting a new batch of illegal immigrants from Albania and to make sure there’s no trouble from Seb.

Carla asks Robert how he’s got a job with young offenders when he has a criminal record.

Carla picks up Robert’s phone just as he gets a text. Is she onto him?

Johnny tells Jenny he knows she’s making Kate feel uncomfortable and tells her not to make him choose.

Kevin suggests dinner at the Bistro to celebrate Abi’s first day back. Sally decides to matchmake them.

Robert is jealous when he arrives at Vicky’s and finds Tyler’s dad, Jed, there too.