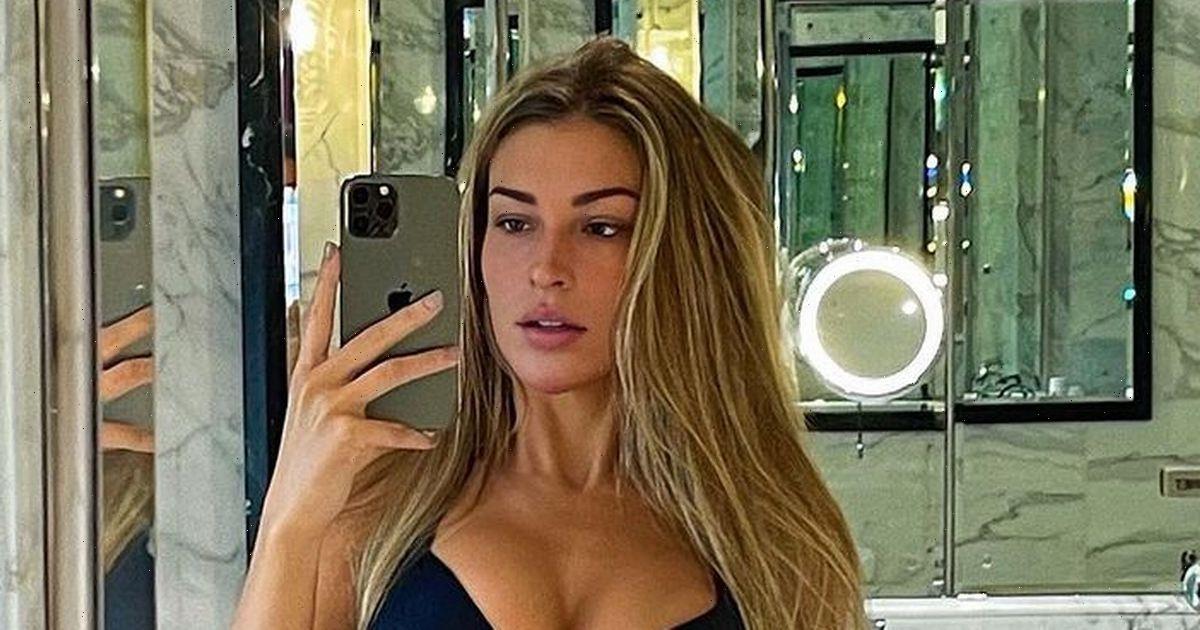 Zara McDermott sent heart rates into overdrive with her latest sexy snaps from her romantic weekend away with boyfriend Sam Thompson.

The 24-year-old former Love Island star took to Instagram to share the gorgeous snaps of her donning a tiny wrap-around bikini that showed off her miniature waist and toned abs.

Her slender pins and ample assets were on full display in the black swimsuit, which emphasised her glowing bronze tan.

The reality TV star wore her honey-colored tresses down and cascading around her shoulders as she posed up a storm in the fancy bathroom mirror, with no makeup to let her natural beauty shine through. Captioning the incredible mirror selfie, she wrote: “The most relaxing weekend in a while”.

She also shared another shot with Made in Chelsea star Sam, 29, as they shared a jacuzzi together.

The couple beamed from ear to ear as they relaxed and Zara captioned the pic: "Jacuzzi time with m bubs.”

Zara and Sam began dating after her appearance on Love Island in 2019. Despite the couple going through several ups and downs, including Zara being hit by cheating claims the pair appear to now be going from strength to strength,

Sam has said that he now trusts Zara “wholeheartedly" and that he sees a future with her.

He told The Sun that he is “not one to judge” and that “people do make mistakes” when discussing their relationship. He continued: “All the drama and stuff that happened not too long ago, I am now at an age where I can sit back and say I love this girl.

“Yes, people do make mistakes. I do believe she wants to be a better person and learn from that. It comes down to me and what do I want.

The star also revealed that he doesn't believe there to be any point in rekindling a romance if you don't fully trust or believe the other person.

Sam went on to explain that if he had never been given a chance to rectify his own mistakes, he would be “pretty annoyed”.