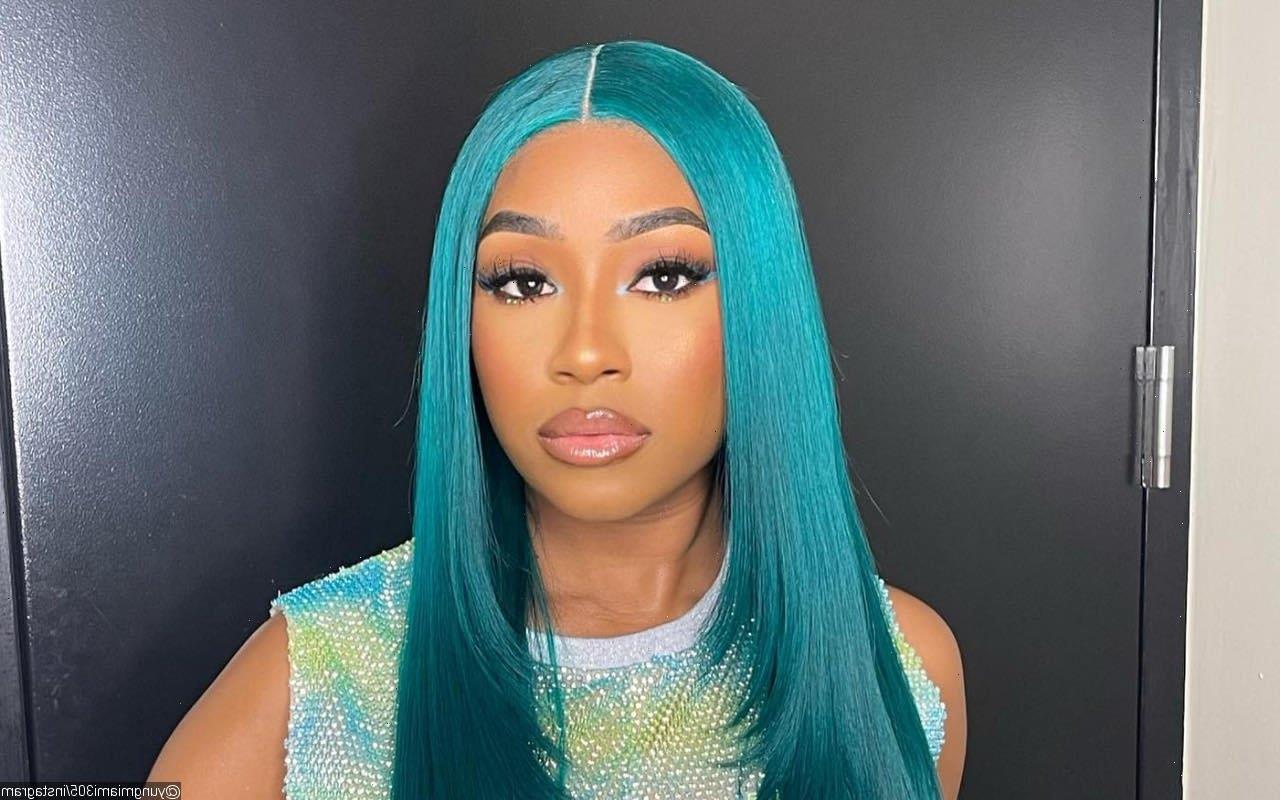 The 28-year-old, real name Caresha Romeka Brownlee, had to deal with the hater on Sunday, September 18 after tweeting her reactions to the NFL’s Atlanta Falcons versus Los Angeles Rams game.

AceShowbiz -It looks like Yung Miami is ready to hang her mic soon. When responding to an online troll criticizing her rap skills, the one-half of City Girls declared that she’s retired from the music industry.

The 28-year-old, real name Caresha Romeka Brownlee, had to deal with the hater on Sunday, September 18. When the femcee tweeted her reactions to the NFL’s Atlanta Falcons versus Los Angeles Rams game, an individual asked whether she actually understood football.

In response, Miami replied, “Yes I cheered up until high school I know football very well!!!!!!!” A different user then chimed in, telling the raptress to shut up and “make better music.” Clapping back, Miami fumed, “B***h I don’t even rap no more! Eat this P***y h*e I retired!”

Fans were shocked upon reading Miami’s statement. One person replied, “girl don’t play with me like dat.” Another argued, “Wait a damn minute Caresha.” A third lamented, “Caresha, out of all comments, why you reply to this one. We didn’t ask for you to retire, who you told you you can just leave us. I got abandonment issues, you can’t retire now.”

Miami herself has been busy with her new podcast, “Caresha Please”. The podcast earned her a Best Hip Hop Platform nomination at the 2022 BET Hip Hop Awards.

Celebrating the nod was Miami’s “papi,” Sean “P. Diddy” Combs. Sharing a photo of the two on Instagram, the hip-hop mogul gushed, “Proud of you @yungmiami305 Shawty Wop!!!! #ad On your BET Hip Hop Award nomination for Best Hip Hop Platform! You out here F**kin S**t Up!!!! Love @revolttv … I TOLD YOU! #CareshaPlease.”