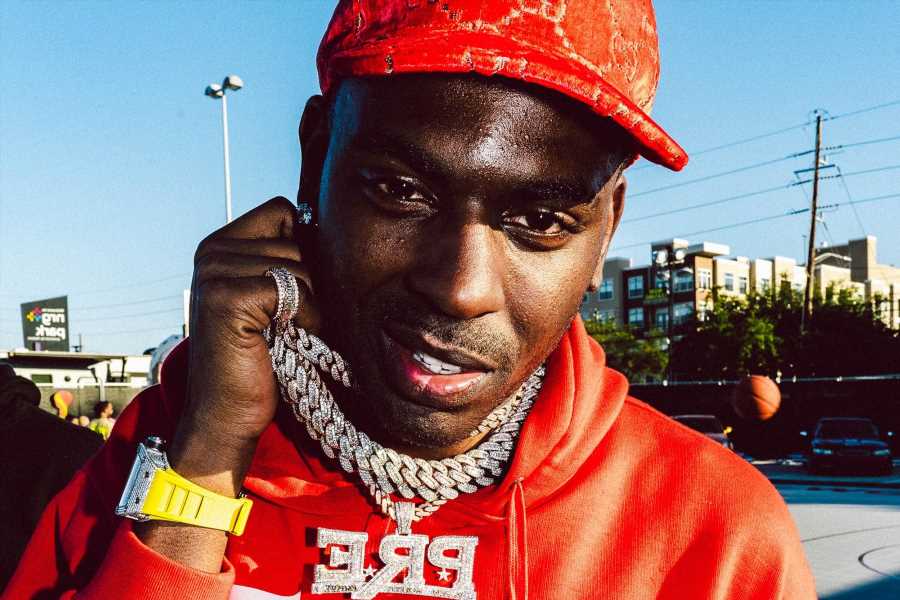 When news broke of the tragic death of Memphis rapper Young Dolph on the afternoon of Nov. 18, it was a sorrowful reminder of the way violence has robbed us of so many hip-hop greats. Dolph, born Adolph Robert Thornton Jr. in Chicago and raised in Memphis, was innately talented. He possessed the kind of laconic Southern swagger that by now is enshrined in hip-hop mythology. A fiercely independent outlaw from the outskirts of the mainstream, able to fire off a chart-topping record nonetheless.

When I spoke with Dolph in early 2017, he came alive when asked to describe Memphis. (The rapper moved to Atlanta in the early 2010s.) “It’s real cool and it makes you feel like you’re in the South,” he said. “But you can’t dodge negativity. That shit’s everywhere.” Devotion to the city ran deep. Dolph and his family started the Ida Mae Family Foundation, named after their grandmother, offering help to people in Memphis. And Dolph himself was known to be a generous spirit. Memorials on social media often key in on the rapper’s penchant for helping others.

And he could rap like no one else. Young Dolph’s career belies the notion that rap doesn’t have regional styles anymore. He sounded like Memphis. “Memphis, we’ve got our own flow,” he told me. He flooded the streets with trap hammers like “Major Key,” his 2018 track with cousin and frequent collaborator Key Glock, as well as “Sunshine,” a vital 2020 track about the effects of the pandemic lockdown. He worked with Megan Thee Stallion on the ominously thugged-out gem “RNB.” He even landed on a handful of legitimate radio hits including Colonel Loud’s Frankie Beverly and Maze-sampling “California” and L.A. rapper O.T. Genasis’ “Cut It.”

Dolph was 23 when he started making music, relatively late by today’s standards and irrelevant for his particular, and singular, brand of rap. It was 2013’s East Atlanta Memphis and 2015’s Felix Brothers — both collaborations with rap’s Southern soothsayer, Gucci Mane — that first got Dolph noticed in the wider rap world. His first “official” album, 2016’s King of Memphis, landed him on charts. That year would prove to be significant. Two tracks from 2016, “In My System” from his mixtape Rich Crack Baby and “Play With Yo Bitch,” a Yo Gotti diss track that proved widely popular, would stir up a bevy of controversy while exposing a whole new audience to Dolph’s lyrical charm.

Both “In My System” and “Play With Yo Bitch” revealed Young Dolph’s idiosyncratic talents as a rapper. He relied most heavily on a strong knack for wordplay and a striking sense of dramatics. Recorded with Baton Rouge rapper Boosie Badazz, “In My System” centers around a haunting chorus inspired by his parents’ drug abuse when he was a child: “I’ve got cocaine running through my system.” Far from the blithe advertisement that some mistook it for, the song is a moment of street consciousness on par with D4L’s “Scotty” and Waka Flocka Flame’s “O Let’s Do It.” Meanwhile, “Play With Yo Bitch” finds him dropping sharp lines like “Lit up like a nigga cut the Christmas lights on,” as if rapping for profit is merely child’s play.

By 2017, that “negativity” would begin to creep in. The aptly titled “100 Shots,” inspired by an attempt on his life in which assailants allegedly fired 100 bullets at Dolph, feels harrowing in retrospect. He raps in a knowing deadpan, the realities of betrayal enmeshed in a commitment to survival.

A senseless killing at the hands of still-unknown gunmen, Young Dolph’s death arrives in a year of unspeakable loss for the hip-hop community. At the age of 36, Young Dolph hailed from a newer, post-DatPiff ethos where the likes of Moneybagg Yo, YFN Lucci, and Money Man translate hardcore fandom into consistent streaming success. It seems cruel that so many rappers aren’t living to a ripe old age, sharing their hard-earned wisdom and old-head stories with a younger generation, instead of generating another trending hashtag. Dolph deserved more than surviving 100 shots aimed at him. He deserved to live.