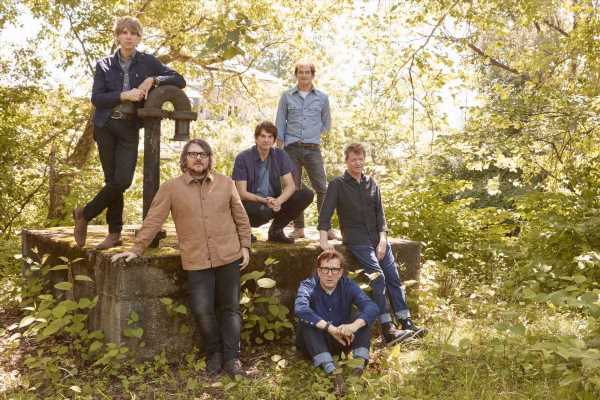 Wilco dropped “Love is Everywhere,” a new track off its eleventh LP, Ode to Joy, out October 4th via dBpm Records.

“So tangled in the wild/Seeing myself as something more mean,” frontman Jeff Tweedy sings over soothing, subtle guitar. “Sadness wants me/Further away from the scene.” An optimistic track for our dreary political climate, the chorus acts as a silver lining: “Right now, love is everywhere.”

“There MUST be more love than hate. Right?!” Tweedy said in a statement. “I’m not always positive we can be so sure. In any case, I’m starting to feel like being confident in that equation isn’t always the best motivation for me to be my best self — it can kind of let me off the hook a little bit when I think I should be striving to contribute more love outside of my comfortable sphere of family and friends. So…I guess the song is sort of a warning to myself that YES, Love IS EVERYWHERE, but also BEWARE! I can’t let that feeling absolve me of my duty to create more.”

Ode to Joy, a follow-up to 2016’s Schmilco, is the band’s eleventh LP. It also marks a return from the band’s year-hiatus, during which Tweedy released two solo albums and a memoir. An album that features the collaborative efforts of Tweedy and drummer Glenn Kotche, Tweedy has described Ode to Joy as “really big, big folk songs, these monolithic, brutal structures that these delicate feelings are hung on.”

Starting on October 8th, the band will embark on an extensive fall North American tour. After it wraps on November 20th at Omaha’s Orpheum Theater, they’ll play their own Sky Blue Sky Festival in January. Ode to Joy is available for pre-order here.