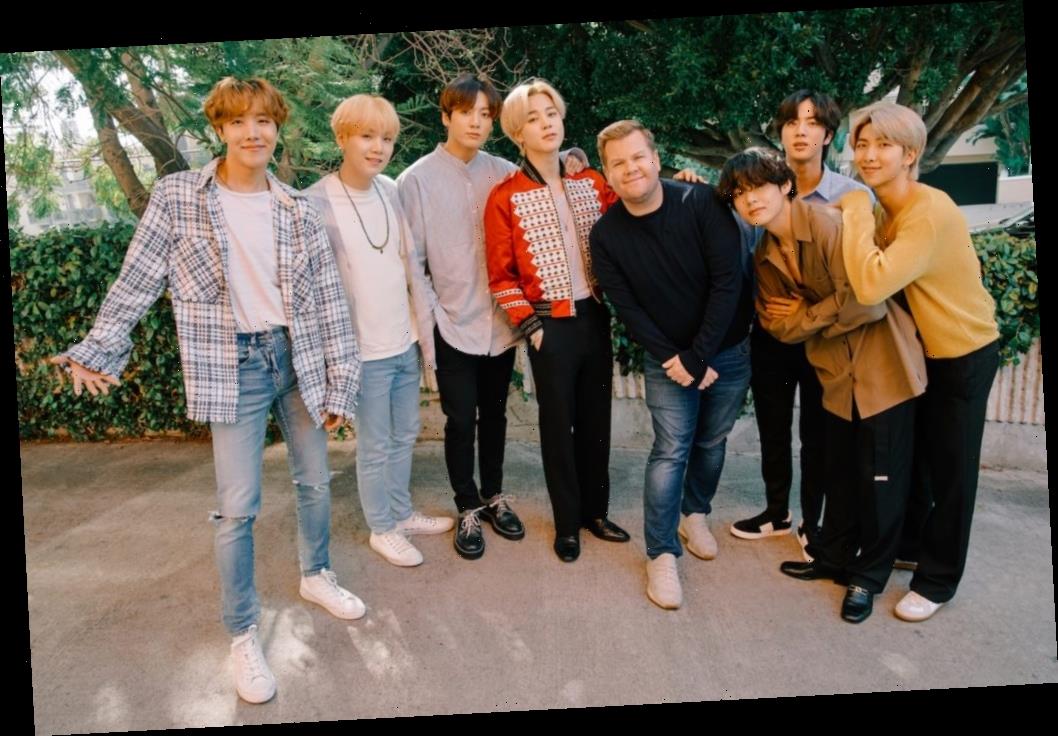 Since their debut, the BTS members earned a few strange nicknames from their fans. That includes one of the vocalists and dancers of the group, Jimin, who is sometimes called “Baby Mochi” by the ARMY.

Why do fans call him this? What does it have to do with James Corden? Here’s what we know about this K-pop idol.

A few of the BTS members earned nicknames from fans

RM, Jin, Suga, J-Hope, Jimin, V, and Jungkook are pretty different. It’s what they do together that makes BTS so special though. Since their debut, these performers have often used stage names when releasing music with BTS.

Aside from their stage names, these performers earned other nicknames from their fanbases and from each other. Suga earned the nickname Lil’ Meow Meow for his sweet and kind side that he often shows with fans.

The oldest member of the group, Jin, earned the nickname “Worldwide Funny Guy,” for all the jokes he makes with the other members. One of Jimin’s nicknames, aside from “Chimmy,” has to do with food.

Jimin’s “Mochi” is a pretty well-known nickname, even mentioned during BTS’ Carpool Karaoke. Corden asked the K-pop group about their nicknames, given to them by fans. V shared that he’s nicknamed “Good Boy” and Jin is “WWH” which stans for “Worldwide Handsome.”

Corden mentioned that Jimin is sometimes called “Mochi” by fans and the boys burst out laughing. After some explanation from RM regarding what a Mochi is, Jimin became the Baby Mochi to James Corden’s Papa Mochi.

“Mochi’s like ice cream inside, rice on the outside — Mochi,” James Corden said, pointing to Jimin. Jimin responded, saying, “You’re Papa Mochi. I miss you, Papa!”

Since then, Corden even changed his Twitter user name to reflect a new nickname given to him by Jin — The Late Late Show With Joke Guy⁷. Jimin is still referred to as Baby Mochi by fans in the United States and overseas.

Why, exactly, is Jimin called Mochi?

Sure, Jimin loves ice cream like the other BTS members. That’s not the only reason why fans nicknamed him mochi, though. It’s mostly due to this K-pop idol’s chubby cheeks and his adorable persona.

“Fans started calling Jimin mochi because his cheeks resembled the squishiness of a mochi,” one Quora user said. “Another reason is his cute and adorable persona. Especially when he does aegyo. Fans started calling him mochi after seeing his pouts.”

The “Life Goes On” music video is now available on YouTube. Music by BTS, including their recently released album, Map of the Soul: 7, is available for streaming on Spotify, Apple Music, and most major platforms.