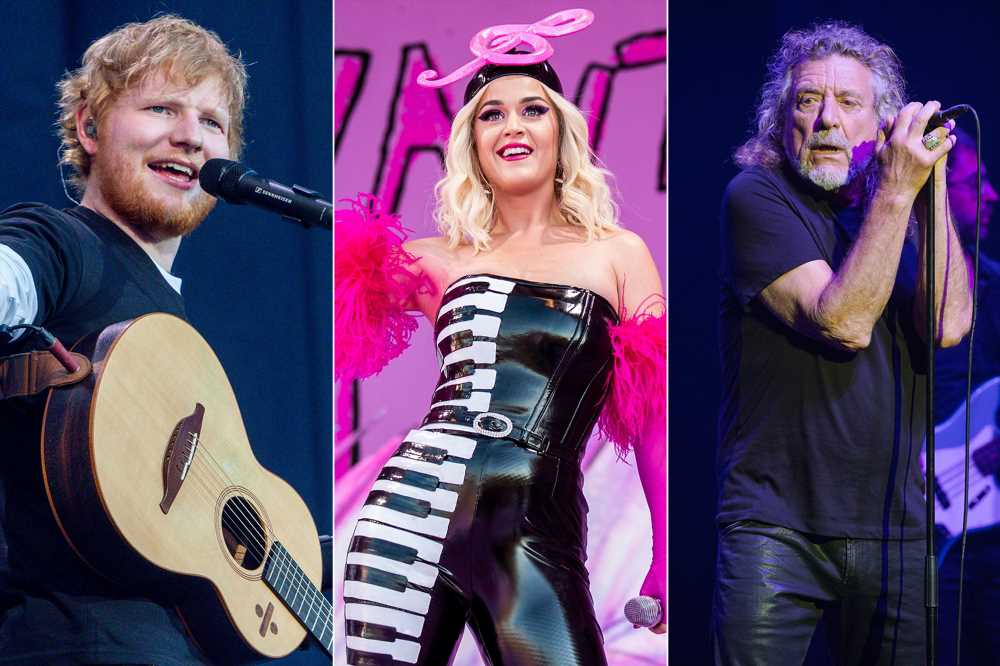 Katy Perry hasn’t released a new album in two years. But the pop star’s name lit up headlines this week as fervidly as if she had, when a jury unanimously ruled that her 2013 smash hit “Dark Horse” copied an older song from a little-known Christian rapper — a decision that, in rare combination, has sent both celebrity bloggers and intellectual properly lawyers atwitter.

“Dark Horse” came under fire in 2014 from rapper Flame (real name Marcus Gray), who alleged that it ripped off the beat from his 2009 song “Joyful Noise.” A federal jury decided on Monday that the writers of “Dark Horse” — which sold more than 13 million copies, graced the stage of the Super Bowl halftime show, and was nominated for a Grammy — did infringe on Flame’s track; late Thursday, after hearing days of testimony about Perry’s expenses and profits from record executives (including the odd tidbit that her song needed $2,000 ice cubes in its marketing budget), that same jury ruled that Perry and her label Capitol Records owed Flame $2.78 million. Of that, it said, $550,000 should come from the singer and the rest from the Universal Music-owned Capitol.

“They’re trying to own basic building blocks of music, the alphabet of music that should be available to everyone,” Perry’s lawyer Christine Lepera argued in the trial’s closing arguments. Others warned of the trial setting a dangerous precedent for future cases.

But the real damage was done years ago, according to many industry observers. A series of court decisions in the last 20 years — from a successful Isley Brothers suit against Michael Bolton in 2000 to the multimillion payout that Robin Thicke and Pharrell Williams were ordered to give to the family of Marvin Gaye for “Blurred Lines” in 2015 — has tremendously relaxed plagiarism proof standards and expanded the scope of what’s protectable in copyright law. “A lot of us would have found [the Perry outcome] very surprising five years ago, but our sense of what it meant to prove copyright infringement was different then,” Christopher Buccafusco, a law professor who specializes in music copyright and directs Cardozo Law School’s intellectual property program, tells Rolling Stone.

Throughout most of the last century, copyright lawyers and music creators held a default view that copyright claims were valid for lyrics and melody, but not for more abstract details such as rhythm, beats and feel. The “Blurred Lines” case forever changed the status quo when its court ordered the hit song’s writers to cough up $5 million to Marvin Gaye’s heirs for creating too similar of a “vibe” to Gaye’s 1977 hit “Got to Give It Up.” At the time, Thicke, Pharrell and collaborator T.I. (who worked on “Blurred Lines” but was not deemed liable in the case) joined up to issue a statement that “while we respect the judicial process, we are extremely disappointed in the ruling made today, which sets a horrible precedent for music and creativity going forward.”

Copycat cases started popping up immediately. Sandy Wilbur, a longtime forensic musicologist who served as an expert witness on the “Blurred Lines” case,  told Rolling Stone in 2018 that her “last two years have been my busiest years ever.” Kenneth Freundlich, a Los Angeles entertainment lawyer, said that since “Blurred Lines,” there has been a noticeable increase “in calls to lawyers from clients along the lines of, ‘This sounds a little like this [other song]. What do you think?’”

“Most musicians are working in a finite innovation space. There are not a lot of sounds generally pleasing to people’s ears” — law professor Christopher Buccafusco

Finding people who can plausibly be plaintiffs has “gotten really easy,” Buccafusco says, pointing out that many attorneys rush to represent people whenever they see an opportunity, whether that comes in the form of asbestos, car crashes or similarities in two pop songs. Artists these days also have easier access than ever to an “army of detectives around the world” — i.e. diehard fans — that can motivate plagiarism lawsuits.

Yet another major factor in the increase of copyright lawsuits is the fact that many plaintiffs nowadays are not artists themselves: they’re the heirs and family members of artists who’ve died or retired, with much to gain and nothing to lose. (Whereas an artist might have felt cagey about suing another artist because of reputation or potential retribution down the line, heirs who don’t work in the music business don’t share any of those constraints.) “Their interests have pushed courts to re-conceptualize the scope of copyright subject matter,” Buccafusco says.

He adds: “The world of musical composition is not that broad, and it’s certainly not that broad when it comes to things like bass lines. Most musicians are working in a finite innovation space. There are not a lot of sounds generally pleasing to people’s ears and not that many ways to say, ‘Love is a wonderful thing.’ Should they be financially on the hook for that?” As creators make more and more new music — case in point, Spotify said earlier this year that nearly 40,000 tracks are uploaded to its streaming platform each day — that marks less of a question than a crisis.

The Perry/Flame spat comes just weeks after a judge postponed a jury trial for an infringement case against Ed Sheeran’s smash hit “Thinking Out Loud,” ruling that he’s waiting for a similar infringement trial against Led Zeppelin’s “Stairway to Heaven” to set a precedent first. All eyes are now on the Zeppelin lawsuit, not only because of the legacy of its center subject, but because it already appears poised to go all the way to the Supreme Court; if that happens, it will mark the first time the highest court in America has ever examined the issue of music plagiarism, and the industry may finally receive an answer as to the definition of the nebulous term.