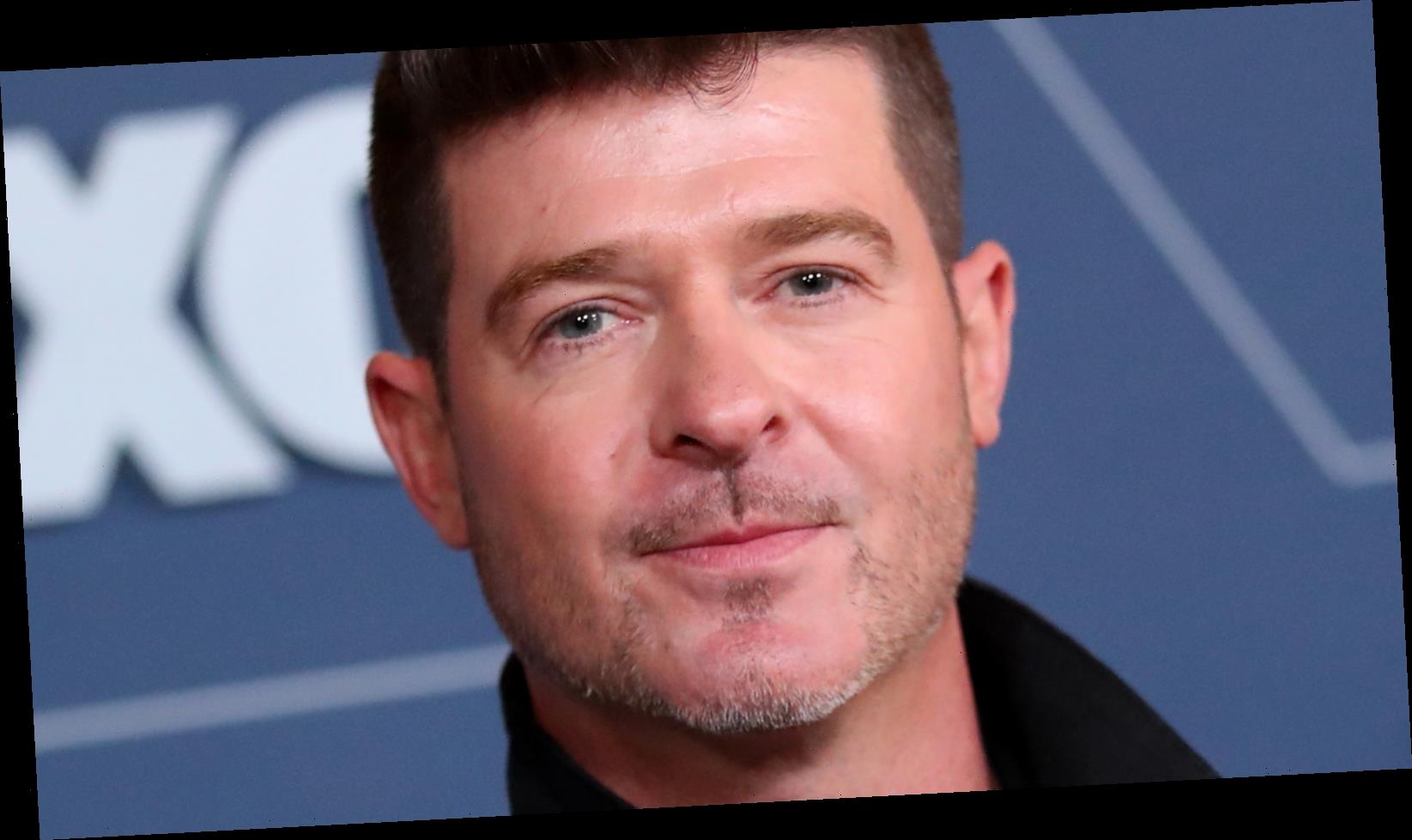 Singer Robin Thicke was able to find love again after his divorce from actor Paula Patton. Thicke faced a bit of a scandal when he and Patton split in 2014. At the time she filed for divorce, she accused the “Blurred Lines” singer of cheating, being physically abusive, and using drugs, People reported. The two would end up battling it out in court over custody of their son Julian Fuego Thicke. “My marriage to Paula was crumbling,” he told the outlet. “I started using painkillers. It was a melting pot of trouble brewing, and I was so arrogant that I thought I could handle it all.”

By May 2015, Thicke moved on from his failed marriage with model April Love Geary. They stepped out publicly together at Cannes Film Festival two months after his divorce from Patton was finalized, via People. In the months that followed, Geary gushed about Thicke on Instagram. “Lucky to be in love with my best friend,” she captioned a photo with Thicke in St. Barts.

The following year, she shared an adorable family photo with Thicke and his son that showed the early inklings of the family she and Thicke would create together. They went on to fuel marriage rumors after getting each other’s initials tattooed on their ring finger with Thicke’s reading ALT for “April Love Thicke.” However, sources later confirmed that they were still boyfriend and girlfriend and not husband and wife, via People. But, marriage and babies were on the horizon.

April Love Geary is the proud mother of three

Robin Thicke and April Love Geary started to expand their family after welcoming their daughter in February 2018. “On 2/22 at 13:33 Mia Love Thicke was born,” Thicke captioned a video of him holding his newborn daughter, as captured by ABC News. “Thank you God and April Love,” he added. Six months later, Geary posted an adorable video of baby Mia holding up a sonogram photo and announced that the family was expecting another baby. “Well someone is going to be a big sister next year!” Geary shared on Instagram, as captured by USA Today. “We’re so excited to share with y’all that I’m expecting again!”

While pregnant with their second daughter, Lola Elaine, Thicke got down on one knee and popped the big question on Christmas Eve 2018. “YES YES 1000x YES,” Geary captioned the Instagram post that showed two photos of the couple and a video clip of the “Lost Without U” singer asking for her hand in marriage while at a family dinner. Two years later, the couple welcomed their third child together, son Luca Patrick Thicke, via People. The proud mom shared a photo in the hospital bed with her newborn.

In addition to showing off her love for her children, the working model also shares posts promoting brands like Target, Fashion Nova, and Honest Beauty. On Valentine’s Day, Thicke and Geary celebrated with their trio of tots. “My favorite holiday,” she captioned a family photo. We cannot wait to see these two walk down the aisle!