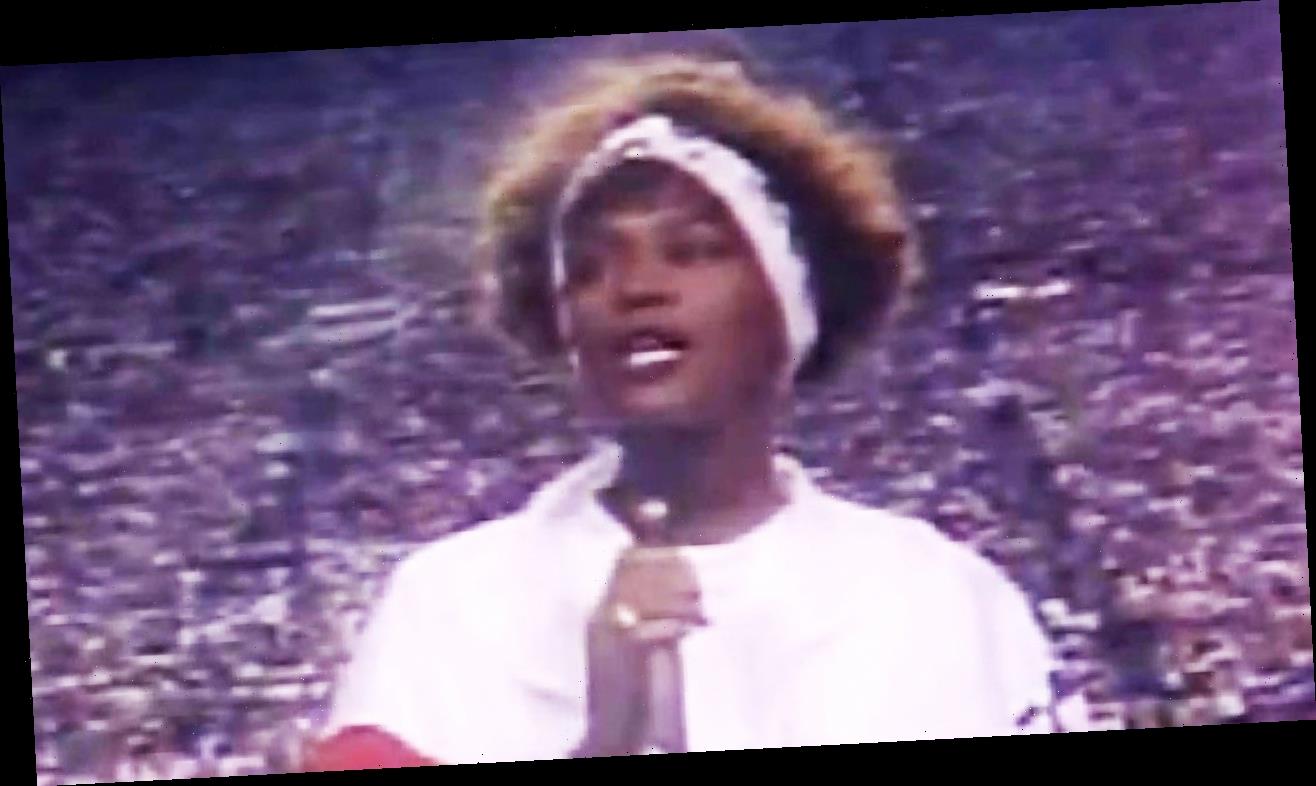 In 1991, Whitney Houston delivered an unforgettable performance of the National Anthem ahead of Super Bowl XXV that was ingrained in the public consciousness. Now, 30 years later, the country is taking a look back at that unforgettable moment.

Rocking an understated white track suit, Houston — who was only 27 at the time — stepped out onto the field at Tampa Stadium and belted out a rendition of “The Star-Spangled Banner” that brought down the house.

The performance served to open one of the most-watched events of the year, with nearly 80 million people tuning in to watch the game, and thus experiencing the power of her voice and the impact of her delivery.

The appearance came at a pivotal point in the arc of Houston’s career. The singer already had multiple No. 1 singles and was essentially a household name.

However, she had yet to appear on screen, or release the song that would go on to be her best-selling and most identifiable song of her career — “I Will Always Love You,” which was released in 1992 on the soundtrack to her film, The Bodyguard.

Houston’s performance of the National Anthem was released as a single, and reached the Top 20 on the Billboard charts. It’s frequently found on retrospective lists of greatest live event performances and Houston donated the proceeds of the single to the Red Cross.

When it comes to Super Bowl performances, Houston’s powerful delivery and inspiring, soaring vocals will forever been a benchmark by which other singers and celebs will strive to reach.

This year, on the milestone 30th anniversary of Houston’s appearance, Super Bowl LV is once again taking place in Tampa, Florida, and the National Anthem will be performed by Eric Church & Jazmine Sullivan.

Super Bowl LV airs live on CBS and CBS All Access on Sunday, Feb. 7. Kickoff is at 6:30 p.m. ET. Additionally, CBS Sports has a free live stream to watch the Super Bowl, in addition to the CBS Sports App on your mobile device. In the meantime, stay tuned right here to ETonline.com for more exclusive Super Bowl coverage coming your way before game day!