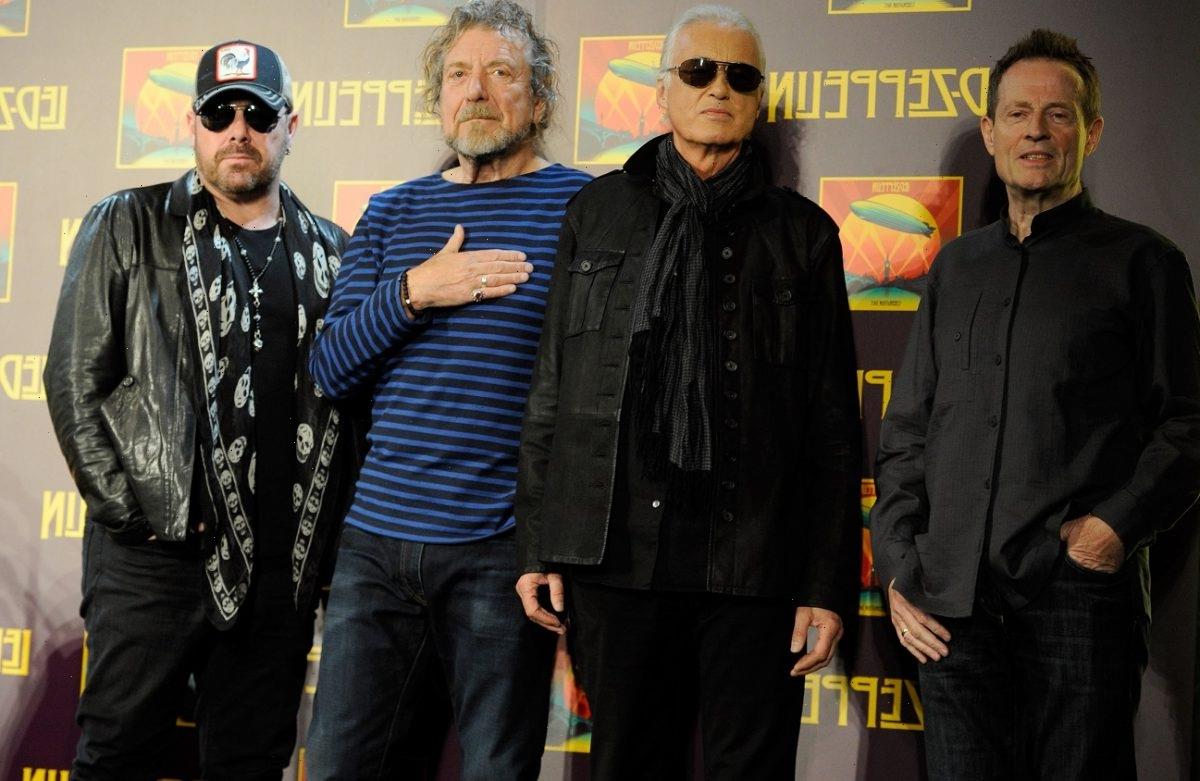 The surviving members of Led Zeppelin did not mess around with their 2007 reunion show at London’s O2 arena. It would not be another sloppy set (as their Live Aid and Atlantic 40th anniversary performances had been). The occasion was a tribute to Atlantic co-founder Ahmet Ertegun, and that might have been the only thing that could’ve gotten Robert Plant, Jimmy Page, and John Paul Jones together. They came rehearsed and completely prepared.

If you close your eyes and listen to the recordings, sometimes (as during Page’s “Dazed and Confused” solo), you might think you’re hearing vintage Zep live. Page, Jones, and Jason Bonham (John’s son) played that well. And Plant, shouldering an especially heavy load singing the songs of his youth at 59, delivered an extraordinary performance himself. The show was a complete triumph, and a few songs in particular send shivers down Zep fans’ spines.

The quartet kicked off the O2 gig the same way Zep opened its ’69 debut LP: with “Good Times Bad Times.” You hear a bit of rust on the track, which is entirely understandable. Apparently, the sound crew was still working through the kinks at that point.

But “Ramble On,” the second track (one Zeppelin never performed live), offered a preview of the brilliance to come. Indeed, the four men on stage kept building throughout the show. By the time they got to “Nobody’s Fault But Mine” (seventh in the setlist), this reformed Zep had completely caught fire.

They saved the best for last. Before they returned for two encores, the band closed its set with “Kashmir,” the ’75 epic Plant and Page consider the definitive Led Zeppelin track. The quartet emptied the tank with this performance, and it stands up to the great ’70s renditions. (Talk about swagger.)

How did they pull it off? Maybe it was that Plant didn’t have to soar to the top of the vocal register to pull off his part (and that he still seems to appreciate his lyrics to “Kashmir”). Meanwhile, Jones showed zero signs of diminished powers. He nailed the heavy, multi-part load he carries to every “Kashmir” performance. And Page and Bonham played their parts magnificently. The band went out in style at the O2; the encores were afterthoughts.

Zep fans will have a hard time criticizing the O2 performance. Certainly, you have to accept that Plant couldn’t hit the high notes (or bring a 27-year-old’s energy to “Trampled Under Foot“). And you might detect the band tripping up (briefly) on the tricky “Black Dog” rhythm.

But, minor quibbles aside, the show (immortalized as 2012’s Celebration Day) stands as a proper goodbye to one of rock’s greatest band. Just soak up the mood Page sets in the quiet parts of “Ramble On.” Or feel the band finding all that past glory in the climax of “Stairway to Heaven.”

Never say never, but that may be the last time we hear Plant give everything to “Stairway” — and what a farewell it was. Otherwise, the band hit another high point with “No Quarter,” the Jones showcase. Fittingly, the band gave Bonham the last word. His furious drums solos at the close of the encores sent the crowd into hysterics.

Afterward, Jones celebrated the son of his long-departed bandmate. “[Jason was] the star of the show, I thought,” Jones said (via Led Zeppelin: The Oral History of the World’s Greatest Rock Band). “Not only did he pull it all off, he took chances — and that takes a lot of guts.”