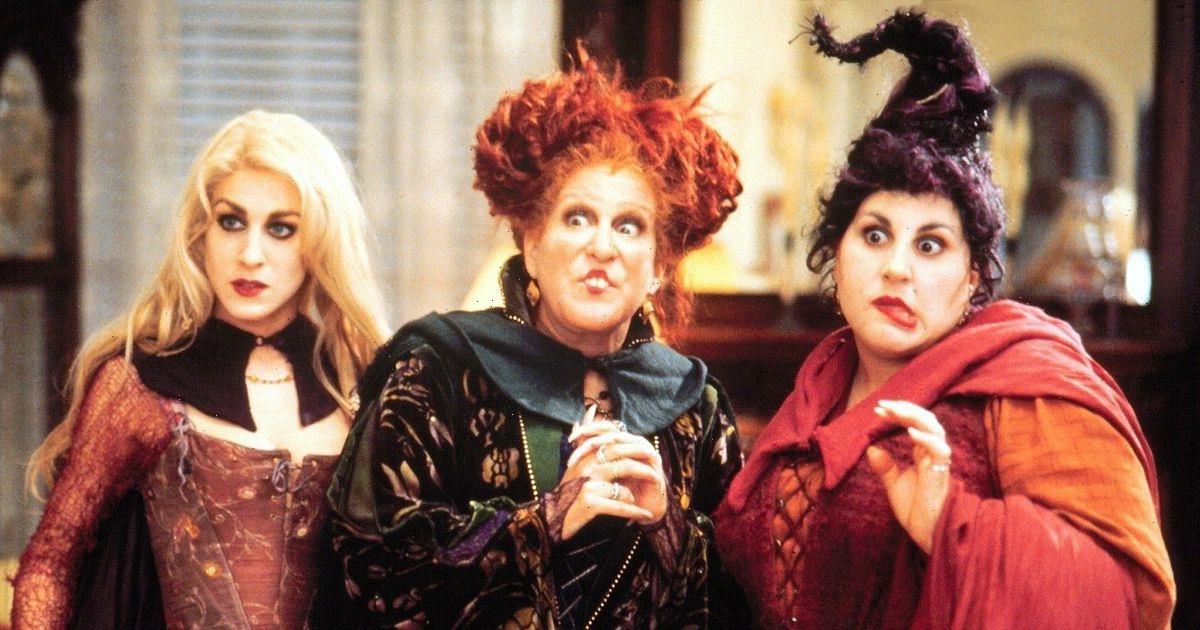 The original Hocus Pocus released in 1993 and has been beloved by fans every since.

Hocus Pocus 2 has been a long time coming, with rumours of a sequel dating back for years now.

It is one of the most anticipated films of the year and is coming exclusively to Disney+.

This means it won’t receive a cinema release, so if you want to see it, you’ll have to sign up to the platform.

Just this week, Disney confirmed the release date of September 30 2022, meaning there are only a few short months to go before the premiere.

So just what have the cast been up to since the first Hocus Pocus? At 76 years old, Bette Midler is leading the franchise once again as Winifred Sanderson.

The legendary actress and singer has starred in countless classics over the years, with Beaches, The First Wives and Ruthless People being just a few.

More recently, she starred in the TV series The Politician as Hadassah Gold and provided the voice of Grandma in The Addams Family 2.

She is married to Martin von Haselberg, with the singer being best know as one half of the duo The Kipper Kids. Hocus Pocus may have helped Sarah Jessica Parker become a star, but her role as Carrie Bradshaw in Sex And The City cemented her as a household name.

In the 2021 sequel series, And Just Like That, she returned to her role, delighting fans of the long-running saga.

She is back as Sarah Sanderson in Hocus Pocus 2 as well, making her one of the biggest stars of the new film.

In 1997, Sarah married Ferris Bueller’s Day Off and WarGames star Matthew Broderick, and the pair are still together to this day. Kathy Najimy has mainly been in television, with the star finding immense success on the small screen.

In recent years, she has appeared in Duncanville, The Morning Show, Younger and The Rocketeer.

She is also returning to take on her role of the heartfelt and wholesome sister, Mary Sanderson. Doug Jones might not be a household name, but he has certainly been in countless films you’ve seen.

He is known for being clad in cosmetics as he transforms himself into character, monsters and fairy tale icons.

Some of his most well-known roles are as Abe Sapien in Hellboy, Amphibian Man in The Shape of Water and Fauno in Pan’s Labyrinth, all directed by Guillermo del Toro.

In recent years, he has appeared in the What We Do In She Shadows TV show, Star Trek Discovery and is set to take on the iconic role of Nosferatu in an upcoming adaptation.

He is the final cast member returning to the franchise.

He is still married to his wife Laurie, with the pair tying the knot in 1984.