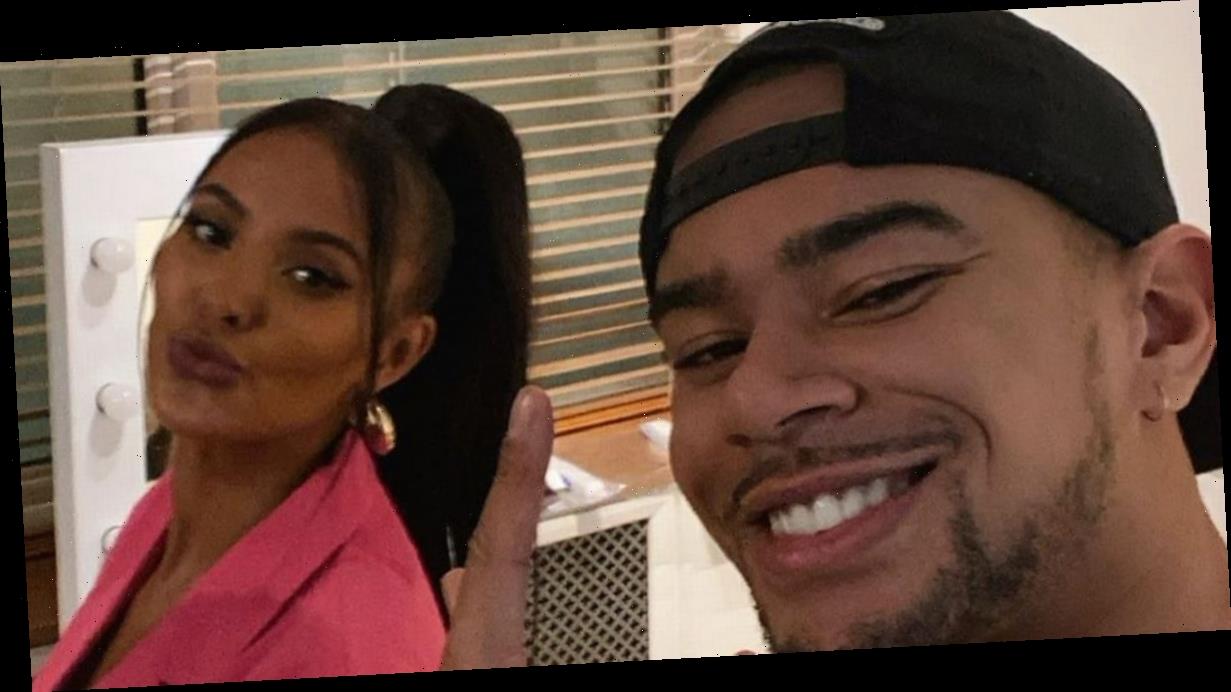 The 22-year-old reality star took to his official Instagram page on Monday to share a selfie with Maya, 26, who was proudly pouting at the camera.

Stormzy's ex Maya donned a hot pink blazer for the snap with hoop earrings and styled her hair in a high ponytail.

Wes, who appeared in the fourth series of the ITV2 dating show back in 2018, wore an orange T-shirt, chunky silver chain and a backwards baseball cap.

In his Instagram image caption, he wrote: "Had my first solo performance a couple days ago, smiles all round. Thanks for having me, I had a dope time."

A majority of Wes' 1.6 million followers were quick to flag the presence of Maya in the snap, with one writing: "You would make the best couple."

Another added: "Mr steal your girl."

Daily Star Online has contacted representatives of Wes and Maya for comment.

Wes split with Love Island 2019 contestant Arabella Chi, 28, in April, and moved out of the home they shared together.

He has released his first ever single with UK rapper Hardy Caprio as he eyes up a brand new career in music.

Their new tune See Nobody comes almost a year after he starred in X Factor : Celebrity and shocked fans with his musical talent.

Wes' new single was written and produced during the coronavirus lockdown and the star admitted he put in the "hustle" to bring it out for his eager fans.

The TV star and rapper teamed up after Wes played the song to Hardy over FaceTime, and within 10 minutes he'd added his own verse.

Speaking to Daily Star online about the track, Wes said: "It's about committing to your ambitions and going clear, making your way through the hustle and bustle and coming out on top.

"I've left everything behind to make music and I'm happy to do that."

Wes hoped to showcase his talents of singing and songwriting with the new song, and it seems he has done the job.

"Music is the only thing that's really resonated, this is the one thing I really want to do.

"It's not a passion project or a whim. I'm in this for the long haul."

The series was won by TOWIE star Megan McKenna.