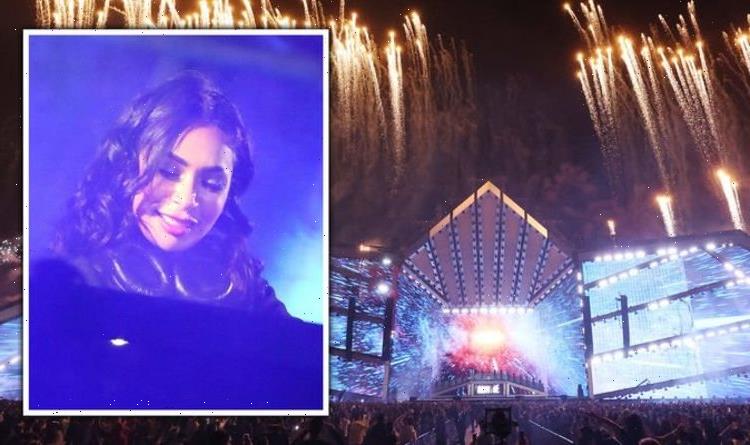 Saudi Arabia’s MDLBEAST Soundstorm became the largest music festival in the world last weekend after welcoming over 700,000 fans across four days. In exclusive interviews with Express.co.uk, David Guetta, Armin Van Buuren as well as female DJs Eli & Fur and Saudi’s Cosmicat praised the festival while explaining why they wanted to be a part of the record-breaking event.

The integrated music festival brought male and female music lovers together to enjoy over 200 global, regional and local acts.

David Guetta was one of several global headliners who performed on the world’s tallest and largest stage, BIG BEAST, on Saturday.

He told Express.co.uk: “The festival is extraordinary it’s a world-class level festival but also, to me it doesn’t feel like just another concert.

“I came here for the first time in 2018 for Formula-E concert and people told me, ‘Do you realise this history in the making? It’s the first time that a mixed concert is happening.’ I was like, ‘Wow, this is crazy.’

“My entire life I’ve dedicated to electronic music, and of course, I love to see this culture growing worldwide.

“We did the first edition of Soundstorm and it was amazing and this time it was even bigger. It has a different meaning because Saudi is extremely influential in the Middle East and the world so, I feel with Soundstorm, not only are we changing the lives of the youth in Saudi but this is also influential for the whole region and even for the world.

“I was talking to my friends and everyone was really impressed by the production and the organisation.”

“We do this every week, play festivals and it’s not always that we receive this welcome and because it’s so new for people they’re thirsty and hungry, they want more. And of course, as a DJ it’s pleasant to play for people that are really into it,” he added.

Sharing her thoughts on the festival, she revealed: “I am so happy I feel so proud, I feel like it’s a huge responsibility to represent my country in a proper way and I hope I’m inspiring young women because that’s really what I want to do.

“I started off really scared, really anxious, but to drive people to do the same and follow their passion that is just the biggest gift I can ever ask for.”

Opening up on the challenges she faces as a female DJ in the Kingdom, Cosmicat reflected on the changes the region has seen in recent years.

“I grew up in very different conditions back in the 90s here in Saudi Arabia a lot of things weren’t allowed back in the day and now they’re just so open and easy for everyone to enjoy which makes me feel lucky to be alive at this point to see it.”

Global artists, such as Justin Bieber, have recently come under fire for performing in Saudi but one half of the DJ and electronic music producer duo Eli & Fur has explained why she felt it was important to join the festival line-up.

Eliza Noble remarked: “I spoke to a lot of the local DJs here that are women and they talked about how for them this is a huge amount of freedom, which they have not had before.

Global DJ Armin Van Buuren concluded: “The fact that somebody is willing to throw an event this humongous, only shows a positive thing and people really want to hear this music.

“It’s more than some of the negative stuff you read about electronic music events sometimes. People really go out here to hear the music and have a great time.

Get the latest three-day weather forecast where you live. Find out by adding your postcode or visit InYourArea

“It warms my heart because that’s the message that all of us DJs try to spread across the globe, there’s no harm in this it’s just music and celebration.”

Ahead of the festival, MDLBEAST also hosted its first-ever XP music conference which focussed on the evolution of the region’s music industry.

The conference featured a large number of industry figures both regional and international.