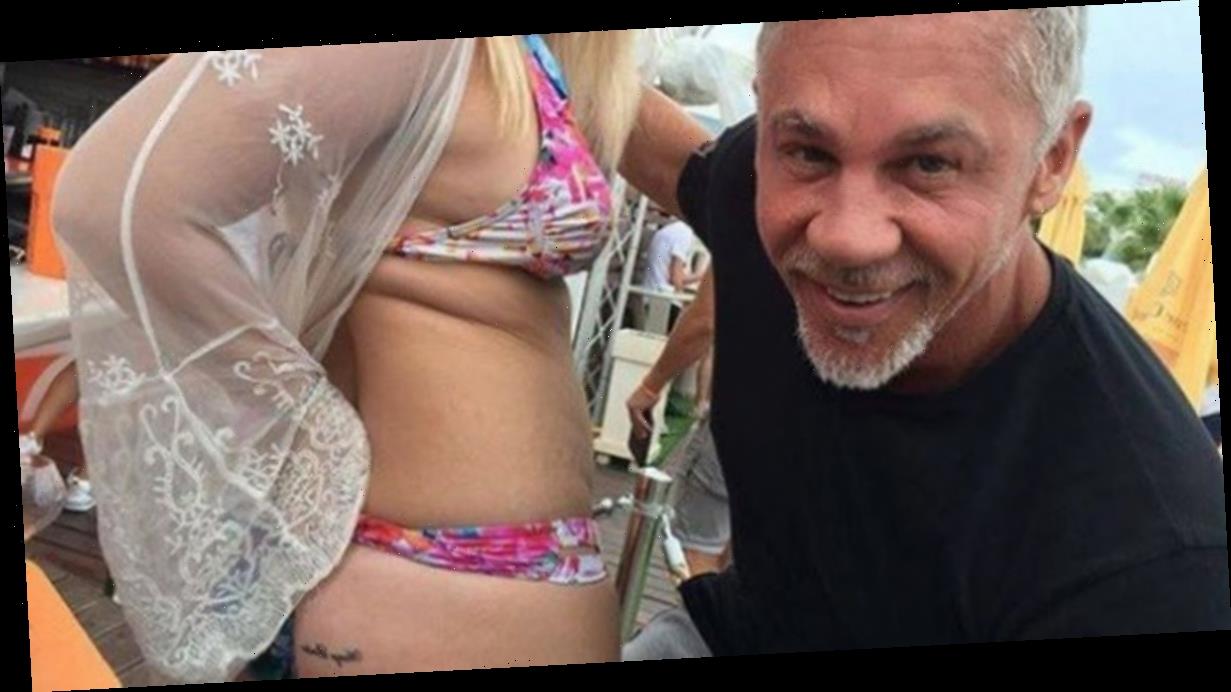 Wayne Lineker has revealed a fan once turned up at a club in Ibiza with his name tattooed on her backside – only she'd spelt it wrong.

The 58-year-old, who is on the new series of Celebs Go Dating, which starts on Monday, is often seen surrounded by bikini-clad babes at his Ocean Beach club in Ibiza.

And it seems one girl was so keen to get his attention that she took a seriously extreme step – only it backfired a little.

He said: "I think some people think I’m an absolute idiot. But a lot of girls like me.

"I've had girls come to Ocean with tattoos of my name on them.

"One time I got a phone call from my son, who was running a nightclub in Ibiza.

"He went, 'Dad, there’s a girl who just come in with your name tattooed on her a**e.'

"And he looked at it, and she spelt it wrong! It was the funniest thing ever.”

The businessman, brother of football pundit Gary Lineker, is serious about finding a girlfriend on the E4 show – but has admitted he doesn't mind being the bread-winner in the relationship.

"I don’t mind being a sugar daddy," said Wayne.

"But obviously not with someone too young. My ideal age is between 30 and 35.

"But I want the girl to have experienced life, and been successful in her own little way, whether that's being a nurse or something else.

"I think it's important that they've done something, and not been lazy."

He went on: "I know girls are attracted to a successful man."

Wayne has been married twice before but is open to it again – as well as having more children, despite previously saying he wouldn't date someone who wanted kids.

He said: "If I was in a relationship with someone that was 30 years old and was desperate for a child, then I would take that route if she wanted to."

Fans will have to wait and see if his search for love is successful on Celebs Go Dating.

The new series sees him join the likes of Chloe Ferry, Curtis Pritchard and Joey Essex locked down in a mansion with their dates.

Celebs Go Dating: The Mansion starts on Monday, at 9pm on E4