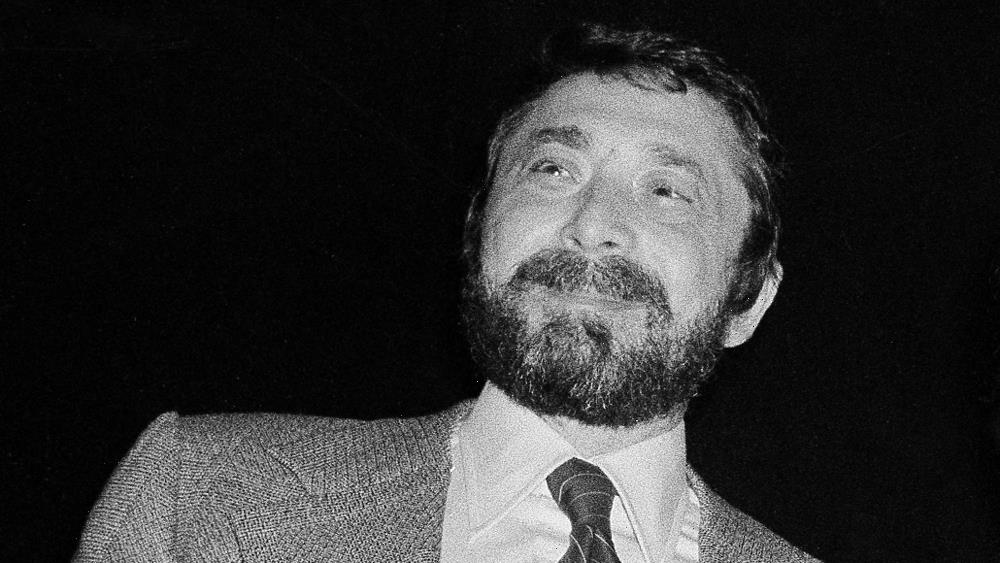 Walter Yetnikoff, a colorful record label executive who led CBS Records as president/CEO from 1975 to 1990 — when its roster was stacked with superstars like Michael Jackson, Bruce Springsteen, Billy Joel, Barbra Streisand, Paul McCartney and the Rolling Stones — died Sunday night at age 87.  He would have turned 88 on August 11.

A cause of death has not been given, although he had been battling several illnesses in recent years. His wife, Lynda, confirmed the death to friends Monday.

Born in 1933 in Brooklyn’s largely Jewish Brownsville neighborhood, Yetnikoff described his childhood as “extremely painful” as a result of having been physically abused by his father. “He would kick me in the street when I was five,” recalled Yetnikoff in the New York Times. “And I thought that was normal. It’s not normal to bang your kid’s head against the wall, though.” His mother “worshipped money… [but] power was more my thing.”

The man who went by the Yiddish nickname Velvel attended Brooklyn Technical High School and Brooklyn College, then graduated from Columbia Law School, where he was an editor of the Columbia Law Review. After graduation, he served in the U.S. Army in what was then West Germany from 1956 to 1958, at the height of the Cold War. Upon his discharge, Yetnikoff was hired by the law firm Rosenman, Colin, Kaye, Petschek and Freund, which represented both CBS and its longtime chief, William S. Paley.

Yetnikoff joined CBS Records in 1961 as an in-house attorney, following in the footsteps of fellow lawyer and friend Clive Davis, serving as general counsel of CBS Records’ legal department. He was instrumental, together with Harvey Schein, in forming CBS/Sony, a Japanese joint venture which became highly profitable under Akio Morita and Norio Ohga and helped to plant the seeds for Sony’s eventual acquisition of CBS in 1988. Yetnikoff was then named CBS Records International President, a post he occupied from 1971 to 1975, growing the company’s overseas operations substantially. In 1975, Paley named him president/CEO of CBS Records following the dismissal of Clive Davis in 1972, who was replaced initially by former head Goddard Lieberson, then Yetnikoff.

Under the boisterous, controversial Yetnikoff, CBS Records set its sights on its rivals, especially the west coast-based Warner Bros. Records, managing to spirit away James Taylor and Paul McCartney from Warner and Capitol/EMI, respectively (Warner chief Mo Ostin retaliated by taking Paul Simon from CBS). Under Yetnikoff, McCartney collaborated with Stevie Wonder on the 1982 hit “Ebony and Ivory,” from Macca’s “Tug of War” album, and with Michael Jackson on “The Girl Is Mine,” from “Thriller.” McCartney and Jackson followed that up with another smash duet, “Say Say Say.”

To get a sense of how powerful a figure Yetnikoff was in the record business, his 50th birthday party in 1983 drew a who’s-who of celebrities, including Mick Jagger, Billy Joel, Christie Brinkley and Ahmet Ertegun. “People sometimes don’t return my calls,” he said about his years as a star maker. “In the old days, you were running a huge risk if you didn’t.”

Yetnikoff was worked hard and partied harder during a time of stratospheric profits. He also gained notoriety for breaking down color barriers and forcing MTV to play Michael Jackson’s “Billie Jean,” threatening to withhold all his other artists if the fledgling music network refused to comply. While at the helm of CBS, Jackson – whom he had signed as a solo artist just three months after being named label head on the recommendation of his A&R staff (Yetnikoff wanted to pass) – sold over 40 million copies of “Thriller,” while Earth, Wind & Fire’s “I Am” and Springsteen’s “Born in the U.S.A.” each sold over 20 million, and Billy Joel”s “The Stranger” tallied 13 million.

At the 1984 Grammy Awards, Jackson called Yetnikoff up to the podium, saying he was “the best record company president in the world.” Streisand, too, scored her biggest-selling album under Yetnikoff’s watch, with 1980’s “Guilty,” a collaboration with the Bee Gees’ Barry Gibb. Yetnikoff also helped launch the careers of new artists such as Cyndi Lauper (on CBS Portrait), “Weird Al” Yankovic (on CBS’ Scott Brothers Records) and Gloria Estefan.

Known as a strong advocate for artists, Yetnikoff frequently went to bat for his clients, helping Billy Joel re-acquire his publishing rights and presenting them to him as a birthday present. In the Joel documentary “The Last Play at Shea,” Yetnikoff recounts how he physically threatened Billy’s former manager Artie Ripp to make the deal happen.

Yetnikoff had built the foundation of CBS’ relationship with Sony early in his career, and played an instrumental role in the deal to sell the company to the Japanese electronics giant for $2 billion in 1988. With it, he reportedly signed a two-year contract that included a $20 million bonus. After hiring his good friend and protege Tommy Mottola as president of domestic operations, Yetnikoff would resign from the company in 1990, blaming both Mottola and attorney Allen Grubman, two former close associates, for undermining him with the Japanese. The company’s new owners were reportedly distressed at the description of Yetnikoff’s ego and behavior in Fredric Dannen’s controversial 1990 book “Hit Men: Power Brokers and Fast Money Inside the Music Business.” That book, a vividly written account of freewheeling label executives and the widespread (and at times illegal) tactics used by independent radio promotion execs, caused even more friction in the years to come. In an interview with the New York Times, Yetnikoff called Mottola “Scumola” and labeled Dannen’s book “bull.”

Yetnikoff went on to start Velvel Records with his own money, and then unsuccessfully shopped a Miles Davis biopic. He also helped run Commotion Records, a label that specialized in indie-movie soundtracks.

After being approached by Jacqueline Kennedy Onassis, then an editor at Doubleday, to publish his autobiography in the late ‘80s, Yetnikoff finally got around to it with the 2004 publication of “Howling at the Moon,” a ribald look back at his life with co-writer David Ritz. In the book, Yetnikoff credits a Catholic priest, Father Vincente Puma, with helping him recover from his addiction to alcohol and cocaine. “It’d be easier for the Pope to convert to Islam than for me to turn Catholic,” he said about Puma. “But that didn’t stop me from hanging out with a priest who understood the need for redemption.”

To show his appreciation, Yetnikoff became involved with Eva’s Recovery Center, a homeless shelter in Paterson, NJ that was founded by Puma. He also volunteered for recovery centers around the New York area. “Twelve years ago, he started coming out every week or two,” Puma told the New York Times in 2004. “He never misses. He is very faithful.” However, as his health declined in recent years, he lost touch with many of his former friends and associates in the music industry.

In a characteristic comment during an interview with the Times on the publication of “Howling at the Moon,” Yetnikoff noted ruefully, “If you have one foot in yesterday and one foot in tomorrow, you’re going to hurt your crotch.”

He is survived by Lynda, his second wife, and sons Michael and Daniel.

A small family service is planned, to be followed by a more public memorial.