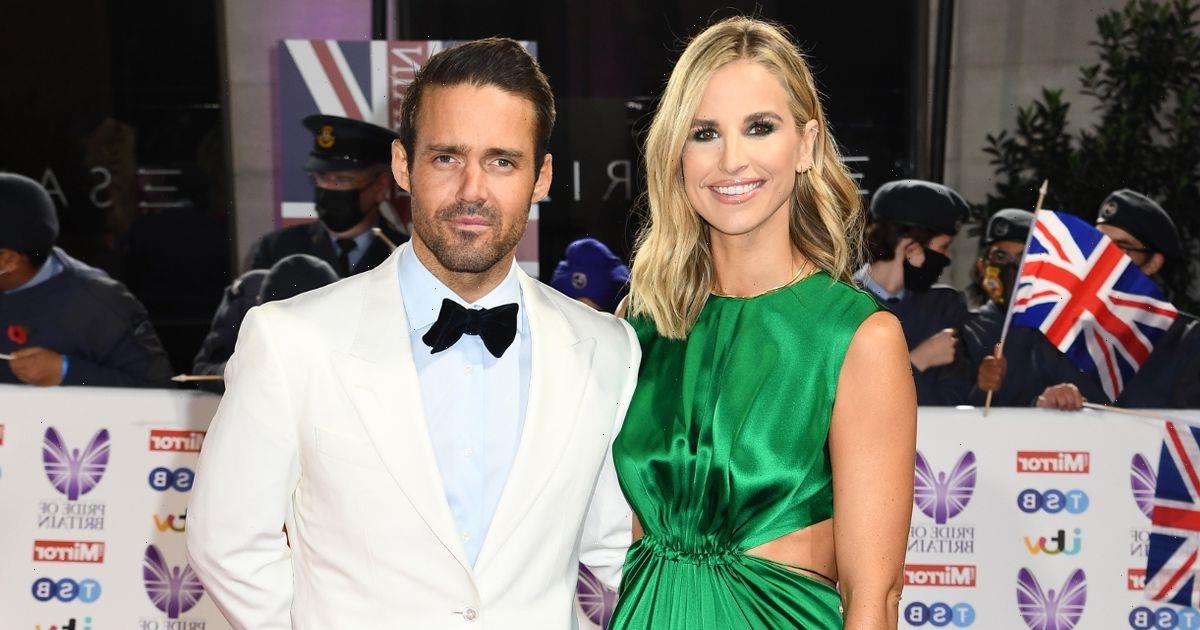 Spencer Matthews and Vogue Williams once romped nine times in a night.

The TV couple’s sex marathon went on for an amazing 12 hours.

They made the jaw-dropping confession on their podcast.

Made In Chelsea star Spencer, 33, told Vogue: “We’ve done all kinds of s**t together, darling.”

Vogue teased: “Naughty things that cannot be repeated because we’re not those people anymore.”

Spencer then added: “Lots of sex. You know, we’ve had lots of sex – in a single night. How many times do you reckon we’ve had sex in 12 hours?”

The comments left Irish model Vogue furious and she replied: “No, no, no. Spenny, honestly I’m going to take this pod down the toilet.

“I’ll take it down the toilet if you…”

Spencer and Vogue, 36, are one of the hottest couples in showbiz and between them have 1.7million followers on social media.

They started dating in 2017 and got hitched in a lavish ceremony at his family’s estate at Glen Affric in The Highlands the following year. Since then they have had three children.

Spencer has previously said he is happier than ever with Vogue.

He wrote online: “I’ve never been happier and more in love.

“You inspire me daily with your warm open heart and rigorous work ethic.

“It’s really no surprise to me that everybody loves you.

“You deserve all of your success, now and for ever, and our kids are lucky to have you as their mother.”

But just weeks after giving birth, Vogue revealed she was itching to start expanding their family with a fourth child.

Speaking to the Daily Mail last month, she said: "I would have a million kids, I love having children around us and having a big family and I hate the thought of never having a baby again because I love the whole newborn phase.

"Being a mum is literally my favourite thing in the world. I would like to think that we'd have one more but right now I need to see how we get on as a family of five."

But while she might be known as a model and DJ, Vogue admitted that she'd consider a major career change.

She told the publication that she would "happily" give birth as a job if it meant she didn't have to be pregnant.