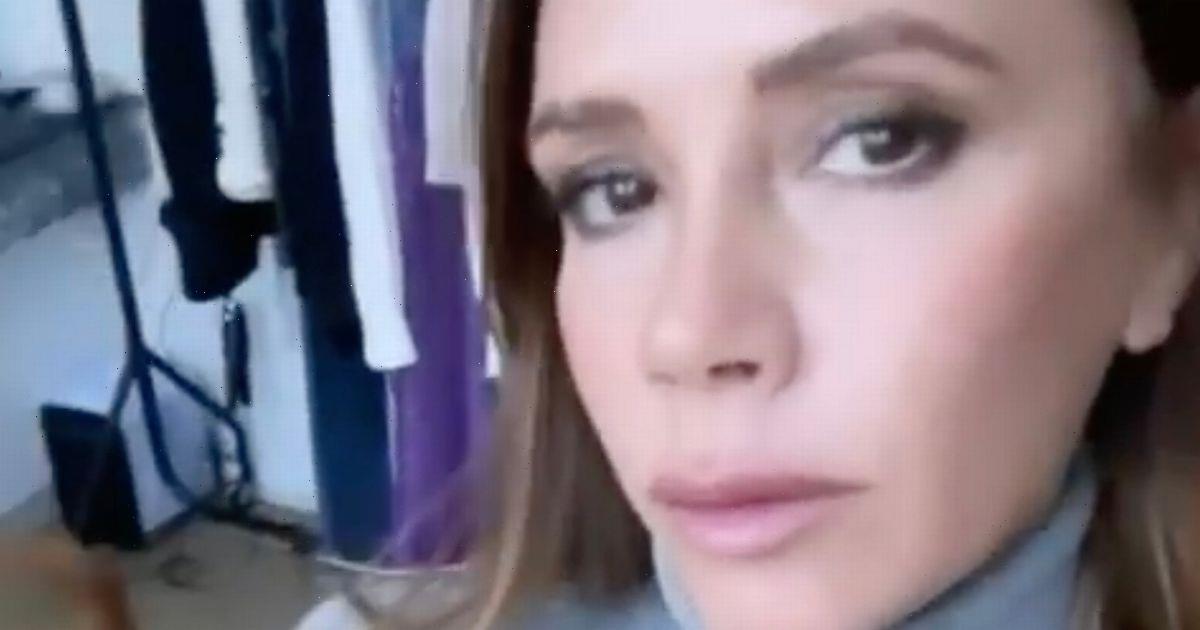 Posh Spice, Victoria Beckham has rustled up the answer to the chilly British winter – a £700 jumper that will leave the wearer with a decidedly cold front.

The designer has just released her “sweater weather” collection and one is a grey creation that is largely open to elements.

A huge slit runs from breast to mid-riff and the cashmere pullover costs a pricey £690.

Would-be buyers are told on her website: “This jumper, with its high neck and ribbed trims, is the perfect everyday piece for autumn.

“We’ve added an unexpected split opening at the front, dropped the shoulder for a slightly relaxed feel, and embroidered the VB monogram in a contrasting shade on the left cuff.” In fact, it appears that one of the models showcasing the jersey online was feeling exposed as she’s wearing a flesh-coloured undergarment in website photos.

But Victoria’s clothes and make-up are proving popular with buyers.

She’s seen an 86% jump in sales, new figures have revealed.

Posh now sells a range of cosmetics alongside her high-end fashion firm and the money is rolling in.

What do you think about the jumper? Let us know in the comments below!

Her clothes and make-up ranges are part of the couple’s Brand Beckham Holdings Ltd.

The former Spice Girl recently gushed over her son Cruz' singing and shared his impressive talent to her millions of Instagram fans.

The 47-year-old has shown her apparent musical gene runs in the family when she shared the TikTok clip of her 16-year-old son.

The mum-of-four cheekily captioned the post with playful emojis poking their tongue out.

In the clip, Cruz, who looks he could be a twin for his footie legend dad David, the teen oozed true pop star style and donned a white hoodie as he moved to the beat.

He sang alongside an unreleased track, as he previously told fans he would like to "make music everybody loves".

it's not the first single released by the teen, as he showed off his skills on his festive tune, Everyday Was Christmas, in 2016.

The Beckhams regularly update fans with their family and home life, with David and Victoria enjoying a weekend in South Derbyshire to support their youngest son at his school football match – showing Cruz may have inherited talents from both his parents.