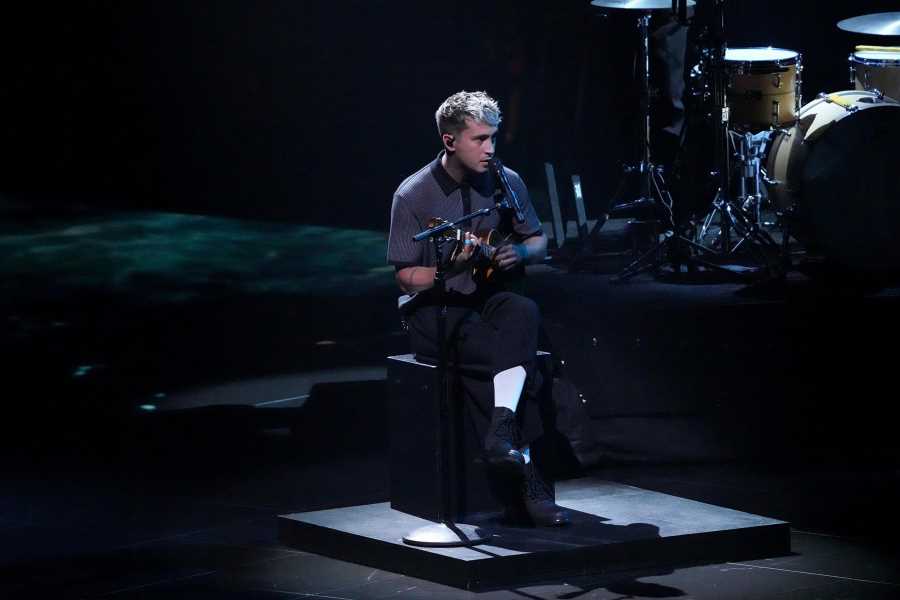 Twenty One Pilots delivered a surprising performance of their song “Saturday” at the 2021 MTV Video Music Awards.

While vocalist Tyler Joseph opened the group’s single “Saturday” with a ukelele, Twenty One Pilots brought out the full band for a rock breakdown and included an unexpected announcement: that Joseph’s wife Jenna is pregnant.

Twenty One Pilots are up for one Video Music Award this year, Best Alternative, for “Shy Away.” The group’s performance marked their first on the show in six years. They previously made their VMA debut in 2015, when they teamed up with A$AP Rocky and performed a medley comprising songs by both artists.

Both “Saturday” and “Shy Away” appear on Twenty One Pilots’ most recent album, Scaled and Icy, which arrived in May. It followed the group’s 2018 effort, Trench.

Twenty One Pilots are set to embark on a North American tour in support of Scaled and Icy later this month. The tour kicks off September 21st in Denver and wraps November 6th in Atlanta.