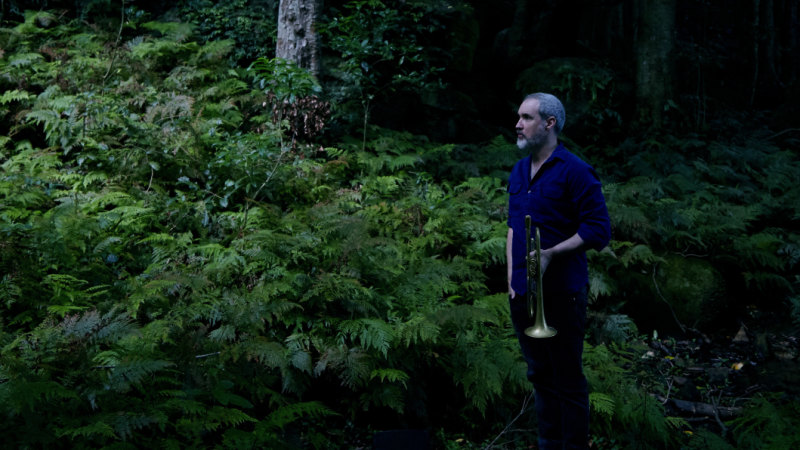 A trumpet was probably the last thing the mountain-bike riders tackling the steep slopes of Mt Keira in the Illawarra expected to hear. But they swiftly accepted the foreign sound. After all, the guy making it was just finding another way to harness and enjoy the landscape's shape.

This was during 2016-17, when Phil Slater, long one of Australia's most innovative trumpeters, improvisers and composers, quarantined himself from other creative activity to explore how place finds expression in music. 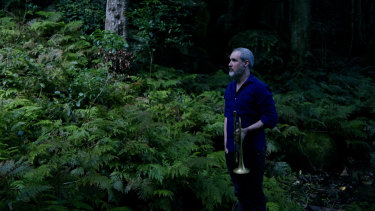 As part of his research for a PhD, Slater instigated a daily practice regimen of improvising in various Illawarra landscapes. The upshot was a complete overhaul of his ideas about music, music-making and the trumpet.

Local composers of all stripes have long turned to the landscape for inspiration, thereby laying claim to Australian "authenticity".

They describe it in lyrics, depict deserts via minimalism, transcribe birdsong or use field recordings. Slater, instead, sought to explore how landscape could regulate performance, rather as wind regulates a weathervane.

Assorted surfaces, objects and events were the catalysts for new combinations of notes, sounds, ideas and feelings, as well as a greater sensitivity to the trumpet's timbre in different environments.

The fundamental question facing all improvisers is: "What do you play?"

"I'm adding a 'Where do you play it?' sub-question," says Slater. "I'm asking if that can actually affect what it is that I play… If you listen to the way that birds sing or that frogs chirp, they don't mask each other; they find space, gaps, rhythms and ways to make what it is that they're doing count. So the more aware of that you become, this niche-seeking becomes a really crucial part in that component of playing."

"And what does happen is self-organised under the constraints of body, implements, environment and rules. It's a matter of applying those theoretical principles to music-making."

The playing kind of becomes like flying a kite.

By restoring the trumpet to being a simple outdoor sound-generating device, Slater's approach changed in myriad ways, as did the relationship between the instrument and his body.

"Instead of looking at Mt Keira and trying to make music that sounds like Mt Keira, my approach was, 'What if you just walk up Mt Keira every day?' All these flexible, self-organising changes occur when the body faces an intervention like walking up a hill.

"I wanted to apply that to music. I wanted to use landscape at that level, not at a representational level. You're understanding place through action, not just passively looking at it and trying represent it."

Weather was as important as rock faces and streams. "The playing kind of becomes like flying a kite," he says, "in that you're so attuned to the wind direction and to what the weather events are doing to you and to the sounds."

After his year of practice he began to make music that, by constraining the playing of the members of his quintet in certain ways, would accommodate these developments.

"When I use the word 'constrain', I'm using it in this ecological-dynamics way which is not restrictive, it's actually generative," he explains. "The constraints actually act as conduits, not barriers… The way that we walk, for instance, is utterly constrained by the structure of the human body, and although we take steps every day and think we're walking in the same way, we're actually walking with incredible flexibility, timing and rhythm. That 'embodied' approach to playing the instrument was what I was trying to harness."

One constraint was to eschew all amplification, which obliged Hirst to find niches within the music just to be heard. Like Slater, he was finding a place to play.

The Dark Pattern is launched at the Sound Lounge, July 27.