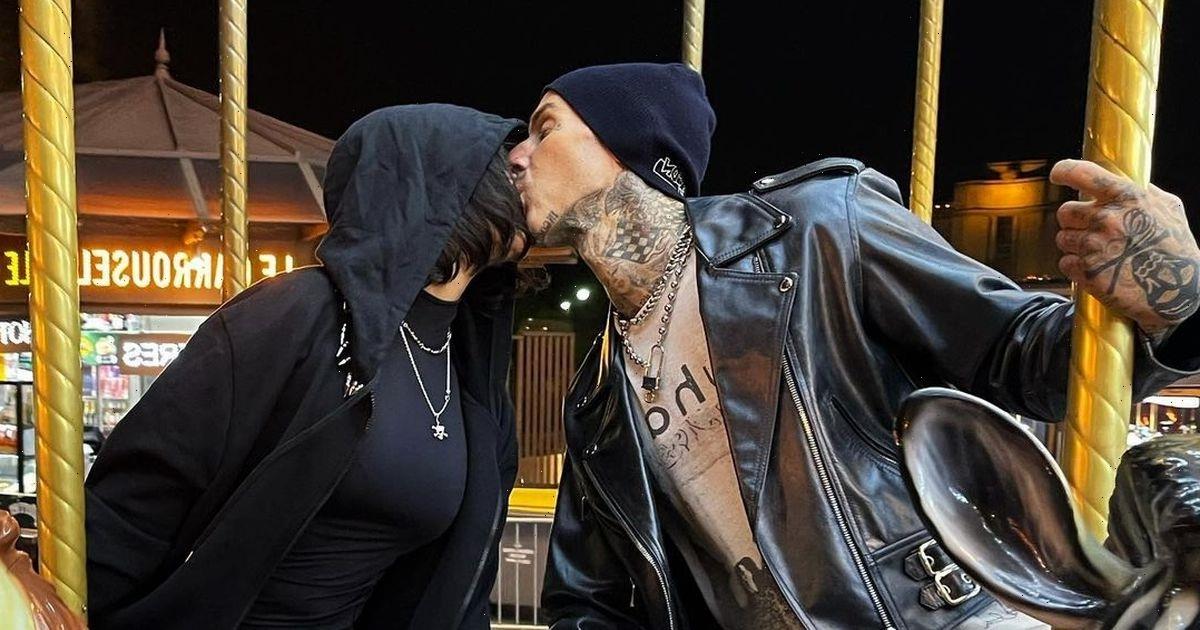 In a bunch of shots shared on Instagram this week, Blink-182 drummer Travis Barker was far from subtle about his intentions toward girlfriendKourtney Kardashian.

Most of the super sweet pics show the effortlessly stylish couple loved up under an illuminated Eiffel Tower on a recent trip to the City of Love.

But in the last, the pair can be seen holding hands and smooching as they ride around horseback – only on a carousel, though.

If anyone is thinking about zooming in to spot a giant rock on the 42-year-old reality TV star’s finger, don’t bother. She isn’t wearing one!

But that doesn’t mean the message here isn’t loud and clear.

'Forever' isn’t a word many people use lightly, so the 45-year-old musician must have marriage on the brain, right?

Who knows, maybe it’s just Paris talking. It is, after all, the most romantic city in the world, so it tends to have that effect.

Whether or not 'forever here really does mean Travis and Kourtney may soon tie the knot, the couple are obviously super into each other.

And it is adorable. Their friends and fans clearly think so too.

TV host Jayme Foxx was the first one to comment, penning: "The cutest cuties in all the land".

"Word on the block is they are officially engaged but keeping it quiet", responded one fan.

Another fan called the whole cutesy scene the "Feel good movie of the year", while a third popped up with: "Couple goals".

The shots reveal just how tight Travis and Kourtney have become since they started dating in January this year.

But these aren’t their first steamy snaps. The pair have been smooching in every corner of the globe, and it’s all over Insta.

This is one love story giving fans all the feels, but it seems a certain ex isn’t over the moon at watching the couple canoodle their way across Paris.

Scott Disick recently DM’d Younes Bendjima – who Kourtney dated between 2017-2018 – to grouch about his ex and her new beau.

That backfired big time, with Younes calling out the bitter socialite.

Kourtney hit back with an image of two people snogging along with the caption: "Relax … This is going to hurt FOREVER".

She followed this with: "HOW TO GET OVER SOMEONE who treated you BADLY."