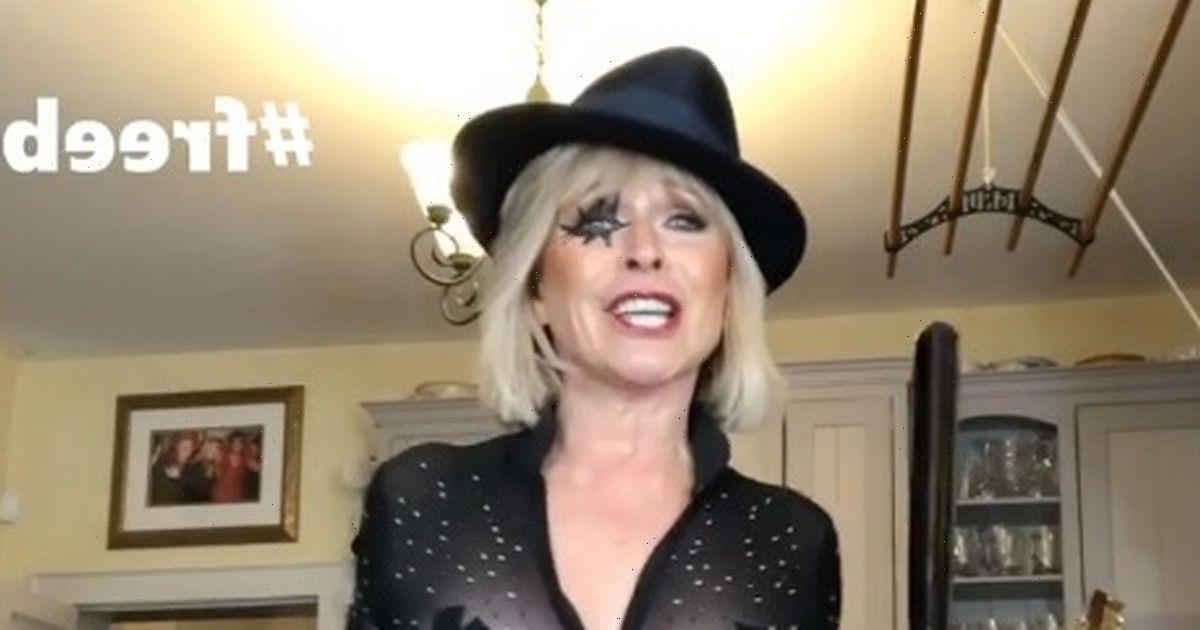 Toyah Willcox has been on the scene for more than four decades as a jack of all trades, having tried her hand at everything from singing and acting to presenting.

The triple threat began her career back in 1977 and in those 45 years the multi-talented star has had eight singles in the Top 40 chart, won Brit Awards for Breakthrough Act and Female Solo Artist, and fronted her self-titled band Toyah.

Birmingham-born Toyah was known as a rebel and, due to her bold hair colours and flamboyant style, she was once known as “The Bird of Paradise” during her youth.

She began her career in theatre before she turned her passion to music.

While playing a role at the National Theatre, she started Toyah and the band became very successful.

In the 90s, her career as a presenter put her on the radar, with gigs on Watchdog, This Morning, Songs Of Praise and Loose Women.

Now, as she turns 64, we're taking a look at her hottest moments, from thigh-high heels to cheeky underwear flashes.

Toyah’s signature fiery locks were a key part of her eclectic look and perfectly offset her porcelain complexion.

She became somewhat of a punk icon for her brazen style and gutsy attitude which earned her the respect of the era’s rebellious youth.

Her humble beginnings summarise her kookiness perfectly, as she stayed in a warehouse called Mayhem where she slept in a coffin which had been used by the French Red Cross to transport fatality victims.

Throughout Toyah’s extensive career, she has recorded 24 albums, written two books, and appeared in 20 films and 40 stage plays.

Pictures of the star performing in a 1997 production of Cabaret were unearthed around her 60th birthday, which show the star in her unforgettable role.

Believed to be around 33 years old in the striking snap, Toyah wore a leotard covered in sequins, fishnets, long black gloves and heels.

All eyes on her

Toyah commanded attention wherever she stepped foot and seemed completely at home on both stage and screen.

Her effortless rebellion was captured in 1998, when she flashed her leopard print pants to the audience during a show.

She was captured lifting up her dress, which she paired with tall boots, and gave a faux shocked expression to the onlookers.

Toyah also reportedly sat with her legs open during the same show, while five years on she showed off her assets in a thong as she played the lead role Calamity Jane.

During the pandemic, Toyah became somewhat of an internet sensation when she uploaded videos of herself and husband Robert Fripp performing at home.

In what video, in which she performed Britney Spears' Toxic, she wore a sheer black blouse and went braless, instead using strips of black tape to cover her nipples.

She tucked the see-through top into a high-waisted skirt which really accentuated her killer figure.

Nowadays, the singing songstress rocks a stylish blonde bob with flipped ends and a full fringe.

With effortless beauty and ageless looks, fans will still deem Toyah's latest snaps some of her hottest.

Her personality beams through in her cheeky smile and ageless beauty, her soft blonde hair effortlessly framing that recognisable face.

She's long ditched the punk fashion that she favoured in the 80s, opting for a demure – yet still bold – colour palette.

The blues, yellows and pink complement her youthful complexion and her delicate jewellery matches perfectly. Another of Toyah's pandemic videos saw her go braless under a skintight white top, which really showed off everything.

The blonde beauty performed a song while on a workout bike while her hubby played his guitar next to her.

But that outfit was tame compared to some others she wore during her lockdown videos.

Toyah really got into the spirit when she slipped into a little cheerleader outfit for another video.

Wearing the red and white costume, she could be seen leaping into the air and kicking her legs up.

The stunner wore a matching red lipstick to complete the outfit, sending her fans wild in the process.

The weekly videos became a moment to look forward to for fans.

Pink to make them wink Toyah is best know for her diverse sense of fashion and daring style, so of course the queen of quirk still injects a bit of sparkle here and there.

Not as daring as her sequin covered leotard from the 90s, reflections of her past and her personality shine through in this pink number.

Accessorised with giant silver bangles and a matching belt, the singer looks like a futuristic metallic dream in this iconic outfit.